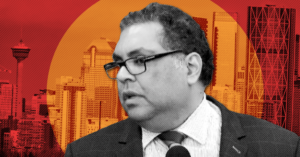 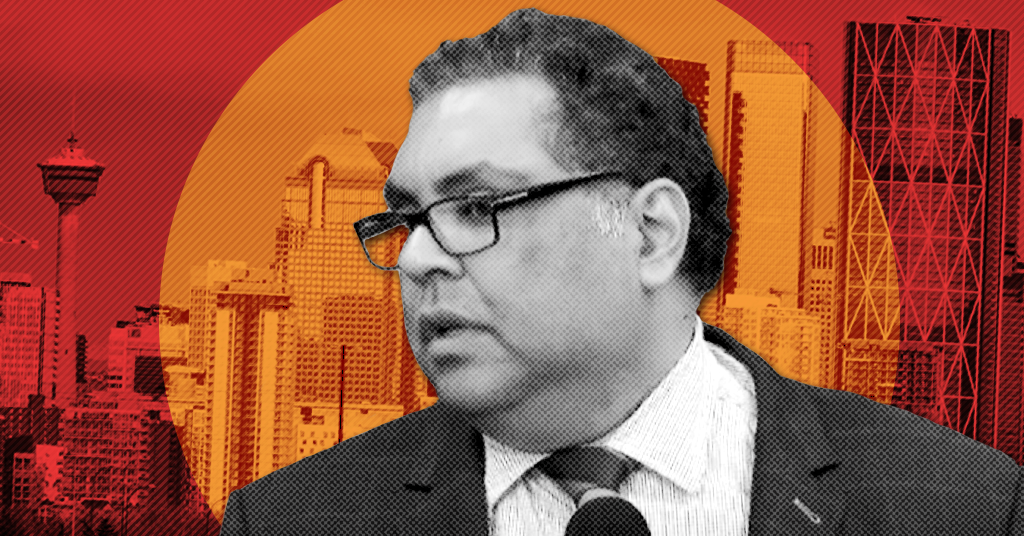 This article is more than 2 months old
New

The Royal Canadian Mounted Police appear to have had knowledge over two years ago about an alleged plot to entrap former Calgary Mayor Naheed Nenshi, a case Calgary Police announced this week is the focus of an active criminal investigation.

According to an investigation by Canadaland, the goal of the alleged plot was to frame Nenshi and members of Calgary city council by capturing compromising material showing them soliciting sanctioned Russian money:

“Wallace said that his plan was what’s known as a ‘big store con’, in which he presented himself to the mayor and city councillors as a representative of billions of dollars in Russian investment money. Eventually, he intended to bug rented office space with recording devices, and invite the mayor to a meeting there. He also hoped to convince the mayor and city councillors to sign a letter to the Russian Embassy in Ottawa requesting a bilateral trade agreement. Ultimately, he hoped to capture Mayor Nenshi soliciting money that would be revealed as dark funds from the list of sanctioned Russian oligarchs. He would then leak the tape to the press.”

Russian officials were invited to the city in 2019 in a letter to the Russian Embassy in Ottawa signed by two Calgary city councillors, Sean Chu and Joe Magliocca – but the visit never happened.

Except Calgary Police are not the first law enforcement agency to be aware that Nenshi was the target of an alleged plot.

According to audio recordings obtained by PressProgress, an RCMP investigator had been tipped off about clandestine efforts to “get rid of Nenshi” as early as 2020.

Audio of a purported phone conversation between Wallace and RCMP Cpl. Steve Morrissey suggests the self-described “political fixer” had also been acting as an intelligence source for the RCMP. Much of the phone call, which was recorded by Wallace, focuses on overseas business activities of a number of Wallace’s contacts before turning to domestic topics.

“What happened with this Calgary stuff with Nenshi?” Morrissey asks Wallace in the recording.

“I’ve had Prem, again, I’ve asked her not to contact me, I don’t answer the phone, I haven’t spoken to her probably two months now, she keeps sending me messages: ‘Bill Turnbull, this person, they want to spend the money now. They found the money to pay you off. Now they want to get rid of Nenshi’.”

“I can actually send you a copy of some of the messages Prem sent me if you’d like. You can read them yourself.”

Morrissey replied: “You can show me next time we get together.”

Local conservative activist Prem Singh and Calgary businessman Bill Turnbull both confirmed to PressProgress they were aware of “Operation Peacock” at the time, though the exact details of their involvement remain to be confirmed.

Contacted at the phone number associated with the recording, Cpl. Morrissey confirmed his identity but declined comment, stating he was “off-duty” and hung up.

RCMP K-Division confirmed Morrissey still works for them but said that as a standard policy, it cannot not comment on information that could be subject to investigations.

“Only in the event that an investigation results in the laying of criminal charges would the RCMP confirm its investigation, the nature of any charges laid and the identity of the individual or individuals involved,” K-Division spokesperson Fraser Logan told PressProgress.

“However, I can confirm that Cpl. Steve Morrissey is a member of K-Division RCMP.”

Wallace claims he has occasionally acted as a “source of foreign intelligence” to the RCMP.

Wallace says he was first introduced to the RCMP in 2020 by local conservative political activist Prem Singh and had “regular contact” with them until early 2021.

“I introduced David to the RCMP that I had spoken to,” Prem Singh told PressProgress. “Then they wanted to talk to him on their own, and apparently told him not to talk to me. And then the RCMP guy basically stopped talking to me.”

Singh said she was not certain about why the RCMP wanted to talk to Wallace, but said she assumed it was in relation to issues that arose during an RCMP investigation looking into the 2017 UCP leadership race.

That meeting is detailed in an audio recording of another purported phone call that took place on August 4, 2020.

“I’m Corporal Steve Morrissey and I work in a unit in Alberta,” Morrissey says in the audio recording. “The RCMP identifies themselves as divisions, so I work in K-division.”

Both Singh and Wallace confirmed to PressProgress that they recalled participating in this call. After making introductions, Singh hopped off the call, leaving Wallace and Morrissey to have a discussion in private.

“How it goes with the off-the-record conversations is I have to kind of assess the information you’re going to give me, because I’m not offering any confidentiality at this point, any privilege or nothing, because I can’t, I need to know the veracity of what you’re telling me,” Morrissey says.

“So it’s kind of like, give me a sneak peek of what we’re going to talk about, I go back, and then the way it kind of works is, in order for me to protect your identity.”

In the same recording, Morrissey discloses he previously worked on the “UCP investigation file.”

“I was transferred to another unit in October. But I’m still attached to this file because I have a lot of due interest in the file.”

First reported by PressProgress in 2019, the RCMP launched investigations looking into allegations of identity theft during the 2017 UCP leadership race as well as a so-called “kamikaze” campaign run by allies of former Premier Jason Kenney.

Earlier this year, the Toronto Star, who relied on the same source documents from Wallace, reported that RCMP investigators had potentially compromised the investigation after leaving voice recorders at the home of Allan Hallman, an associate of Jason Kenney.

According to the Star, the RCMP left the voice recorder at Hallman’s home following an interview in connection to the investigation on January 21, 2020.

Allan Hallman’s son, Chad, confirmed to Canadaland he had initial discussions with Wallace about Nenshi with Wallace and connected him with Singh. Chad Hallman, who worked as one of Kenney’s UCP political staffers, denied any involvement in raising money for the alleged plot.

Earlier this year, PressProgress reported Wallace was also involved in an effort to flow Russian money into Ontario real estate developments in 2018 amid US sanctions.

Update: This story has been updated to include a clip from the August 2020 audio recording between Wallace and Morrissey.