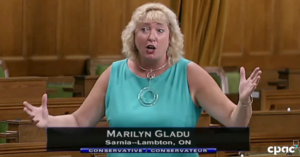 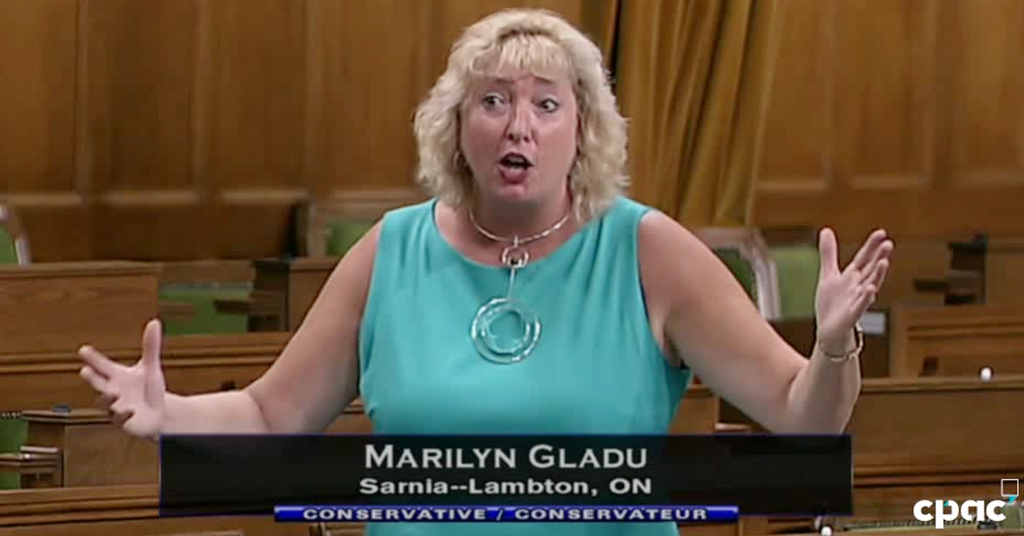 Conservative MP Marilyn Gladu worries that legalizing marijuana will somehow cause Mexican criminals to flood across the Canadian border.

During a bizzare parliamentary debate this week on Canada’s Cannabis Act, Sarnia-Lambton’s Conservative MP predicted that if marijuana is legalized, “people coming in from Mexico” will somehow “take over” Canada’s drug trade

“Let us talk about what organized crime is thinking about the government’s legislation,” Gladu told the House. “They are jumping up and down.”

Gladu, who once praised US President Donald Trump as a “bright light” in the world, went on to suggest changes to Canada’s visa requirements will open the door to an invasion by Mexican drug cartels.

“The government also eliminated the visa requirements for people coming in from Mexico,” Gladu said. “Lots of experienced people could just move in and take over the whole thing.”

Speaking afterwards with the Canadian Press, Gladu doubled down on her xenophobic, anti-Mexican statements.

Gladu pointed to 2008 statistics on Mexican refugees, claiming it showed “there was a large percentage that were of the criminal element”:

“I would point to some of the statistics that we had before the visa (requirement) was lifted … There were about 9,000 (Mexicans) that were coming to Canada and it was costing us about $15,000 and talking about six months before they were deported and there was a large percentage that were of the criminal element.”

Except Gladu’s facts were wrong: those individuals were rejected for having invalid refugee claims, not because they were criminals.

Internal documents show only 0.25% of all Mexican nationals who traveled to Canada between 2012 and 2015 were implicated in any crime – of the 156,000 Mexicans who entered Canada during that time, only 29 were linked to organized crime. After visa requirements were lifted, the percentage actually decreased in 2017.

During the 2015 federal election, Gladu faced scrutiny for anti-Muslim comments on social media declaring that Muslim women who wear the niqab should “pick a different country” and suggesting Muslim immigrants “came to a country with certain values, and now want to kill everyone else.”

Gladu’s remarks prompted a response from Mexico’s embassy in Ottawa, criticizing the Conservative MP for portraying Mexicans as criminals :

“The embassy strongly disagrees and rejects any assertion that singles out or pretends to portray Mexicans as criminals. Comments based on stereotypes are inaccurate and hurt the dignity of the Mexican people and should be avoided.”

Earlier during the same parliamentary debate on the Cannabis Act, Gladu suggested legalizing marijuana will “denigrate our country and the people that have served our country.”

“There’s a lot of Canadians out there that are worried that when marijuana is legalized in Canada, they’re going to use Canada Day to come with flags that have cannabis on them,” Gladu said.

“Everybody will have a t-shirt with cannabis on it, and it will be disgusting.”