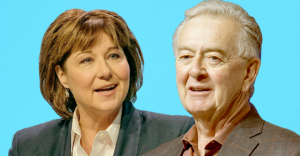 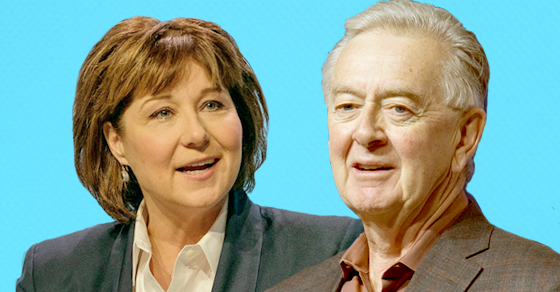 Don’t be hoodwinked by false labels!

According to the Manning Centre, a right-wing think tank named after former Reform Party leader Preston Manning, British Columbia voters should be aware that Christy Clark’s BC Liberals have more in common with Stephen Harper’s Conservatives than they do with Liberals.

And you can trust the Manning Centre knows a conservative when they see one – the right-wing think tank describes itself as “the heart of Canada’s conservative movement,” working to “help conservatives win elections at all levels of government.”

As a matter of fact, in a recent Facebook posting, the Manning Centre actually encouraged conservatives to “vote for Christy Clark” and the BC Liberals.

That endorsement left a few of the Manning Centre’s right-wing supporters scratching their heads – one Facebook follower told the conservative think tank that the words “Liberal and economic growth” don’t belong in the “same sentence.”

But the Manning Centre offers this snappy reminder for anyone who mistakenly believes the BC Liberals are Liberals rather than Conservatives:

It’s worth remembering Clark and Manning have a history that goes some way back. Manning also endorsed Clark’s BC Liberals in the 2013 provincial election.

And Manning isn’t alone – in addition to receiving help from a dozen or more senior Harper government operatives, former Conservative MP (and Manning Centre director) Chuck Strahl quietly worked as an advisor to the BC Liberal campaign too.

Not to mention, Clark delivered speeches at both the 2012 and 2015 Manning Centre Conferences, an event that bills itself as “Woodstock for Canadian conservatives.” Is it any wonder why the Manning Centre thinks Clark’s BC Liberals are conservatives at heart?

Under Clark’s BC Liberal government, the province now has the widest gap between rich and poor in all of Canada. And while they’ve been cutting sketchy deals and directing millions in public contracts to the party’s big money donors, Clark’s BC Liberal government has kept wages below what it costs to earn a living, cut programs that reduce transportation costs for the disabled and remain the only province in Canada that does not have a poverty reduction strategy.

Plus, Clark selected a former Fraser Institute director who has publicly expressed skepticism about climate change science to lead her climate change plan – Clark’s plan ended up being so bad, even her own climate change panel ripped it apart. “Christy Clark is a Liberal in BC but she’s actually sort of a Conservative.”

Good to know the Manning Centre is 100% in agreement.