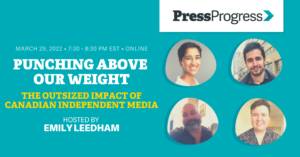 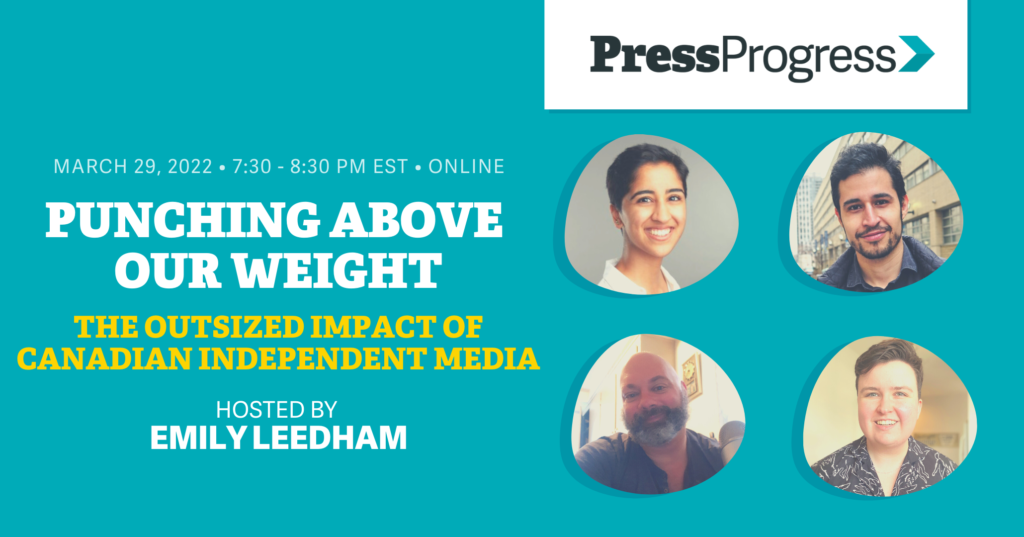 This article is more than 10 months old
Announcement

PressProgress, an award-winning non-profit news organization, is hosting a virtual event on March 29, 2022 called “Punching Above Our Weight: The Outsized Impact of Canadian Independent Media” that will take a look at where journalism is heading and how independent media outlets are punching above their weight.

The panel will share their thoughts on how Canadian independent media has been successful in shifting perceptions about current events, politics and identity in Canada.

The event is moderated by Emily Leedham, PressProgress’ Prairies reporter and editor of PressProgress’ weekly national labour newsletter Shift Work, who will be joined by four guest panelists:

• Saima Desai: Editor of Briarpatch Magazine, a national magazine of grassroots politics based on Treaty 4 territory in Regina, Saskatchewan.

• Kevin Taghabon: Editor at The Hoser, whose reporting focuses on labour, police violence and protests and demonstrations in Toronto. 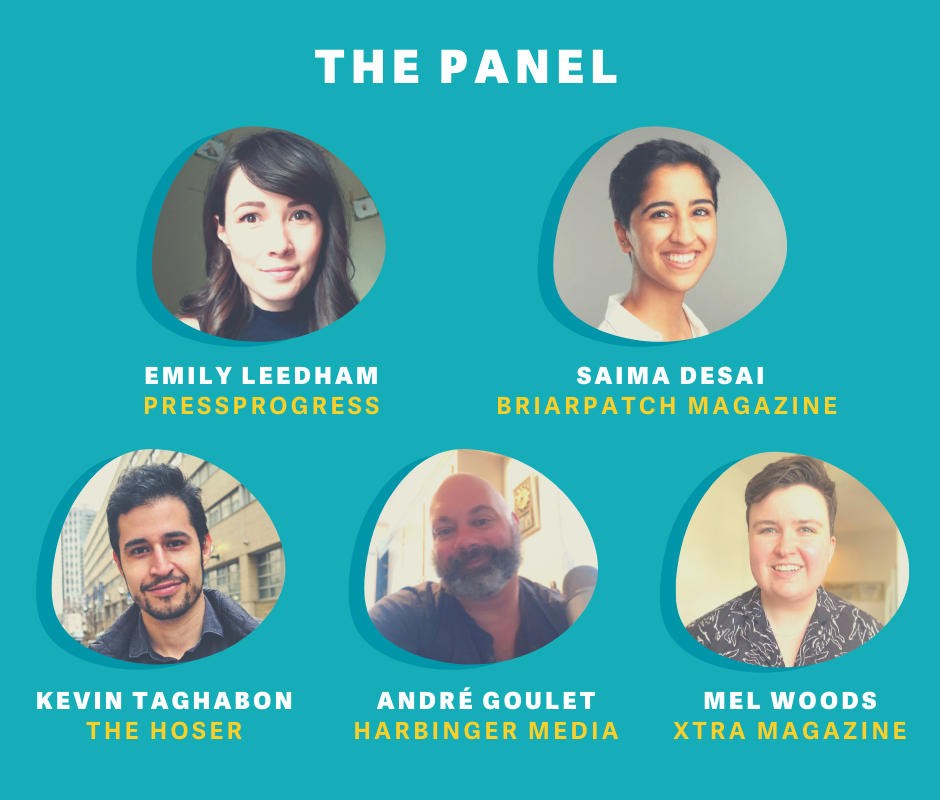 WHAT: Punching Above Our Weight: The Outsized Impact of Canadian Independent Media

Sign up for the event by clicking here or use the form below: