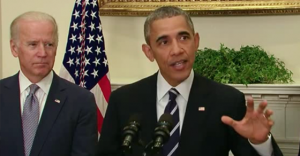 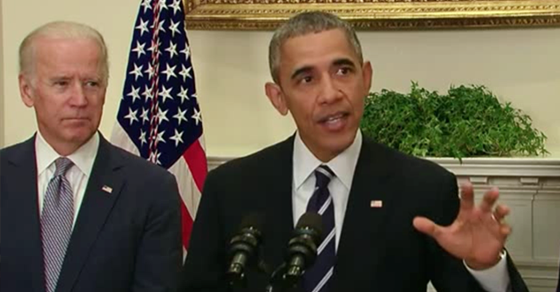 Explaining that he wants America to be seen as a leader heading into the UN climate conference in Paris, U.S. President Barack Obama formally rejected the Keystone XL pipeline application on Friday.

“America’s now a global leader when it comes to taking serious action to fight climate change,” Obama said. “Frankly, approving this project would have undercut that global leadership.”

“Today we’re continuing to lead by example because ultimately if we’re going to prevent large parts of this earth from becoming not only inhospitable but uninhabitable in our lifetimes we’re going to have to keep some fossil fuels in the ground rather than burn them and release more dangerous pollution into the sky.”

Obama’s decision is a blow to former Prime Minister Stephen Harper, who spent several years aggressively pushing the pipeline project as part of his dream of making Canada an oil superpower. Harper even said he was not willing to “take ‘no’ for an answer” on Keystone.

The decision will also force new Canadian government to rethink its pipeline policies.

On Friday, new Prime Minister Justin Trudeau said he was “disappointed by the decision.” Trudeau had been pushing for a ‘yes,’ and on his first trip to Washington as Liberal Leader, he explained the pipeline was “not as bad as it’s been caricatured”:

“I’m seen as a strong, young progressive with an environmental background. The fact that I’d be talking positively about the project I think got people thinking about the fact that perhaps it’s not as bad as it’s been caricatured.”

The first thing Trudeau might think about doing to adapt to these changes is putting his new environment minister Catherine McKenna to work on a new plan to tackle carbon emissions just in time for the Paris climate conference.

Earlier this week, environmental groups complained that the government was heading to Paris at the end of the month with the exact same emissions targets the old Harper government was going to use.