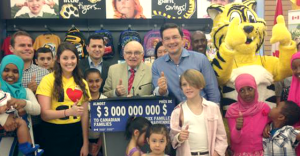 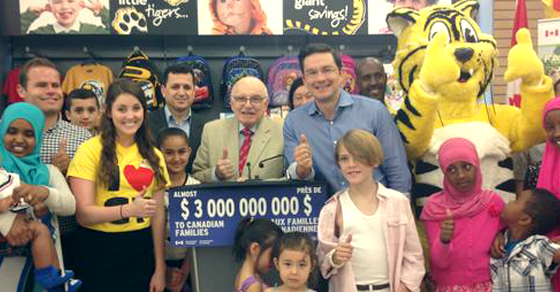 Are these photos blurring the line between public and party business?

Are these photos blurring the line between public and party business?

Here’s Poilievre tweet about the taxpayer-funded event with, in the words of The Canadian Press described, “aspiring Conservative candidates as his backdrop.”

Well, Poilievre was there, as well as a 7-foot tall tiger.

Ottawa-Orleans Conservative MP Royal Galipeau was there. That’s understandable – Galipeau actually is an elected official, so he has a legitimate reason to be there.

But photos from the event posted on social media show Ottawa-Nepean’s Conservative candidate Andy Wang was at the announcement too:

Proud to stand with @PierrePoilievre and @AbdulAbdi6 to support Canadian families with the enhanced #UCCB! pic.twitter.com/sPlnPQnYvu

Wang, a former aide to Poilievre, recently came under fire from members of his own party after winning the nomination to represent the riding next door to Poilievre’s own Nepean-Carleton riding.

Who else? David Piccini, Conservative candidate for Ottawa-Vanier: And we also know Ottawa-Centre’s unelected Conservative candidate Damian Konstantinakos was in the house, as well:

But despite all these photos of Poilievre, Conservative candidates and Giant Tiger’s mascot now floating around the Internet, those candidates are curiously absent from the official photos Employment and Social Development Canada (that’s Poilievre’s department) posted Monday morning.

Was ESDC trying to avoid repeating the same mistake they made the last time, when the department posted — then deleted –a picture of Conservative candidates attending a taxpayer-funded government event promoting the Universal Child Care Benefit?