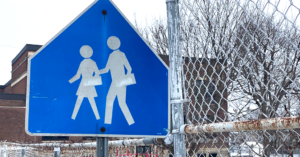 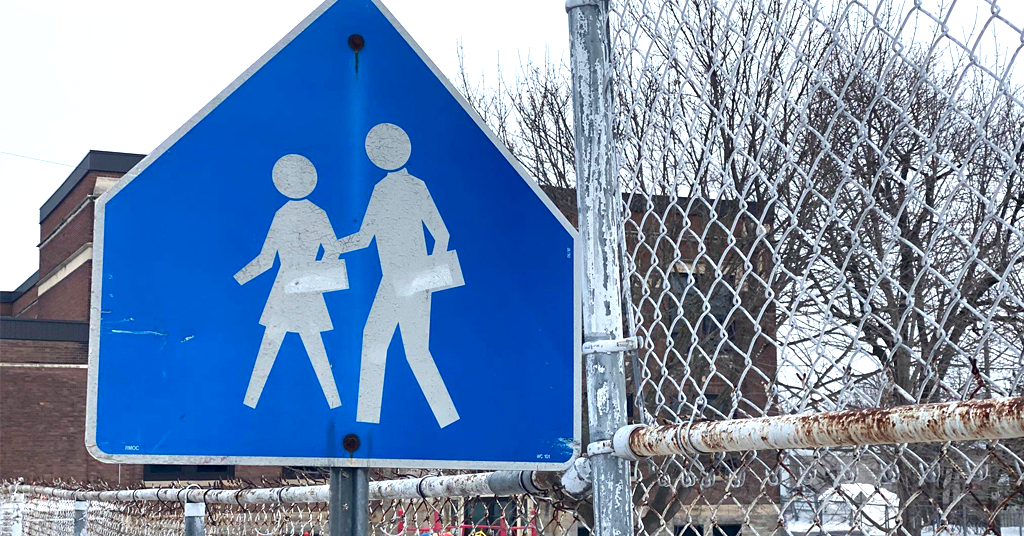 Another Ottawa-area school is reporting an incident of harassment as Canada’s capital enters its third week under siege by a convoy led by far-right extremists.

A “notice of incident” email obtained by PressProgress shows school officials at Devonshire Community Public School notified parents Friday afternoon that a pick-up truck was involved in a hostile confrontation with parents.

Devonshire, which is located in Ottawa’s Hintonburg neighbourhood, is a significant distance from the main action of the far-right convoy — nearly three kilometres away from Parliament Hill.

The email, signed by the school’s principal, indicates two parents were confronted by an individual in a pick-up truck who video recorded the random act of harassment.

“This morning two parents advised that after dropping their children off at school, they were approached by a pick-up truck and verbally harassed by the driver who videotaped the incident,” the email states.

It adds that the parents asked the driver to “leave children alone” and then “reported the incident to the police and the school.”

“Additional staff are outside during recess and are monitoring for unusual behaviour and will bring children into the school if there is any reason for concern.” 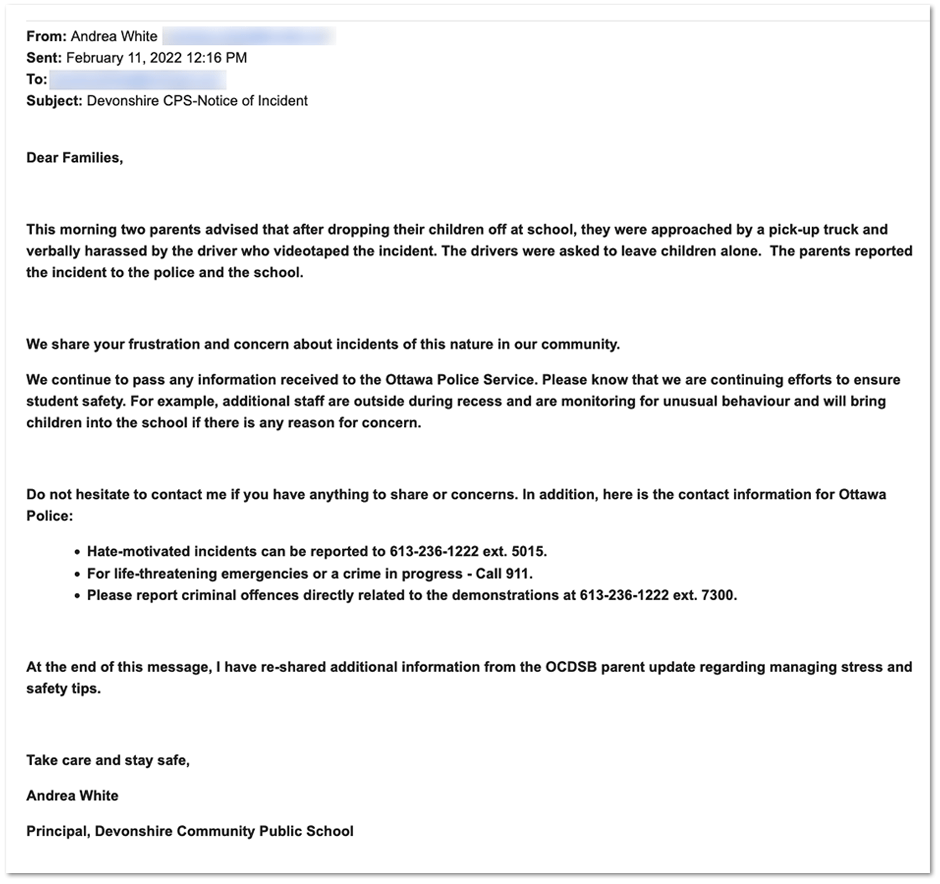 Letter to parents from Devonshire PS

The Ottawa-Carleton District School Board confirmed the authenticity of the email to PressProgress, as well as the description of the confrontation.

“We have clearly stated that children, parents and staff should not feel threatened in any way when going to or from school,” OCDSB spokesperson Darcy Knoll said in a statement. “We encourage anyone who experiences harassment to notify the Ottawa Police and to advise the school.”

One Devonshire parent told PressProgress a police cruiser was stationed at the school later in the day.

The encounter at Devonshire comes one day after the OCDSB issued a statement condemning convoy leaders for discussing plans to target area elementary schools.

We have seen tweets circulating about protestors having the convoy drive past schools. This idea is unacceptable. Schools are places for learning, and the safety of students and staff should not be threatened.

That incident followed a video broadcasted by convoy leader Pat King in which King and others discuss a plan to drive slowly in circles around schools.

“Go to the schools and let the kids see the convoy.”
“There’s a good one, we’d go roll the schools.”
“Every child matters, baby.”

The convoy had declared Friday “orange shirt day,” a deceptive attempt to co-opt the “every child matters” campaign devoted to residential school survivors and transform it into an anti-public health message.

King, who is a far-right extremist, has previously broadcasted rants about the “depopulation of the Caucasian race” and suggested the only way the convoy to Ottawa would be “solved is with bullets.”

Downtown Ottawa City Councillor Catherine McKenney has called on Ottawa Police and Mayor Jim Watson to provide the public with a plan to defend schools.

“As expected, alarmed parents are reporting that the occupiers are harassing kids and parents around schools,” McKenney tweeted. “Are police defending our schools today? We are begging you … tell us the plan to keep kids safe.”

As expected alarmed parents are reporting that the occupiers are harassing kids & parents around schools. @OPSChiefSloly I just sent another urgent msg to you. Are police defending our schools today? We are begging you (cc @JimWatsonOttawa ) to tell us the plan to keep kids safe