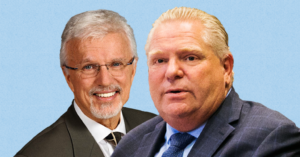 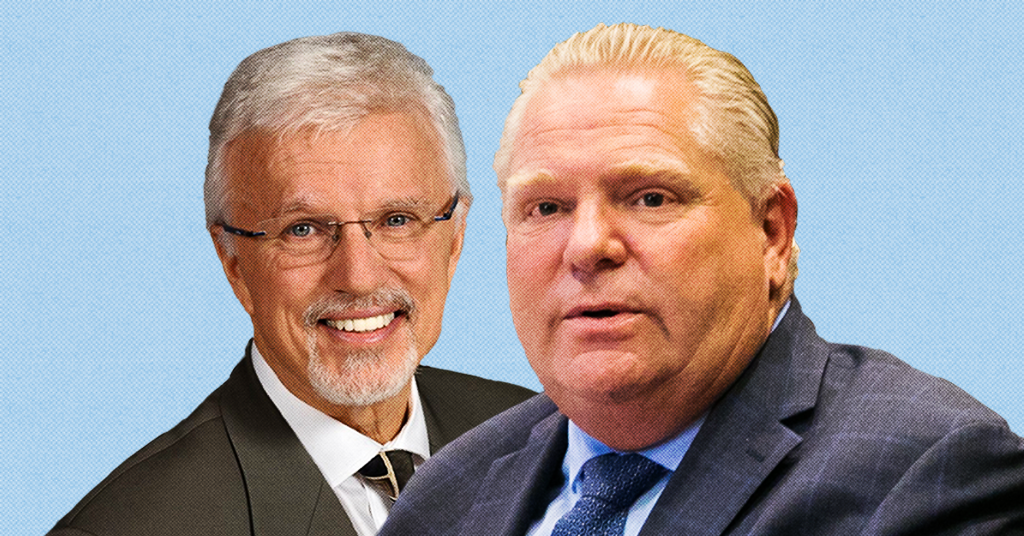 Progressive Conservative MPP Rick Nicholls felt a little too under the weather to answer questions about why Doug Ford is ending paid sick days in Ontario.

According to the Chatham Daily News, the southwestern Ontario MPP developed a sudden illness shortly after members of a local labour group paid a visit to Nicholls’ constituency office to deliver a petition voicing concern about Ford’s move to eliminate paid sick days and cancel a raise for minimum wage workers.

After the group went into the constituency office and asked to speak with Nicholls so they could deliver signatures opposing Ford’s changes to Ontario’s labour laws, the MPP’s executive assistant called police.

Police reportedly quizzed the labour group about their intentions, namely whether they were planning to “block the parking lot.” After a brief conversation, the officer left the scene without incident, telling them if they were simply at the constituency office to supply or receive information, then that is “wonderful.”

Mario Spagnuolo of the Windsor & District Labour Council told the Daily News that the group is “very concerned” about the Ford government’s plans to gut Ontario’s labour laws, noting Ford’s minimum wage rollback will “take money out of the pockets of the working families.”

Unfortunately, when reporters contacted the MPP later in the day, Nicholls wasn’t able to address Spagnuolo’s concerns due to ill-timing:

“Due to illness, Nicholls was not available for comment in the afternoon.”

Spagnuolo noted Ford’s plan to end paid sick days is only going to force people to work while they’re sick:

“Another concern, he said, is the government’s plans to remove the rules for 10 emergency or sick days, two of which are paid. These will be replaced with three sick days, three days for family responsibility and two bereavement days, all unpaid.

“All we’re doing is encouraging people to go to work sick and that’s not good for anybody because it spreads viruses, especially during the flu season,” he said. “I don’t think the government has thought this through.”

In addition to eliminating all paid sick days for workers, Ford’s new labour laws will give employers the right to demand a doctor’s note to take unpaid sick leave.

In 2015, Nicholls made headlines after he stated that he does not believe in evolution.