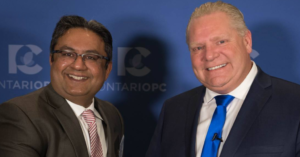 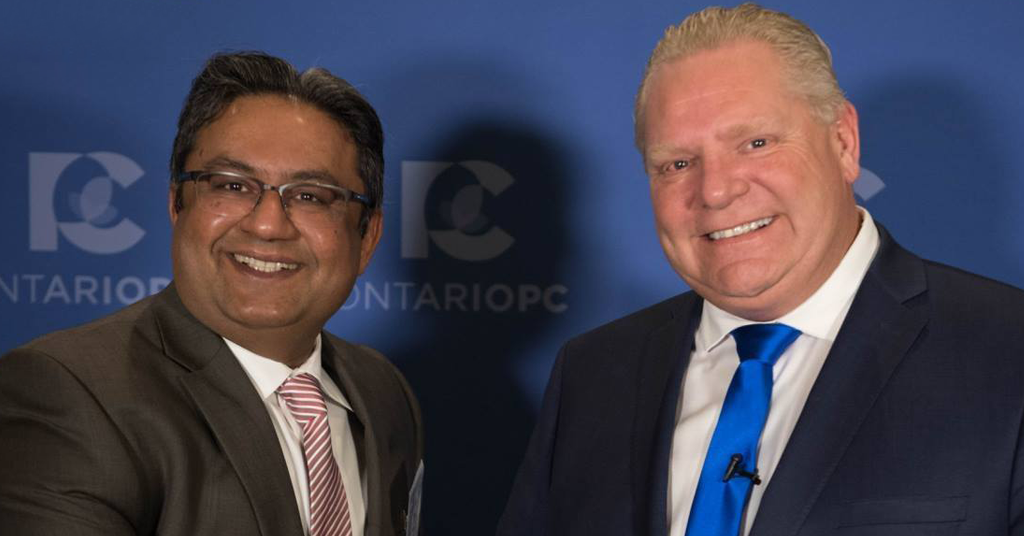 Conservatives in Windsor sound like they may have stayed up late binge watching InfoWars videos on YouTube this weekend.

Sunday morning, one of Doug Ford’s candidates in Windsor shared a bizarre graphic insinuating that the Ontario NDP’s policies to make investments in education and healthcare are somehow linked to the ‘New World Order’.

Ontario PC candidate Mohammad Latif retweeted a graphic shared by Scott Duquette, the local PC riding president in Windsor-Tecumseh, along with a message declaring “this is why I fight the NDP,” and added that he does not believe in “subjugating” the population of Ontario under “state control.”

The graphic, retweeted by both Windsor-Tecumseh’s PC candidate and local riding president, is titled “globalist agenda” and lists how things like the education and healthcare systems are a ruse by a secret cabal to “control the people.” “There are 8 levels of control that must be obtained before you are able to create a social state,” the graphic claims, pointing to “education,” “healthcare” and “gun control” – among others.

As health and education fall under provincial jurisdiction, the people of Windsor-Tecumseh might be very interested to learn their local PC candidate and his riding association would promote the idea that healthcare is a secret plot to “control the people” or that the school system is designed to “take control of what people read and listen to.”

Doug Ford candidate thinks heath care is part of a globalist agenda to subjugate is to state control. That’s pretty wild. Is “globalist” code for something? pic.twitter.com/zM22KXFsyt

“Does any of this sound like what is happening to Canada?” the graphic asks. The graphic claims it is based on the writings of 20th century activist Saul Alinsky, except it turns out the entire thing is 100% fake.

The prominent fact-checking website Snopes.com looked at a virtually identical viral graphic in 2014 (the 2014 version asked if it sounds like “what is happening to the United States?”) and concluded it is “not something taken from the actual writings of Saul Alinsky, nor does it even sound like something he would have written.”

Snopes traced the origins of the graphic to another right-wing hoax called the “Communist Rules for Revolution,” which falsely claims to be a document that was “discovered” by allied troops in Dusseldorf, Germany in 1919. The document was widely circulated by far-right groups such as the John Birch Society during the Cold War – former FBI director J. Edgar Hoover testified that the document is fake while even conservative writer William F. Buckley Jr. called it a forgery.

Interestingly, federal Conservative MP Larry Miller promoted this right-wing hoax as if it were fact back in 2015.

However, organizations that track hate groups such as the Southern Poverty Law Center note rants about globalists “often serves as a ‘dog whistle’ for racist, anti-Semitic and antigovernment conspiracy theorists.”