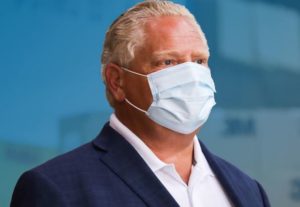 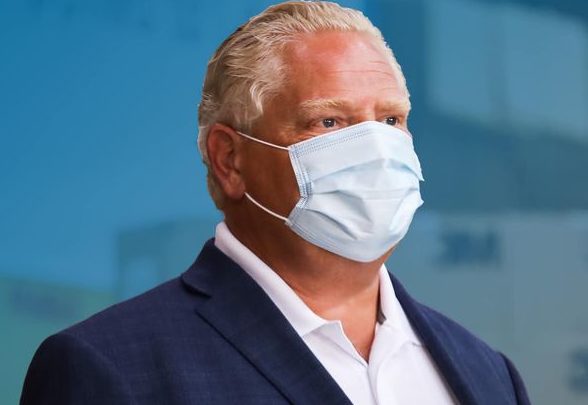 The Ontario government told Prince Edward County teachers policies potentially allowing students who refused masks to remain in class were not “hazardous” conditions — at least until students returned to school.

An inspection report obtained by PressProgress finds Ontario’s Ministry of Labour declined to order additional changes to policies at the Hastings and Prince Edward District School Board — after the union complained board policies would reportedly allow students who refused masks to remain in class.

Ontario Secondary Schools Teachers’ Federation District 29 president Scott Marshall told PressProgress “Just two days before our students came back, teachers at a couple of our worksites were told that students who refused to wear masks could remain in the classroom.”

The school board did not respond to multiple requests for comment.

But a spokesperson for the board told QuinteNews “If a student refuses to wear a mask and a teacher/worker cannot be 2 metres from that student, the teacher/worker will continue to take reasonable precautions by adding PPE, such as a face shield.”

The board’s statement further reads “additional actions may be taken” — like changing the classroom seating plan to allow for two metres distance “between the non-mask-wearing student and the nearest person in the classroom.”

The September 2 inspection report from WorkSafe Ontario reads the Ministry was told:

“The employer is not planning on following Ministry of Education guidelines requiring all high school students to wear masks. It was stated that if students refuse or decline to wear masks for non-medical reasons, they will be allowed to attend the class.”

The report said the union local complained “the employer is not taking all reasonable precautions to protect workers from exposure to unmasked students.”

The inspection report notes the Occupational Health And Safety Act requires employers implement a “hierarchy of controls” to reduce the risk of exposure to COVID-19.

That includes, where possible, allowing for two metres social distancing, “and the use of source control masking” — while providing workers with Personal Protective Equipment at “a minimum.”

Regarding social distancing, Marshall told PressProgress, as the Hastings and Prince Edward District School Board is a non-designated board, it isn’t subject to class size reductions.

Marshall noted the board’s highest class sizes exceed 30 students. “The central teacher agreements that were reached allowed class sizes to be larger than ever,” he said.

While staff are being provided with PPE, he said, the inspector determined the risk of students refusing to wear masks was still “speculative.”

“We were told it is speculative because we filed the complaint before students had returned so no student had then actually refused to wear a mask,” Marshall said.

“The complaint received by the MLTSD is speculative in nature, there is no hazardous condition currently existing since classes have not started as of yet.”

As PressProgress reported previously Ontario’s Ministry of Labour previously acknowledged it ordered some workers who refused work owing to a perceived risk of COVID-19 return — because it was not clear the hazard existed in the workplace.

Ontario’s Ministry of Labour did not respond to multiple requests for comment from PressProgress.