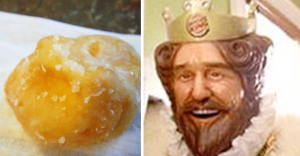 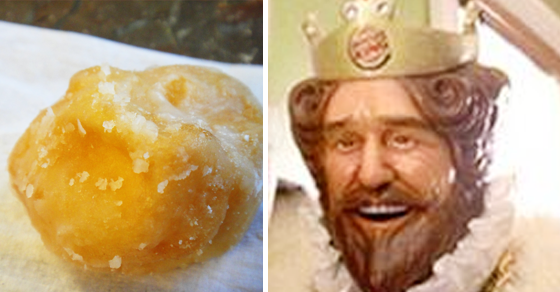 One reason why the Tim Hortons-Burger King deal looks sketchy

It’s official: Tim Hortons and Burger King have struck a deal to create the world’s third-largest quick service restaurant company. People on both sides of the border have been quick to call Burger King’s planned acquisition an example of a tax inversion — a way for American corporations to dodge their tax duties by merging or acquiring […]

People on both sides of the border have been quick to call Burger King’s planned acquisition an example of a tax inversion — a way for American corporations to dodge their tax duties by merging or acquiring a company in a foreign country with lower tax rates. (In this case, Burger King will retain its Miami headquarters, while the conglomerate’s address will be in Oakville, Ont, Tim Horton’s stomping ground.)

But it could be a little more complicated than that.

The problem with calling this a straight-up tax inversion is that on the surface, Burger King doesn’t really gain much by moving to Canada.

While Canada’s statutory corporate federal tax rate is lower than the United States (15% versus 35%), both companies actually pay very similar effective tax rates (around 27%) when you include Canadian provincial taxes or deduct various loopholes available (the effective tax rate is the actual amount a company pays in tax, as opposed to the official statutory rate).

So despite what some people have said (*cough* Jason Kenney), that doesn’t quite seem to answer “why”: What if the deal is more about an American corporation taking advantage of how Canada doesn’t tax the international profits of multinational corporations?

Once you understand that, it’s obvious that the appeal of this strategy will vary in direct proportion to how much business you do in the U.S. and how much you do in, say, Bermuda.

Now, you might naively say: I doubt a lot of multinational companies do a lot of business in Bermuda! But I just told you that was naive. The key tricks are really to:

Levine’s analysis is consistent with the explanation from the two companies: “a key driver of these discussions is the potential to leverage Burger King’s worldwide footprint and experience in global development to accelerate Tim Hortons growth in international markets,” according to their joint statement.
In other words, the deal means Burger King will pay significantly less tax on the profits it rakes in from 13,000 franchises spread across 98 countries.
And if the new Burger Hortons conglomerate hypothetically wanted to establish subsidiaries in Barbados or another low-tax, high-secrecy jurisdiction and send their foreign profits there, as Canadian pharmaceutical company Valeant has been accused, they’d have an easier time doing it while being headquartered in Canada.
(Strangely, the tiny island nation of Barbados is #3 on Canada’s list of destinations for Foreign Direct Investments after the U.S. and the United Kingdom, amounting for nearly $63 billion of the $185 billion in Canadian money stashed in the world’s top ten tax havens in 2013.)

King and Horton: a dodgy history dating back to time as ex-roommates in Delaware

Both Tim Hortons and Burger King have what you could call a dodgy history when it comes to taxes.
In 2009, Tim Hortons announced it was returning to Canada from the state of Delaware (the Blue Hen State has been called a $20 trillion corporate “tax haven” by the Economist) because it would “save on taxes and make international expansion easier.” But while they were down in Delaware, Tim Hortons was registered at 1209 North Orange Street, a lonely, one-story building in Wilmington. This was the registered address of close to 300,000 corporations, including Walmart, General Electric, Google, Bank of America and Coca-Cola.
Guess who Tim Hortons’ roommate was down in Delaware?

The global economy has already seen some pretty elaborate uses of networks of subsidiaries spread across several countries. American tech giants like Google and Amazon are now well-known for their “double Irish and Dutch sandwich” selling intellectual property back and forth between each other to reduce their tax bills, for example.
So could this be the new corporate tax scheme? The Canadian double-double?