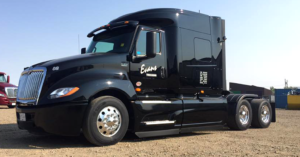 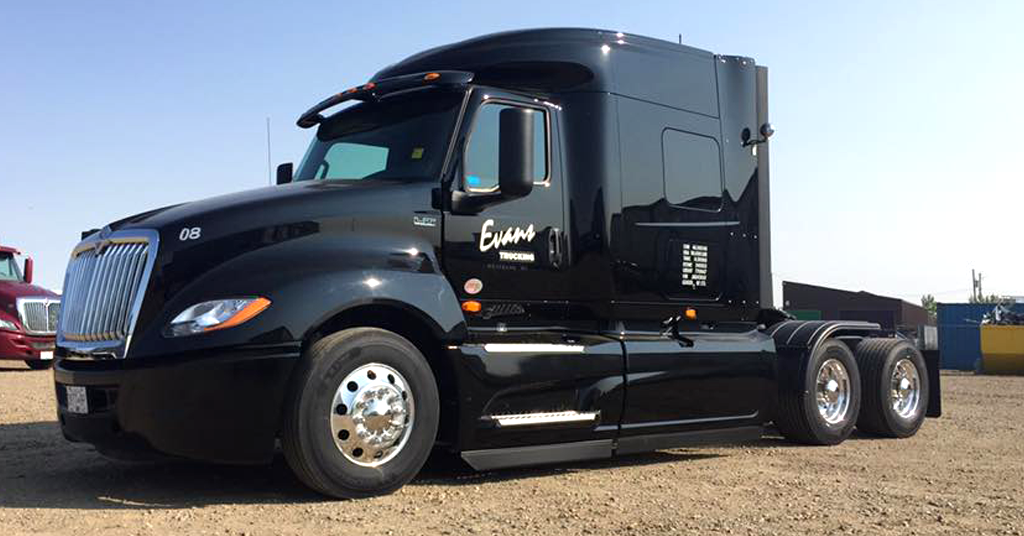 This article is more than 11 months old
NEW

One of the wealthy donors who helped bankroll the convoy that has occupied Ottawa streets for nearly two weeks says not only does he stand behind his donation, but believes acts of civil disobedience against public health measures are Canada’s last hope before “civil war.”

As the so-called “Freedom Convoy” approaches its second week occupying Ottawa, Mayor Jim Watson has declared a state of emergency, an Ontario court has issued an injunction stopping all-night honking, and over 200 hate incidents have been reported to police.

Ottawa’s police chief is now requesting thousands of reinforcements to break the convoy up.

Leading up to the far-right siege of Ottawa, convoy organizers raised over $10 million through GoFundMe before the crowdfunding platform shut down the convoy’s account on February 4, stating that the convoy had violated the platform’s Terms of Service prohibiting the “promotion of violence and harassment.”

CBC News reported a large number of those donations came from unnamed and foreign sources.

However, a list of donors to the anti-vaccine convoy reviewed by PressProgress identifies a number of wealthy donors and businesses who are real and based in Canada.

One name that appears on that list is Evans Trucking, which gave the convoy $5,000. 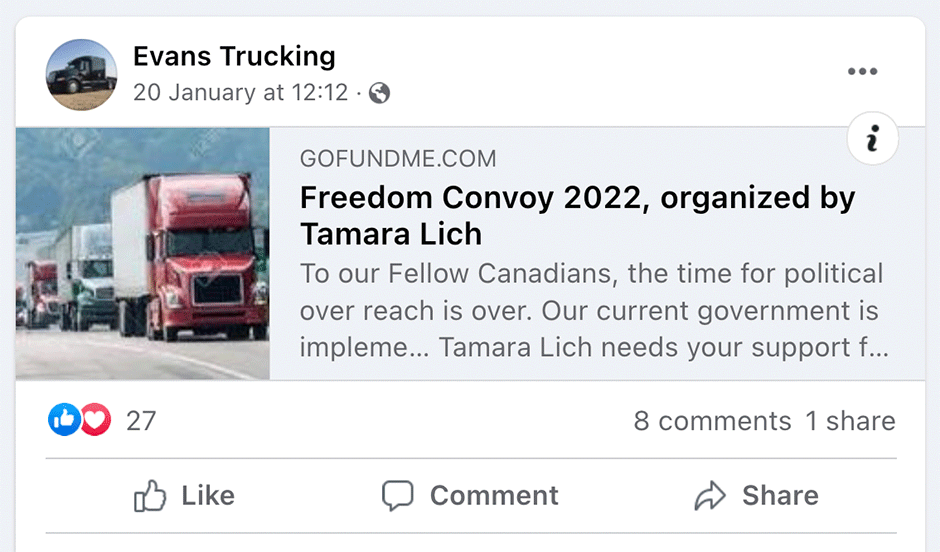 Reese Evans, General Manager of the Coaldale, Alberta-based trucking company, confirmed he financially supported the convoy because he wants to see “freedom” restored in Canada.

“Freedom to live our lives the way we did four years ago without being mandated or threatened into putting things in our body under duress,” Evans explained, adding while he thinks “vaccines are a good thing in this world” he doesn’t “care for being told that I have to or else.”

“We as a company have conservative values,” Evans noted. “We obviously do not agree with vaccine mandates. We never have.”

Evans predicts Justin Trudeau will be brought down by a “no confidence vote” as a result of protests in Ottawa, something which may usher in a new era for Canada. “I have very, very high hopes that Pierre Poilievre is going to get into the UCP federal position,” Evans said. “I really honestly believe he would do a very, very good job of being prime minister.”

Evans, who has spent “many nights” at the blockade in Coutts, said he voted for Jason Kenney’s United Conservative Party in 2019 but no longer supports them because Kenney is “not acting in a way that a Conservative leader would be.”

Evans suggested someone is “pulling his strings” but declined to say who. “We all have our assumptions,” he said with a chuckle.

Evans dismisses complaints about the presence of hate groups and photos of Swastikas at the protests in Ottawa: “They’re probably plants. They’re probably Antifa members or whatever you want to call them. This is the most peaceful protest in the history of our world.”

“This was a cause that got fired up and got momentum and one we absolutely stand behind through and through to the end.”

And if the “peaceful protest” doesn’t end in Ottawa or at the Canada-US border in Coutts the way Evans hopes it will, he predicts the “next step” will be violence.

“People have been protesting quietly,” the trucking company owner said. “Now people are tired of it, people are fed up with it, people have had their last nerves stepped on.”

“The next step is they all go back and they have a gun in their hands,” Evans reiterated to PressProgress.

“There’s some civil disobedience going on in, which is the border blockades, and this is happening in Sarnia, Ontario now and Ottawa is playing their part as well, but this isn’t a war yet, it’s just at the disobedience part, but eventually if it doesn’t get listened to or negotiated, it will turn into that.”

But if it comes down to it, the general manager of Evans Trucking says he is prepared to participate in a civil war.

“If it’s going to be turning into a second-class citizen and I can’t feed my family and I can’t work for a living because I’m not vaccinated and the government tells me so, you betcha, you betcha I’m participating in a civil war,” Evans said.

“Freedom is not free, friend.”

Evans said he is looking into filing a request to refund his $5,000 from GoFundMe.