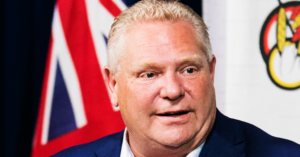 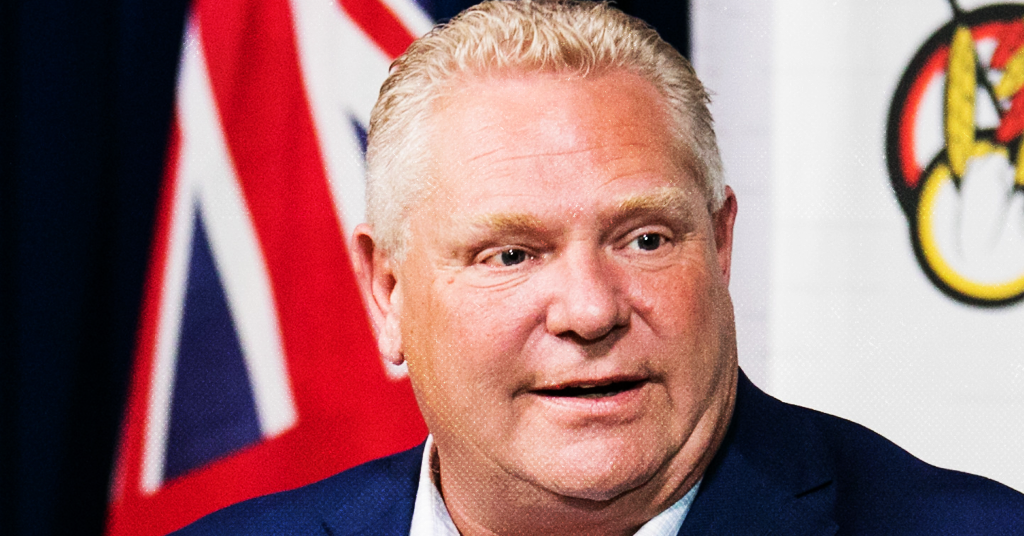 Doug Ford’s government is trying to pressure Ontario’s teachers to get behind his plan to increase school class sizes, eliminate thousands of jobs and even possibly end full-day kindergarten.

But teachers say they’re ready to go on strike to stop Ford from making a mess of Ontario’s schools.

At the bargaining table, Ford’s government is currently pressuring teachers to accept a plan to eliminate 6,000 elementary teaching jobs, significantly increase class sizes above grade 4 and refusing to guarantee that the quality of kindergarten will be off the chopping block.

Back in March, the Ford government announced Ontario’s average high school class sizes will increase from 22 to 28 students and it will increase average elementary class sizes for grades 4-8 from 23.84 to 24.5.

Ricardo Tranjan, a researcher with the Canadian Centre for Policy Alternatives, says the Ford government’s claims that the province has too many teachers is not supported by the numbers.

“Overall, when we look at how many teachers we have in Ontario’s school system compared to how many students we have, Ontario is very average,” Tranjan told PressProgress.

According to the Financial Accountability Office, Ford’s proposed class-size increases would mean eliminating 10,054 teaching positions by 2023-24.

“Under our government, not a single person will lose their job.” #onpoli #ONelxn #OnDebate

Though the change in high school class sizes is subject to ratification, he said “we’ve not heard anything in that regard concerning elementary schools.”

In a press release, the Elementary Teachers Federation of Ontario stated that Ford’s government “doesn’t seem to care about students with special needs, our youngest learners in Kindergarten, larger elementary class sizes, and fewer elementary teachers in schools.”

“All the Ford government cares about are cuts,” ETFO said.

The ETFO noted that it asked the government “point blank” at the bargaining table if the government intends to cut elementary education in 2020, but said they only received “evasive non-answers.”

The elementary teachers’ union says it also wants guarantees full-day kindergarten will remain beyond this school year and that the ratio of teachers to early-childhood-educators will not be reduced to make cuts.

Ford previously signalled full-day kindergarten could be next on the chopping block.