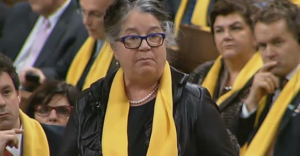 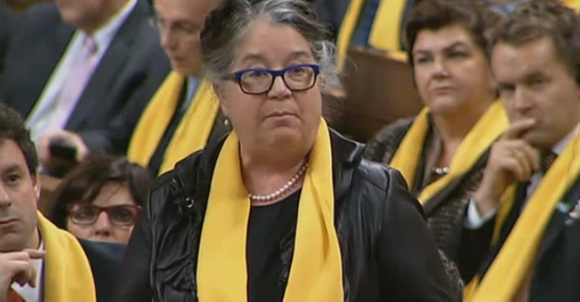 Facing multiple questions from opposition MPs during Question Period Thursday, Lebouthillier said twice that "no amnesty" was given to KPMG's wealthy tax dodgers.

But that denial flies in the face of information unearthed by a high-profile CBC investigation earlier this week, revealing Canada’s tax collection agency cut a secret deal with KPMG’s “high net worth” clients protecting them from prosecution.

Facing multiple questions from opposition MPs during Question Period Thursday, Lebouthillier said twice that “no amnesty” was given to KPMG’s wealthy tax dodgers:

According to the original CBC report, details of the “secret agreement” were leaked to a CBC producer and showed CRA “offered amnesty to multi-millionaire clients” of KPMG:

“The Canada Revenue Agency offered amnesty to multi-millionaire clients caught using what’s been called an offshore tax “sham” on the Isle of Man — a reprieve that was supposed to remain secret and out of the public eye until it was uncovered by a CBC News/Radio-Canada investigation.

The amnesty allows for “high net worth” clients of the accounting giant KPMG to be free from any future civil or criminal prosecution — as well as any penalties or fines — for their involvement in the controversial scheme.

The clients simply had to agree to pay their back taxes and modest interest on these offshore investments, which they had failed to report on their income tax returns.

Documents show that the scheme had attracted at least $130 million.”

“The CRA did offer a deal to the multi-millionaire clients of KPMG tax scam that used shell companies in the Isle of Mann,” Howlett told PressProgress. “She cannot deny that.”

“There was a settlement offer made to the clients of KPMG. It may not have been titled ‘amnesty’, but the terms were very clear.”

Prime Minister Justin Trudeau previously argued the CRA deal was struck “under a previous government” – the confidential documents obtained by CBC were signed May 1, 2015, while Stephen Harper’s Conservatives were still in power.

However, the current government now needs to decide what to do about it.

“The key issue here though is will the government bring charges against KPMG for facilitating tax fraud,” Howlett says, pointing out “CBC got legal opinion that there was sufficient evidence that was made public in the case before the courts seeking the names to charge KPMG.”

“KPMG needs to be charged.”

According to court records, CBC says KPMG would “collect 15 per cent of the taxes dodged” from the $130 million scheme.

Howlett says that without the services of facilitators like KPMG and other wealth management services, high-net-worth individuals would be “unable to hide their wealth in tax havens.”