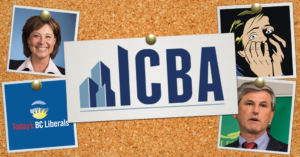 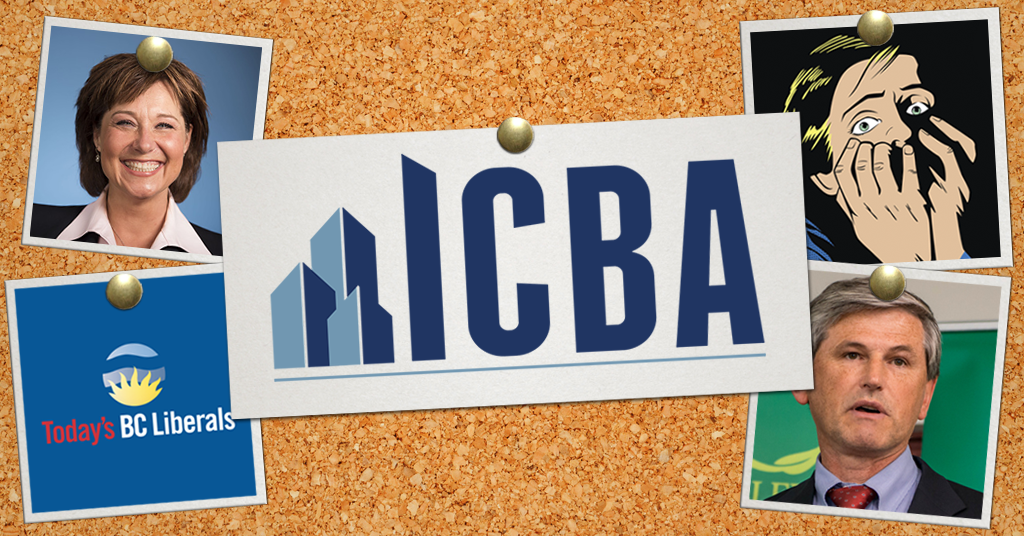 Big business interests are trying every trick in the book to stop British Columbia’s upcoming vote on electoral reform – but so far, they haven’t been successful.

This week, the BC Supreme Court threw out a request for an injunction bankrolled by the Independent Contractors and Builders Association, a big business lobby group that calls itself “the voice of BC’s construction industry.”

The ICBA is also an affiliate of Merit Canada, one of Canada’s biggest anti-union lobby groups, and a major donor to the BC Liberal Party – according to Elections BC records, the group has given over $350,000 to the BC Liberals over the last decade. Despite the BC Supreme Court ruling, the ICBA won’t rule out using its resources to fund more obstruction tactics – following its defeat in court, ICBA President Chris Gardner demanded the “referendum be postponed.”

Gardner, a former top advisor to BC Liberal Premier Christy Clark, made the same demand before his unsuccessful court challenge, claiming the referendum question is too “confusing” for ordinary people to understand (Elections BC has already ruled the questions are “simple and clear”).

The ICBA has been running attack ads all summer to stir up fears about electoral reform. In one attack ad, the lobby group falsely claims proportional representation has led to a “revolving door of governments and prime ministers” in Australia (Australia’s parliament does not use a PR system). The ICBA is only one of a number of groups backed by big business interests seeking to derail the electoral reform referendum.

Millionaire lumber baron Jim Shepard, a longtime BC Liberal donor as well as a close ally and trusted adviser to Christy Clark, launched a shadowy organization earlier this summer that bombarded BC households with attack ads and robocalls railing against electoral reform.

Suits and Boots calls itself a “grassroots organization” of “business people from across Canada” looking to “defend Canada’s resource industry.”

Founded by failed federal Conservative Party leadership candidate Rick Peterson, who supported eliminating corporate taxes, and steered by former BC Liberal MLA Lorne Mayencourt, the group says it’s trying to “stop this BC electoral reform train in its tracks” because electoral reform would undermine the interests of oil and gas companies:

“The current FPTP voting system in BC ensures the coalitions that make up our political parties stay together and can get big, important things get done. Like building dams, pipelines or LNG terminals.”

Big business groups and BC Liberal insiders have been aligning their messages in recent months – rather than attacking a popular idea like electoral reform directly,  British Columbia’s establishment has focused on attacking the idea of having a referendum in the first place.

Over the last year, BC Liberal leader Andrew Wilkinson ludicrously called it a “rigged referendum” and warned it could mean “the end of free-enterprise in BC.”

Wilkinson has also complained the democratic referendum is an attempt to “undermine our democracy” and destroy the BC Liberal party.

If this rigged referendum on proportional representation succeeds it could signal the end of free-enterprise in BC.

We must fight it tooth and nail – and perhaps use the taxpayer-funded $ we didn’t ask for to do so.https://t.co/54xofuEt9C#BCLib18 #forallofBC #ProRep

There’s plenty of reasons to doubt any BC Liberal’s credibility on this issue.

Wilkinson’s leadership rival Diane Watts once insisted the only way to settle the electoral reform question was through a referendum. As soon as a referendum was called, Watts claimed it was an attempt to undermine democracy.

Christy Clark has taken many positions on electoral reform. Last year, she came out against electoral reform a few months after signalling she’d be open to the idea. Though in 2009, Clark denounced the current first-past-the-post electoral system, stating it benefits BC’s “entrenched interests.”

In a recent podcast, Clark explained that the BC Liberals are a “coalition of Liberals and Conservatives” united around the goal of “keep the NDP out of power in this province.” Wilkinson now claims that if electoral reform goes through, that “coalition is at risk.”

Likewise, the ICBA’s anti-electoral reform spokesperson Jordan Bateman used to speak favourably about producing a more “representative democracy” through “electoral reform” when he was a director at the Canadian Taxpayers’ Federation – today, Bateman runs absurd attack ads against electoral reform:

Time for another Tale of Prop Rep Horror… today’s story, “From Russia With Blood” https://t.co/as3CqFB8l8 pic.twitter.com/iA8AOaTGDB

Despite claiming electoral reform is an existential crisis for the BC Liberals and their big money allies, a recent study shows under a fairer, proportional voting system, the party would only have only won 7 fewer seats in the legislature last election.

Under a proportional system, the BC Liberals and BC NDP would receive the same number of seats (36) with the same percentage of the vote (40%) while the BC Greens would have received 15 seats, or 17% of the seats with 16% of the vote.

The only thing a fairer voting system would put an end to are parties taking 100% of the power with a minority of the votes – so, every vote becomes more important.

What are the BC Liberals and their big business allies so afraid of?