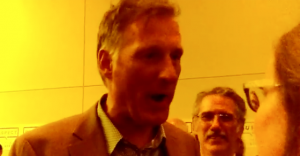 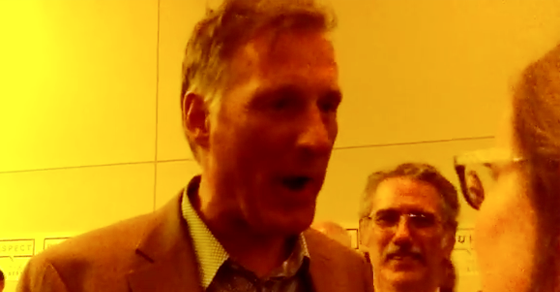 VIDEO: Maxime Bernier confirms he will campaign to switch Canada’s currency to gold

Leadership candidate Maxime Bernier is privately telling Conservative supporters that a radical overhaul of Canada's monetary system will be part of his campaign.

Yep, he says he’s actually going to do it.

Maxime Bernier, declared candidate for leader of the Conservative Party of Canada, is privately telling Conservative supporters that a radical overhaul of Canada’s monetary system will be part of his campaign.

Mingling with Conservative supporters in his hospitality suite during last month’s Conservative National Convention, Bernier was caught on video telling one supporter he thinks Canada needs to switch to the gold standard, a 19th century monetary system premised on the idea that the value of money should be tied to how much gold a country physically has in its possession.

“Are you going to address the gold standard issue?” one supporter asks Bernier.

“Oh my God!” Bernier exclaims, congratulating the supporter for their familiarity with Tea Party presidential candidate Ron Paul, as well as libertarian philosophers Ludwig Von Mises and Friedrich Hayek, although the supporter tells Bernier they simply read his 2010 blog post advocating for the gold standard.

“I think we need that. We need that,” Bernier says, later assuring the supporter “it will be part of my campaign.”

The question was prompted by a resurfaced video blog Bernier produced in 2010, something first reported on by PressProgress a few weeks before the Conservative convention.

In 2010, Bernier said the gold standard made the 19th century “one of the most prosperous periods of human history” because prices went down and economic crises were rarely seen, although both these points appear to be wildly inaccurate.

“The 19th century was one of the most prosperous periods of human history thanks to this system. Prices tended to go down instead of constantly going up. The level of debt of countries and households was under control. Economic crises were short-lived. More and more economists believe that the gradual relinquishing of the gold standard during the 20th century was a mistake, a mistake which brought about the Great Depression, the inflation of the 1970s, and the recessions that keep afflicting us.

I agree. I agree with this analysis. To return to a stable and sustained economic growth, we need to bring back stability to our money, and in the history of civilization, gold and silver always served as anchors to monetary stability.”

The gold standard has been variously described as “the world’s worst economic idea” and a “barbarous relic” of the past, although the idea has come in vogue among Republican Tea Partiers like Ron Paul and Glenn Beck in recent years.

According to a 2012 poll of 40 top American economists, including past economic advisers to Republican and Democrat presidents, precisely 0% agreed that switching to the gold standard would be in any way good for “the average American.”