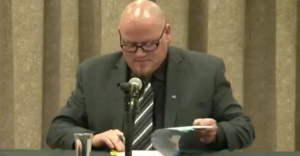 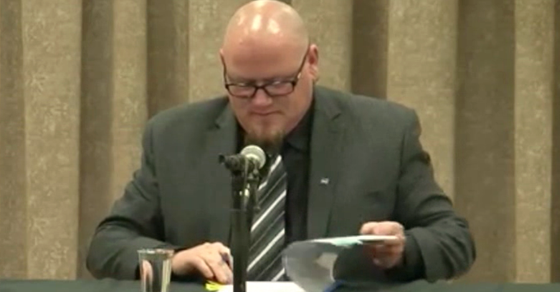 "I feel like I'm the least prepared out of everyone here."

Call him unprepared, if you will. Perhaps you’d call him uninformed too.

But when the Tory candidate for the Manitoba riding of Dawson Trail announced in the middle of a debate, “I feel like I’m the least prepared out of everyone here,” you can’t say it it wasn’t the truth.

That’s more than can be said for his boss, PC leader Brian Pallister, whose contradictory stories about his Costa Rican trips, vacation properties and holding companies suggest he has a recurring problem with telling the truth.

During an all-candidates’ debate last week, Legassé was asked, “what are your plans for training seniors who are out of work?”

Things went straight downhill from there.

Legassé began by reading from a duo-tang full of scripted talking points, before stumbling over Manitoba Premier Greg Sellinger’s name.

“Premier Gell – agh! Sorry I’m jumping to the wrong line there,” he blurted out.

That’s when Legassé decided to level with his constituents:

“I feel like I’m the least prepared out of everyone here because I’m the newest at this game. Um. Yeah. Sorry.”

This admission was followed by 20 extremely awkward seconds of silence as Legassé leafed through his talking points before offering an answer on a completely unrelated topic.

“Sorry,” Legassé said, shaking his head. “That’s all I have right now.”