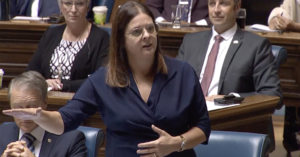 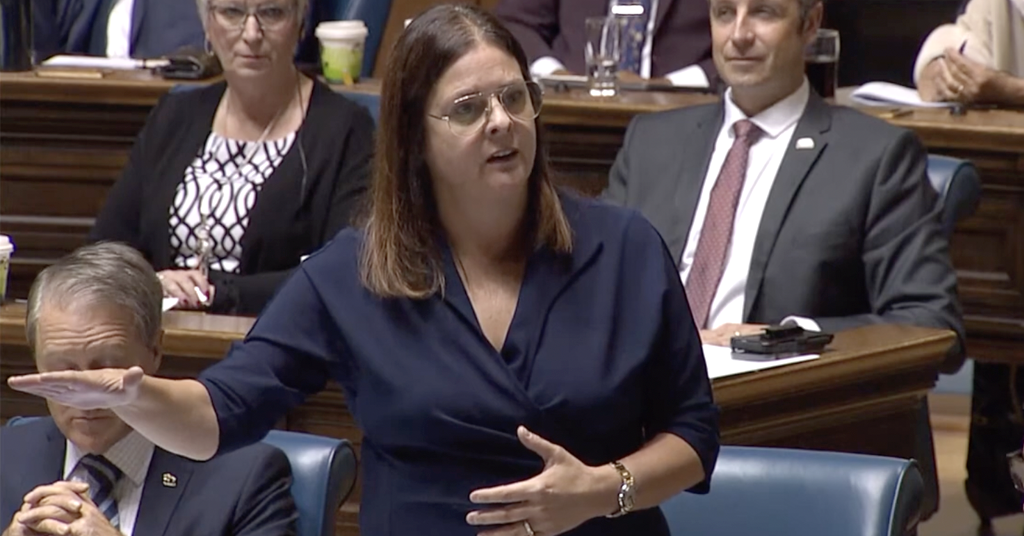 Manitoba’s PC government is about to pass a hydro bill that critics warn will place limits on the ability of the province’s Public Utilities Board to criticize government mandated rate increases.

Bill 36, The Manitoba Hydro Amendment and Public Utilities Board Amendment Act, would make significant changes to the way Hydro electricity rates are set in the province.

The Public Utilities Board describes itself as an “independent, quasi-judicial administrative tribunal that has broad oversight and supervisory powers over public utilities and designated monopolies.” The PUB also reviews and approves hydro rates for residential and commercial users through public hearings.

According to the Bill, the Public Utilities Board would no longer have “the authority to determine or inquire into the validity” of a regulation, directive or order made by the province:

(a) a regulation; or

(b) a directive or order made or issued under The Crown Corporations Governance and Accountability Act or The Financial Administration Act.”

An explanatory note accompanying Bill 36 states that the Public Utilities Board “is not authorized to issue orders or directives” regarding Manitoba Hydro operations, but “may make recommendations” only “if authorized by the minister.”

“It’s a pretty brazen act of censorship, in my view,” Alex Buchner, an organizer with Protect the PUB Coalition, told PressProgress.

“The most immediate application of this is that the Public Utilities Board can’t, in their next hearing, say, ‘These financial targets that the government set are unreasonable’. Like they’re just not allowed to make a statement like that.”

“It’s also unfortunate, because in the past, the Public Utilities Board has made comments on government policy and regulation and it’s been very helpful.”

And while Bill 36 caps Hydro rate increases at “5% or the rate of inflation, whichever is less,” Buchner points out that the PUB has routinely recommended increases much lower.

“That’s a fairly common theme you’ll see in these hearings. Manitoba Hydro will come in with a number and the Public Utilities Board will say, ‘We don’t think you really need that much.’”

For example, the PUB blocked a 7.9% Hydro rate increase and recommended only 3.6% in 2018. The PUB also implemented a separate rate for First Nations communities which exempted them from any increase and suggested Manitoba Hydro use its revenues to create a bill-affordability program for low-income Hydro users.

Manitoba Hydro fought the PUB’s rate freeze for Indigenous communities and had the PUB’s ruling overturned in court in 2020. Hydro also never created a bill-affordability program for low income users.

However, the PUB’s ability to make recommendations that the government disagrees with can nevertheless provide valuable democratic oversight, Buchner says.

“Energy poverty is a significant factor around the province, specifically Indigenous communities, especially remote ones, they’re typically not connected to the natural gas grid. So they’re using electric baseboard heaters to heat their homes all throughout the winter – which of course is much more expensive. So they’re disproportionately impacted by the increase in electricity prices.”

“It’s not clear that (the PUB) would be able to make the same kind of recommendations under this new law, if they’re prohibited from speaking out about what the government is doing or directing others to do.”

For its part, PUB says it is unable to comment on whether or not it is being censored by Manitoba’s government.

“PUB is not able to make any statement respecting Bill 36,” a PUB spokesperson told PressProgress.

Bill 36 has passed first reading and is currently in the committee stage. Protect the PUB has organized workshops and resources to prepare community members to speak at committees. Other organizations in opposition to Bill 36 include the Public Interest Law Centre, Harvest Manitoba, the Consumers’ Association and the Aboriginal Council of Winnipeg.

Bill 36 is the third attempt by the Manitoba PCs to limit the PUB’s power. Bill 36 has similar objectives to previously withdrawn Bills 35 and 44 which were introduced following a controversial report on Hydro finances authored by former Saskatchewan Party premier Brad Wall.

However, CCPA researcher Lynn Fernandez described Wall’s report as “rife with omissions and misinterpretations that result in an overly pessimistic account of Hydro’s finances and practices.”

“Part of the PCs political strategy has been criticizing the NDP for spending on Keeyask and Bipole III,” Senior CCPA researcher Niall Harney told PressProgress. “Those projects went way over budget and added a lot to the overall debt of Manitoba Hydro.”

“They’ve used this to justify things like removing oversight or increasing rates for hydro for quite a while,” Harney added. “This debt is very, very sustainable. Manitoba Hydro is a public utility that has a monopoly over electricity in the province and is very able to pay back its debts over a long period of time.”

“The claim that rates need to be increased now to deal with this debt are completely unfounded.”