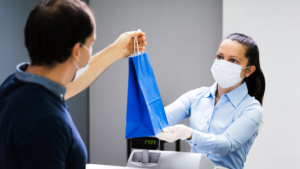 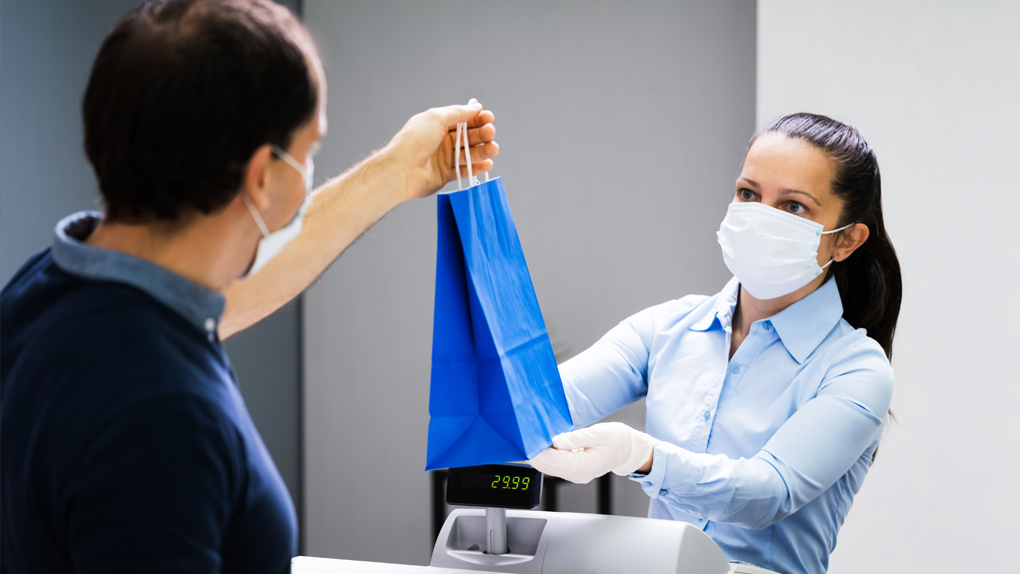 The same lobby group has fought against employer-paid sick leave

Business groups in British Columbia are pushing hard against paid sick leave, but records show some have even lobbied against the very idea that COVID-19 is a
“significant” workplace hazard for frontline retail workers.

Records show the Retail Council of Canada lobbied against WorkSafeBC’s decision to add a presumption for COVID to the Workers Compensation Act, meaning COVID claims would be presumed to be from work unless proven otherwise.

The change, first brought in back in summer 2020, acknowledges that in certain industries, workers are at a higher risk of contracting COVID.

According to lobby records, the Council told the BC government that “experience, to date, demonstrates that a significant portion of retail claims are not valid.”

Office of the Registrar of Lobbyists British Columbia

In a statement to PressProgress, the Retail Council stood behind this claim. Asked about the connection between paid sick days and COVID transmission in the workplace, a spokesperson referenced data from WorkSafeBC, which they said showed only one-third of retail COVID claims are accepted.

But there’s more to the data than the retail lobby group suggests.

As of September 30th, 2021, 331 COVID illness claims have been made in the retail sector, with 131 disallowed — a number the Retail Council suggests backs up their claims downplaying the threat of COVID in the workplace.

But of the disallowed claims, 84 were deemed ‘exposure only’, meaning the worker was potentially exposed to COVID, tested, and/or told to self-isolate, “but didn’t actually develop the illness, as confirmed with a negative test result or absence of symptoms.”

For the remaining 47 disallowed claims, WorkSafeBC said either the worker tested positive for COVID but transmission didn’t occur in the workplace, or there wasn’t sufficient evidence to prove that the worker had COVID or any illness caused by their work.

According to WorkSafeBC, the higher rate of accepted claims “better reflects the allow rate on claims where the worker developed COVID-19.”

The ‘exposure only’ claims are an important part of the data: Workers who were potentially exposed to COVID were following public health advice by getting tested and isolating — safety measures that would be made easier by implementing paid sick day legislation, which the Retail Council has also fought.

Workplace COVID transmission has been a serious concern during BC’s previous COVID waves, with the provincial health officer singling out retail, food processing plants and restaurants as areas of high transmission.

Despite this, the Retail Council has previously issued statements downplaying the risk of COVID in retail settings, claiming “COVID transmission arises primarily from social interactions and not from brief economic activities.”

What is most important to retailers is that they not be shut down again. The government’s own data has consistently showed that COVID transmission arises primarily from social interactions and not from brief economic activities. https://t.co/pBzbWcKtgb #COVID19 #ONpoli #vaccine pic.twitter.com/INuToQfuS3

“You’re not linking cases in the way that you would with the understanding that the dominant mode of transmission is inhalation of aerosols, and that it doesn’t have to be somebody spending time with an infected person for 15 minutes or within two meters,” Longhurst told PressProgress.

“Our data is only as good as the way that we understand transmission to occur.”

Because of the province’s reliance on droplet transmission, Longhurst said retailers aren’t getting effective guidance on how to make their workplaces safe. Rather than investing in plexiglass dividers, which can cause infected aerosols to build up in spaces that workers spend a lot of time in, businesses should be improving ventilation.

“I think that’s the challenge is we’re not equipping business owners nor are we supporting workers and protecting them from preventable infection,” said Longhurst.

The Retail Council of Canada also lobbied against employer-paid sick leave, and recently signed a letter to the province calling for impending paid sick day legislation to be delayed until after the pandemic.

Those workers are also less likely to already have access to paid sick days, making provincial legislation a key step in protecting essential workforces in hospitality, care work and retail.

“There’s been many years of research around the importance of paid sick leave policies, productivity and supporting the well being of the broader economy,” said Longhurst. “But also in the context of the spread of infectious diseases, it’s really a no-brainer. Anything less than 10 days would fly in the face of that evidence.”

Employer-paid sick leave is standard in many parts of the world, ranging from 10 days in New Zealand to 30 days in Germany. In many countries, employers are responsible for paying for an initial period of leave, after which the government picks up the tab.

Despite concerns from business owners in BC, studies have shown covering the cost of sick days has minimal impact on employers’ profitability, and could even save employers money in staff turnover and productivity.

The Retail Council is far from alone in their lobbying efforts to chip away at impending paid sick leave legislation. The BC Chamber of Commerce, Canadian Federation of Independent Business and the Business Council of British Columbia have lobbied the government regarding paid sick leave over the past year.