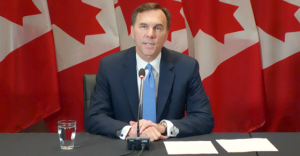 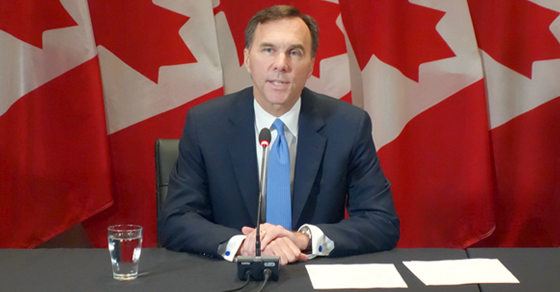 Low-income families will see their 'Canada Child Benefit' cheques lose roughly $500 in value per child by 2020.

Get ready for change – to one of the Liberals’ big campaign promises.

The Liberal government has quietly announced it’s tweaking the Canada Child Benefit, a change that will cause low-income families to see their CCB cheques lose close to $500 in value (per child) over the next four years.

By 2020, low-income families will only effectively earn an extra $6.50 each month in 2016 dollars compared to what they had received through various benefits offered by the old Harper government.

This despite the Liberals touting the CCB as an improvement on Harper’s plan – and one that would “lift 315,000 Canadian children out of poverty” too.

That’s because a measure tabled by the government on Tuesday confirms the CCB will be tied to inflation, a move designed to stop the value of the benefits from eroding “over the long term”:

“Included in Budget Implementation Act, 2016, No. 2 is a measure that will ensure the new Canada Child Benefit (CCB) grows in line with inflation as of July 1, 2020 so that its real value is not eroded over the long term.”

Inflation usually causes prices to increase at a rate of 2%. When the amount families receive is the same year after year, not raising the CCB by 2% each year leaves you with the same end result as a 2% cut.

This problem was previously flagged by the Parliamentary Budget Office, who noted that the CCB wouldn’t keep pace with inflation.

And researchers at the Caledon Institute wondered why the Liberals would pat themselves on the back for a policy that leads low-income families back to square one:

“We are at a loss to explain why the federal Liberal government would make such significant progress in assisting lower-income families with children and then quietly unravel much of the improvement they were so proud to announce … As a hallmark social program, steps should be taken immediately to protect its value.”

While tying the CCB to inflation is a good step, there’s also a big catch: it won’t start until 2020, meaning the government is allowing the value of CCB cheques to erode for the next four years.

Middle-income families with one child will only see their CCB cheques erode by nearly $300 in 2016 dollars. Those families should still get a better deal than they did under the old Harper plan.

But despite touting the CCB as a way of lifting children out of poverty, low-income families will see most of their gains eliminated.

The 2015 Liberal platform proudly announces low-income families with one child will receive $6,400 each year under their CCB – an extra $575 compared to what they got out of the old Harper plan. In other words, as far as low-income children are concerned, the difference between the Trudeau Liberals and Harper Conservatives looks like it amounts to $6.50 per month.