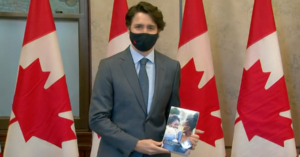 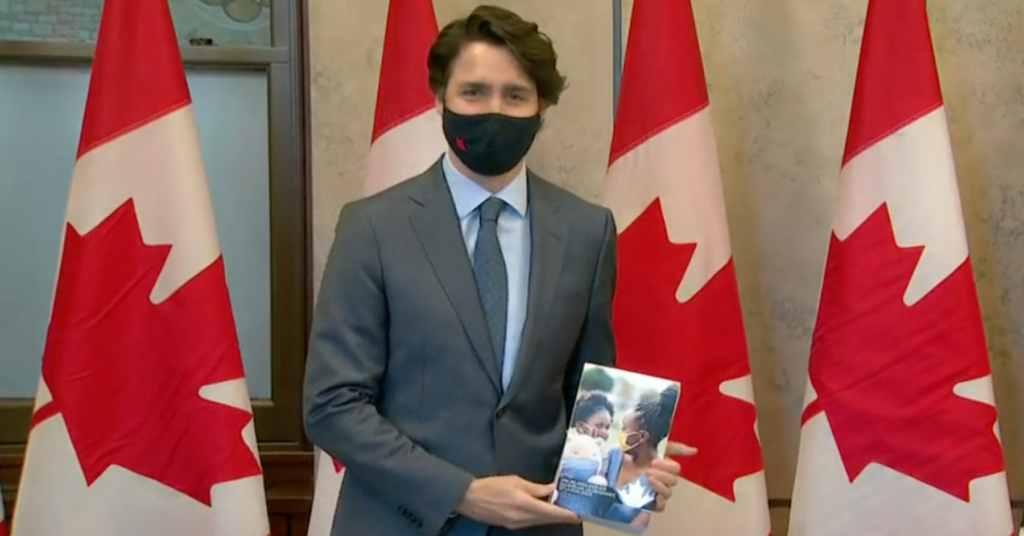 The federal Liberal government is pledging to raise the federal minimum wage, even though they previously ran partisan attack ads against the idea.

Among the items announced in this week’s federal budget is a pledge to establish a $15 federal minimum wage, something Finance Minister Chrystia Freeland said is needed to begin “healing the wounds left by the COVID-19 recession.”

Raising the federal minimum wage, an idea borrowed from past NDP platforms, is widely seen as part of a Liberal election year strategy targeting NDP voters.

While it is not unusual for political parties to borrow ideas, the Liberal Party’s embrace of a $15 federal minimum wage is particularly noteworthy given the Liberals previously ran attack ads against the same policy. 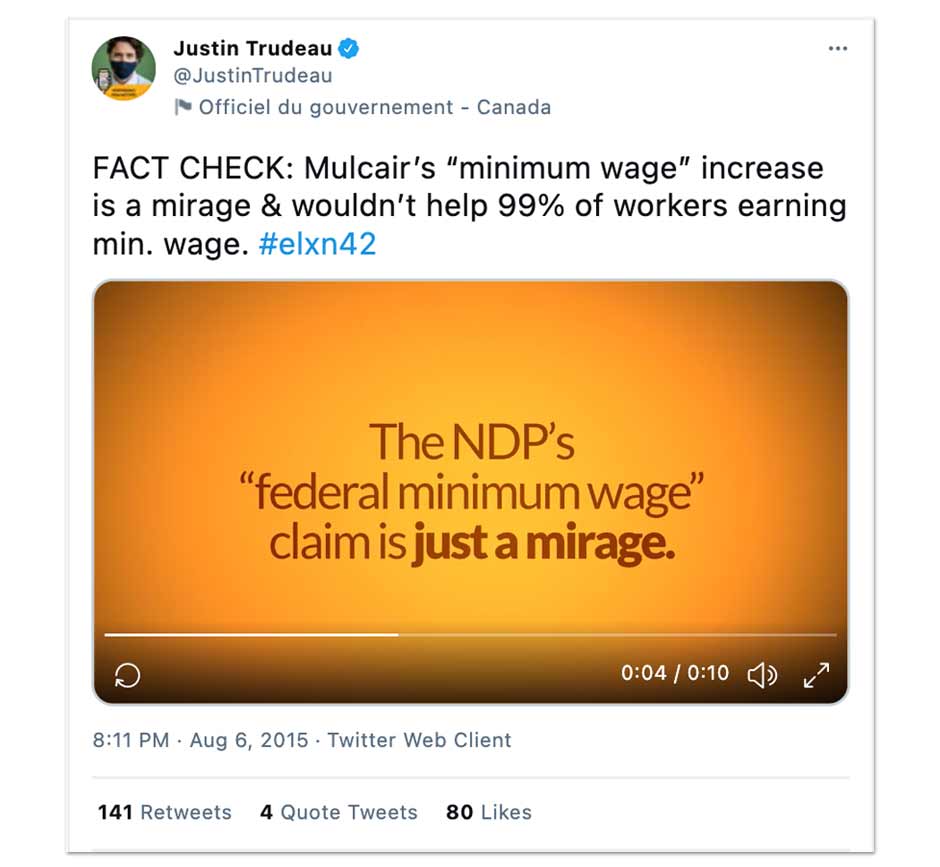 In advance of the 2015 election, the Liberal Party of Canada registered a website named “ndpminimumwage.ca” that took aim at the NDP’s $15 federal minimum wage pledge.

The website, which still remains active online, mimicked the NDP’s branding and colours and asked website visitors: “Do you qualify for the $15 minimum wage increase?” When users hovered over a button titled “see my benefit,” the button disappeared.

“Having trouble? It could be because the NDP minimum wage promise is a mirage,” the Liberal ad states. “It’s misleading and Thomas Mulcair knows it.” 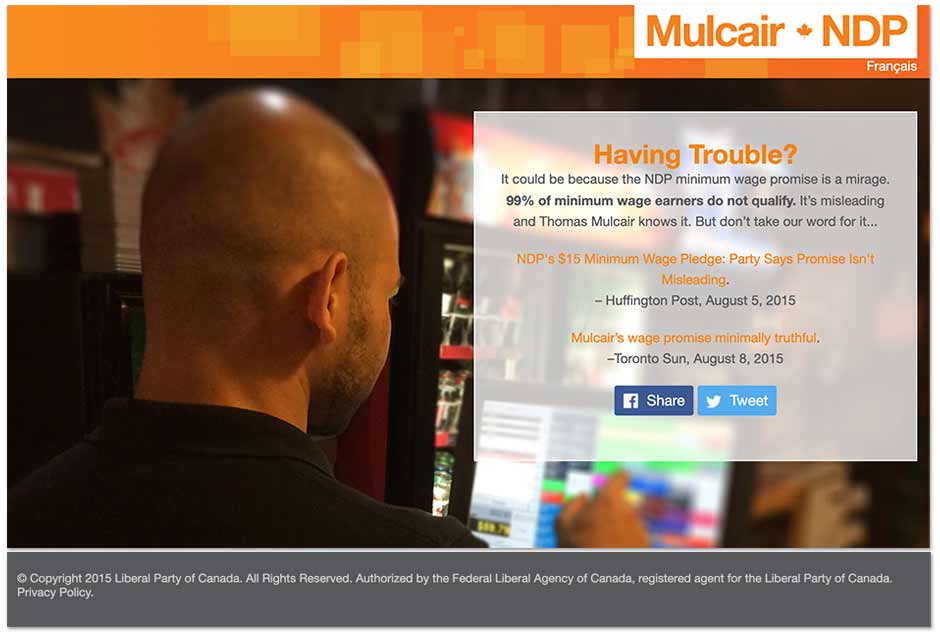 The ad links to news articles quoting Trudeau stating that the $15 federal minimum wage offers “false hope” because it only applies to workers in federally regulated industries, including banks and telecommunications companies.

However, the new 2021 federal budget portrays the federal minimum wage increase as a central pillar of the Liberal government’s recovery plan.

Finance Canada’s analysis of the policy suggests the minimum wage increase will reduce poverty and directly benefit over 26,000 low-wage workers, many of whom are recent immigrants.

“Many of these workers were not born in Canada,” the Budget notes. “36 per cent are newcomers are recent immigrants to Canada.” 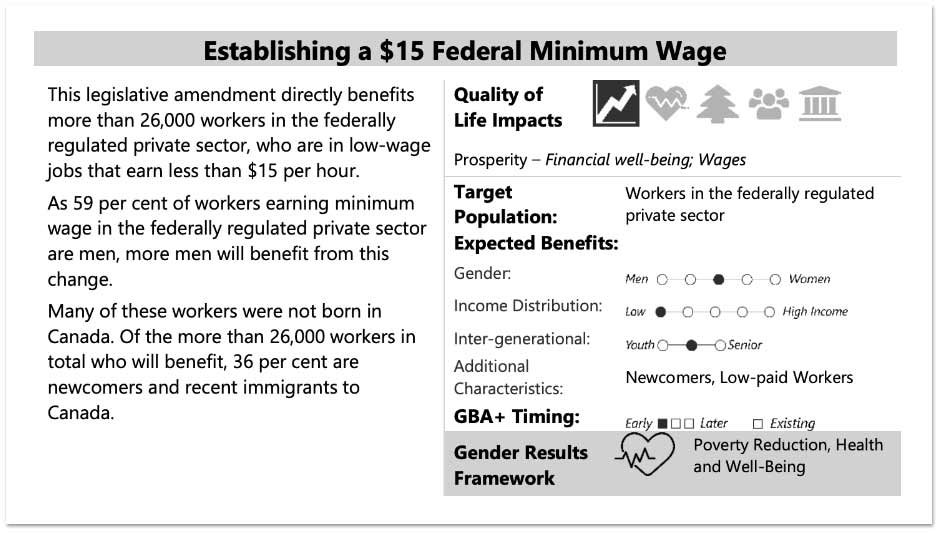 In a statement to PressProgress, Liberal spokesperson Matteo Rossi said the 2015 attack ads were not to intended to criticize the substance of the policy, but instead critique the language the NDP used to describe their policy.

“Ahead of the 2015 election, the NDP repeatedly made misleading promises about a ’national’ minimum wage which falsely gave many Canadians the impression that their pledge would help workers outside of federal jurisdiction,” Rossi said.

“What the Liberal government proposed in Budget 2021 is clearly labelled as a commitment to raise the federal minimum wage to $15 an hour.”

Despite any issues with the NDP’s clarity of language, the Liberal Party of Canada previously suggested raising the federal minimum wage to $15 was “bad policy.”

The Liberals offered no explanation for their recent policy shift in light of their past statements or their own analysis indicating that raising the federal minimum wage would largely help racialized and recent immigrant workers.

During a 2016 interview with a struggling Southwestern Ontario worker named Neil, Trudeau was asked why he doesn’t raise the minimum wage.

“It’s not something that the federal government can do directly,” Trudeau told Neil.

“A number of provinces are looking at raising the minimum wage across the board,” Trudeau added. “There’s always a question of whether or not that has the impact that everyone would like to have. Maybe everything just gets more expensive or we have jobs leaving.”

“We have to be very careful about that.”

NDP leader Jagmeet Singh said in a statement to PressProgress that he’s “flattered the Liberals have taken our policy,” but added: “Frankly we’re a bit surprised given the strong opposition they’ve heaped on this specific policy in the recent past.”

“Until we see the Liberals actually do something and actually implement a minimum wage, we’re not holding our breath.”