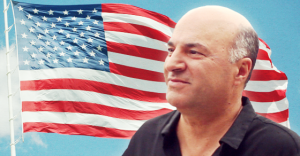 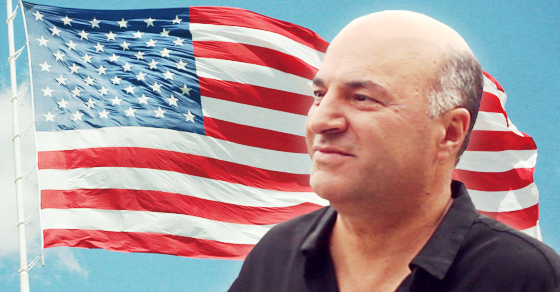 During the same timespan, O'Leary has only been spotted at a small handful of public events in Canada.

It looks like the celebrity millionaire has been spending more time attending to personal business in the United States than he’s spent campaigning for leader of the Conservative Party of Canada since entering the race last month.

PressProgress reported last year that O’Leary spends most of his time in Boston, a city he’s called “home” since the 1990s. And CBC News previously reported O’Leary spent “five or six days of his first week campaigning” in the United States, rather than Canada, after formally kicking off his leadership bid on January 18.

But a new analysis by PressProgress finds that O’Leary has spent at least half his time south of the border during the first month of his leadership campaign between January 18 and February 17.

Meanwhile, during the same timespan, the man who hopes to replace Stephen Harper has been spotted in Canada on fewer than one-third of those days – participating in only a small handful of public events. Although O’Leary launched his campaign in Toronto on January 18, he was in New York City the next morning to appear on Good Morning America before hightailing it to Florida.

While most Canadians were busy shoveling snow out their driveways, O’Leary was sipping wine on Miami Beach and talking about his Conservative leadership ambitions on American cable news outlets like CNN and CNBC before a backdrop of lazy palm trees.

But he found time for a few Canadian outlets too. And on at least one occasion, O’Leary used the Canadian flag as a backdrop despite the fact he was really in Hollywood, Florida: After spending several days in Florida during the first week of the campaign, the host of “the ABC TV show ‘Shark Tank'” found himself in Indiana on January 30th for an event at Notre Dame University.

O’Leary also spent the first two days at the start of February in New York City on private business, promoting his investment firm and ringing the bell at the New York Stock Exchange: O’Leary finally managed to squeeze Canada into his schedule in February, dragging himself out to Halifax for a Conservative leadership debate and holding a Reddit AMA from Toronto after apparently taking a few days off.

But before you knew it, O’Leary was spotted back to New York City promoting Shark Tank or over in Pennsylvania at the studios of an American home shopping channel hawking O’Leary Wines.

And somewhere in between, O’Leary managed to find time in his busy schedule to slip away for a weekend in Napa Valley wine country.

Spent some time with @thelindaoleary in the caves this weekend getting ready for our #OlearyFineWines releases on Wed for @QVC and @LCBO pic.twitter.com/RXox583IyR

Thursday night, Shark Tank fans in Arlington, Texas got a chance to go “swimming with the shark” during “An Evening with Kevin O’Leary” at the University of Texas Arlington: And rounding the circle, O’Leary was back in the sunshine state Friday morning.

Looking ahead, O’Leary will be the celebrity keynote at a conference in Orlando, Florida exploring the intersection of health care and venture capitalism.

Later, O’Leary will be in New Orleans before returning to New York City for an awards party a few weeks before the Conservative leadership vote on May 27.