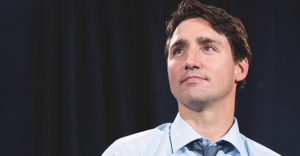 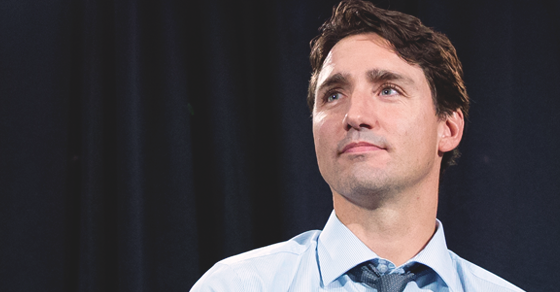 Trudeau confessed he's a victim of his own success.

Prime Minister Justin Trudeau is signaling he may break a major promise to reform Canada’s electoral system because he believes Canadians “like” him better than his predecessor – Stephen Harper, who he says made Canadians “unhappy.”

In an interview published by Le Devoir Wednesday, Trudeau confessed to being a victim of his own success and mused that Canadians are less “motivated” for electoral reform after the last election because Canadians “no longer have a government we don’t like”:

“Under Stephen Harper, there were so many people unhappy with the government and their approach that people were saying, ‘It will take electoral reform to no longer have a government we don’t like’. But under the current system, they now have a government they’re more satisfied with and the motivation to change the electoral system is less compelling.”

Trudeau also hinted that when all is said and done, Canadians may only end up seeing “a little change” instead of “a big change”:

“Less support and a small change might be acceptable. Bigger changes would require more support. What’s a big change? What’s a little change? These questions are why there must be rigorous, intelligent discussions with Canadians.”

In fact, even after the election, Trudeau repeatedly insisted that “the 2015 election will be the last federal election using first-past-the-post”:

Despite Trudeau’s comments, electoral reform advocates are generally less “motivated” by narrow partisan outcomes than they are with creating a more balanced system that better aligns with democratic values.

Canada’s first-past-the-post system is often criticized as a system that regularly produces distorted outcomes and a relic of the 19th century – nearly every Canadian election since the 1920s has seen a party who received less than 50% of the vote rewarded with 100% of the decision-making power.

And on a riding-by-riding basis, 60.65% of MPs currently sitting in the House of Commons won their seats with the support of less than 50% of their local constituents.

That amounts to a majority of voters left with representation that doesn’t reflect the votes they cast – a key problem electoral reform advocates seek to overcome by distributing seats proportionally rather than on a winner-take-all basis, better reflecting the will of voters.