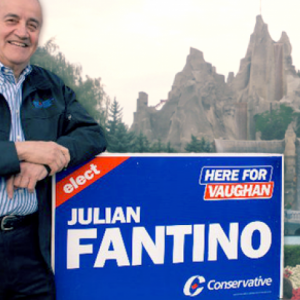 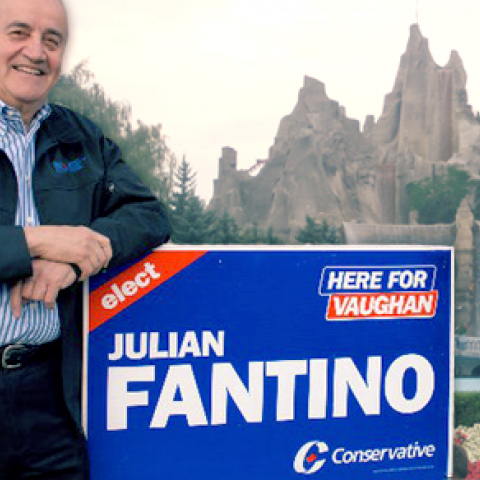 A political career summed up in one word: “sigh.” The constituents of controversy-magnet Julian Fantino – the recently demoted Minister of Veterans Affairs and Conservative MP to the “good people of Vaughan” – were presented with a scathing editorial in the Vaughan Citizen this week calling for Fantino’s resignation. The bluntly worded editorial, titled “Vaughan MP Julian Fantino […]

A political career summed up in one word: “sigh.”

The constituents of controversy-magnet Julian Fantino – the recently demoted Minister of Veterans Affairs and Conservative MP to the “good people of Vaughan” – were presented with a scathing editorial in the Vaughan Citizen this week calling for Fantino’s resignation.

The bluntly worded editorial, titled “Vaughan MP Julian Fantino ought to bid farewell to politics,” ripped Fantino’s “slap in the face” of veterans, his repeated controversies spanning multiple jobs and raised doubts about the seriousness of Prime Minister Stephen Harper, observing that “it’s as if the Conservatives are trying to create a new dance – the Fantino shuffle.”

“We have to wonder if he belongs in public life at all – and we wouldn’t blame Vaughan voters for wondering the same thing.”

And although the editorial said Fantino “deserved to be booted out as Veterans Affairs minister months ago,” the Citizen wouldn’t lay full blame for the mistreatment of veterans at Fantino’s feet, instead blasting “Conservative policies” that lack compassion and shortchange veterans:

“He also can’t really be blamed for Conservative policies regarding the country’s veterans, which some critics say is sorely lacking in compensation and compassion, particularly with respect to mental illness.”

And yet, in spite all of this, Fantino still plans to run for re-election.

Why? Well, aside from being two years short of a pension, because Harper still believes in him: “thanks to Prime Minister Harper’s confidence in me, I was inspired to run again to serve as the MP for the good people of Vaughan,” Fantino explained to the Toronto Sun.

While retired Maj.Gen. Lewis MacKenzie, who has known Fantino for two decades, suggested that the MP’s plan to seek re-election could be attributed to “stubbornness,” the Citizen’s editorial presented voters with a laundry list of concerns related to Fantino’s work in the riding:

In a statement to the media Monday afternoon, Fantino writes: “I also want to thank Vaughan families and seniors for their continued support over the years. I look forward to running for re-election under the steady economic leadership of Prime Minister Harper, who has delivered lower taxes, new infrastructure improvements and safe streets for Vaughan families”.

On the local front, there was that unfortunate episode during the November 2010 federal byelection when Conservative candidate Fantino chose to shun the only public, all-candidates’ debate for those seeking to represent Vaughan on the national stage.

Vaughan voters had to decide for themselves, without help from Fantino, what his actions and attitudes, past and present, said about him and his suitability to be our MP.

No less worrisome was Fantino’s bravado in pledging about the same time to find a way to garner federal government support, if elected, for the future Vaughan hospital.

Turns out Fantino came through to the tune of a highly controversial $10-million grant delivered to the Vaughan Health Campus of Care, a group headed up by influential developer Michael DeGasperis and well-known Vaughan businessman Sam Ciccolini, both known to be key supporters of Fantino.

That grant money eventually was cancelled.”

“Well, Mr. Fantino, perhaps it’s time to do yourself and us a favour: hang up your dancing shoes and exit stage left,” the editorial concludes.