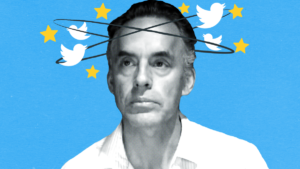 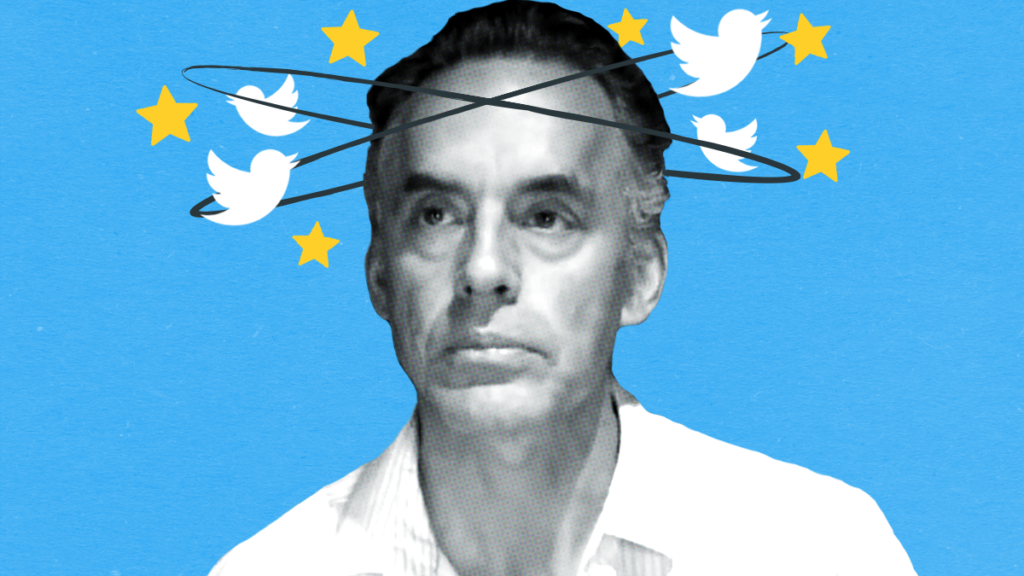 Jordan Peterson’s fans are accusing the self-styled “free speech advocate” of “hypocrisy” after the controversial University of Toronto professor kiboshed an appearance by an alt-right speaker at a recent campus “free speech” event.

The drama began when Peterson headlined an event at Canada Christian College earlier this month titled “Stifling of Free Speech on University Campuses,” billed as a panel on the “radical left” and “free discussion on campuses.”

Instead, Peterson found himself struggling to defend his decision to drop ex-Rebel Media host Faith Goldy from the line-up for “associating” with neo-Nazis.

Giving neo-Nazi sympathizers the boot might be a no-brainer for most Canadians, then again, Peterson routinely lashes out at others as “cowards” and “totalitarian” for disinviting controversial speakers – even his own fans are telling the professor they’re having trouble following his train of thought.

During the Q&A, one disillusioned fan told Peterson it is a “contradiction” for a guy “claiming to believe in freedom of speech” to deny Goldy a platform to speak.

Peterson admitted he’s not “unaware of the irony.” Rebel Media founder Ezra Levant fired Goldy in August after she cheered on a white supremacist rally in Charlottesville and later appeared on a podcast run by a neo-Nazi website. Peterson’s “free speech” event was originally scheduled to take place at Ryerson University but was cancelled for security reasons after the deadly neo-Nazi terror attack in Charlottesville.

Peterson criticized Goldy’s journalistic integrity and suggested her tragic flaw is that she’s too “agreeable,” but ultimately, the professor said, Goldy was axed because her questionable ties with neo-Nazis made her “too hot” to associate with his brand:

“She became too hot of a property for us, and not just for us, and well, that was the reason for the decision. That was my reasoning.”

Peterson’s zealous opinions on the ethics of speech are coloured by all-or-nothing logic and a paranoid fear of “Marxists,” but he’s converted media coverage of his “free speech” crusade into half-a-million dollars in online donations – predictably, banning speakers from a “free speech” event left the professor’s fans scratching their heads.

“I think there’s a hypocritical move there, although they tried to justify their reasons, and I’m willing to agree with Peterson on about almost anything, but this particular issue was somewhat disheartening because I think they just did exactly the opposite of what they were saying.”

That’s a sentiment shared by many of Peterson’s fans who gather in obscure alt-right YouTube channels – many now claim Peterson is “indistinguishable” from the “SJWs” he criticizes. One alt-right vlogger confessed he felt a “disappointment” not unlike a “little kid growing up and you realize your parents aren’t like those perfect upstanding individuals,” adding: “no one is infallible.”

Goldy, who is currently soliciting her own online donations, diplomatically praised Peterson as a “prophet” and reaffirmed her “discipleship” before rejecting every single thing Peterson said about her and suggesting he needs to look in the mirror:

“(Peterson’s) largest argument against my being there was one of journalistic integrity. If that is the case, then I should hope that every single mainstream media channel which he has appeared upon he has given them the Peterson sh-tamp of approval when it comes to their journalistic integrity, because let’s just say our standards perhaps in that case wouldn’t jive between him and I.”

Goldy also doubled-down on her interview with the neo-Nazi podcast and insisted she will never say “sorry”:

“I’ve had some time in these past few months to reflect and indeed, I stand by my interview.”

Goldy doesn’t mention the website she appeared on is literally named after a Nazi newspaper, displays images of swastikas on its front page and launched a targeted harassment campaign against Jewish residents of a small town last year.

During her interview, the ex-Rebel Media host stated “rule of law is dead in America” and claimed violence is a predictable outcome when “young white men” with “lots of testosterone flowing through their veins” are told they “can’t speak” about “this revelation, this enlightenment, this renaissance” in white racial consciousness.

Meanwhile, even the Daily Stormer, the neo-Nazi hate site at the heart of the backlash, finds Peterson’s views on “free speech” incoherent.

“Jordan Peterson is a real weasel,” writes neo-Nazi blogger Andrew Anglin. “I actually like this guy and have defended him.”

“Yes, I do like a lot of what Peterson says,” he adds, “but that answer was real bad.” The neo-Nazi blog goes on to implore its readers to “stop supporting people like Jordan Peterson.”

As for Faith Goldy? “Please, support her any way you can,” the neo-Nazi blog urges.