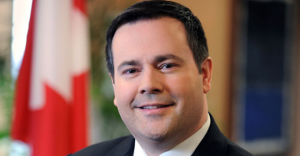 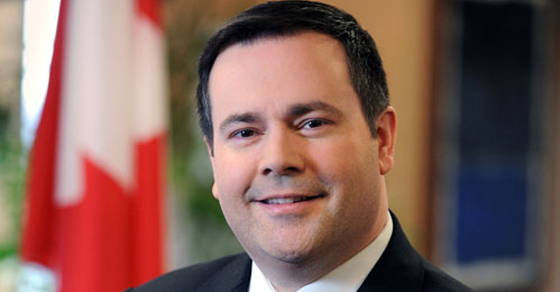 VIDEO: Jason Kenney suggests constitutional rights are passed down to Canadians from God

Where do Canadians get their rights and freedoms from? According to Jason Kenney: God.

Where do Canadians get their rights and freedoms from?

According to one possible future leader of the Conservative Party of Canada: God.

And that’s not all – Conservative MP Jason Kenney suggests the “supremacy of God” is even more supreme than the authority of Parliament and the courts.

That’s what Kenney told an evangelical Chinese business group in Richmond Hill, Ontario near the end of the 2015 election campaign, captured on a newly surfaced video:

“Canada is founded upon principles which recognize the supremacy of God and the rule of law,” Kenney says, quoting the preamble of the Charter of Rights and Freedoms.

Going one extra step further, Kenney suggests Charter rights derive from “being created in the likeness and image of God … because if our rights are just given to us by a majority, or by the Parliament, or by the state, or by the judges, they can take those rights away.”

Lorne Sossin, dean of Osgoode Hall Law School, points out the language in the preamble is “all but ignored by the Supreme Court and by most constitutional observers” and is only meaningful as “a general statement regarding the universal, normative aspirations of the Charter,” which he interprets as broad “aspirations to moral good and social justice.”

Earlier this year, the Supreme Court clarified that “the preamble articulates the ‘political theory’ on which the Charter’s protections are based” and warned against “interpretations” contradicting the Charter’s “provisions regarding freedom of religion and conscience.”

The inclusion of “God” in the preamble was originally “advocated by religious groups and linked by those groups with a particular conservative social agenda” (one particularly “hostile to gay and lesbian rights”) and inserted into the preamble as a compromise amendment by Progressive Conservative MP Jake Epp, who also happened to oppose Charter protections for sexual orientation on the grounds that “we can’t include every barnacle and eavestrough in the Constitution of Canada.”

At the time, former Prime Minister Pierre Trudeau admitted he found it “strange” that “some politicians felt obliged to mention God in a constitution which is, after all, a secular and not a spiritual document.”

Kenney may be of a different mind, however – he’s previously invoked his interpretation of the “supremacy of God” on issues ranging from abortion to embryonic stem cell research.

In 1998, Kenney elaborated on his interpretation of the “supremacy of God,” suggesting it affirms the “right to life” as an “inalienable” right:

“We do not create ourselves and we therefore do not create our own rights, but we are created and rights are bestowed upon us. Fundamental human rights such as the right to life are inalienable. Even individuals cannot through the exercise of some radical personal autonomy alienate rights which cleave to the human nature of individuals because they were granted to us by our Creator.

This is what the preamble of our constitution suggests.”