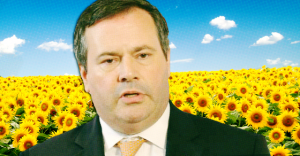 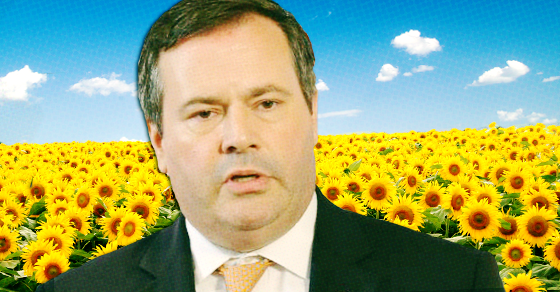 Who is whispering into Jason Kenney's ear?

What kind of expertise is Jason Kenney leaning on?

As Kenney leads a crusade against Alberta’s policies tackling climate change, it turns out the man running Kenney’s leadership campaign was once described as a “global warming critic” by the Globe and Mail.

He’s suggested those who agree with the scientists are participating in “wacky mass-behaviour,” dismissing climate change concerns as nothing more than a “sociological phenomenon,” a “popular delusion” and yes, even as a form of “collective psychosis.” Weissenberger was the object of some controversy several years ago after Harper gave his good friend a plum job working on the board of directors of a federal government agency responsible for scientific research – an appointment slammed as “political cronyism” at the time.

That also proved problematic when the Globe and Mail identified Weissenberger as one of a number of “global warming critics appointed to science boards” by the Harper government:

“On the same day Dr. Mullins was appointed to NSERC, last month, another skeptic of global warming was appointed to the board of the Canada Foundation for Innovation, which funds large research projects. John Weissenberger is a close friend of Prime Minister Stephen Harper, a former chief of staff in the Harper government and a geologist who works for Husky Energy in Alberta.

Dr. Weissenberger has written opinion pieces in the media and on his Internet blog expressing his ‘skepticism about global warming’.

In one such blog entry, Weissenberger explained his skepticism is shaped by a belief that climate change has “much more to do with human psychology and pseudo-religion than reason or scientific method”:

“I’ve long been convinced that the current global warming (or ‘climate change’) hysteria is just such a popular delusion. It has all the signs – a fervent collective belief; disregard or at least dismissal of facts contrary to the belief; and this time, fanatical persecution of unbelievers. This behaviour then appears to have much more to do with human psychology and pseudo-religion than reason or scientific method.

It is in this context that we must examine climate change, as a sociological phenomenon. This manifests itself in the way that climate-catastrophists argue their case, and how they criticize climate-change- skeptics.”

On another occasion, he allowed a member of the climate change denial group Friends of Science – who controversially targeted children with billboard ads suggesting climate change was caused by sunshine – to publish a guest post on his blog arguing that “the sun is the primary driver of Earth’s climate.”

Weissenberger followed up with his own blog entry arguing that temperatures on the planet Neptune somehow challenged the assumptions of mainstream climate science back home on Earth:

“Not only does the Neptune data show warming, but its past temperature history – based on astronomical observations – also displays a strong correlation with solar activity.”

Another entry by freelance writer George Koch (who co-manages the blog with Weissenberger) suggests carbon dioxide is not “innately harmful,” in part because “plants breathe it”:

“It obviously increases the movement’s catastrophist creds if most people somehow come to believe that C02 is innately harmful, toxic, a pollutant or a constituent of smog. It is none of those. C02 is not only naturally occurring (which doesn’t in itself disqualify it from being a pollutant), but it is crucial to life on Earth. Remember, plants breathe it.”

For what it’s worth, Weissenberger’s new boss has also made a similar point:

But don’t think all his energy is spent on those pesky climate scientists!

And on another occasion in the Calgary Herald, Weissenberger and Koch criticized the Canadian Association of Petroleum Producers, calling the oil and gas lobbyists “intellectually lazy” because they decided to accept the “validity” of the “theory” of climate change.

Isn’t it good to know who whispers in Jason Kenney’s ear?