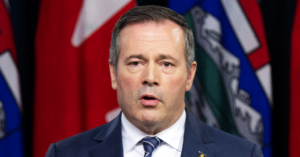 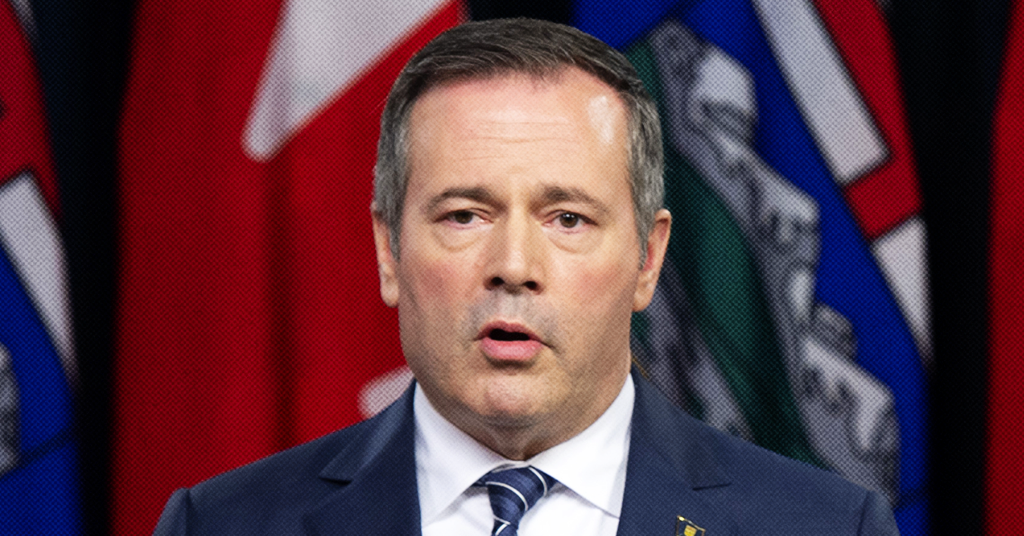 Civil liberties groups and human rights organizations are warning Alberta Premier Jason Kenney’s new “war room” is an attempt to intimidate critics and put a chill on free expression rights in the province.

Described as a “fully staffed, rapid response” unit mandated to respond to “all the lies” about the oil industry, the $30 million “war room” is part of Kenney’s so-called “fight back strategy” that aims to wage war against environmental groups.

Kenney has also indicated he will launch a public inquiry into the activities of environmental groups like the David Suzuki Foundation, while Kenney’s energy minister has promised the government will assemble a team of lawyers to launch lawsuits against environmentalists.

But organizations like Amnesty International says Kenney’s plan to use the powers and instruments of government to declare “war against environmentalists and human rights defenders” is an assault on free speech.

“Those who do not line up with Jason Kenney’s policies on pipelines and climate change will face repercussions.”

“It is blatant intimidation intended to curtail dissent and opposition and most certainly risks chilling freedom of expression in the province,” Neve added.

“For a government to come out and say they’ll be suing environmental groups or individuals, that does or can create a chill on free expression,” Zwibel said, noting it could send a message that “if people speak out on issues that are important to them, they’ll be penalized.” 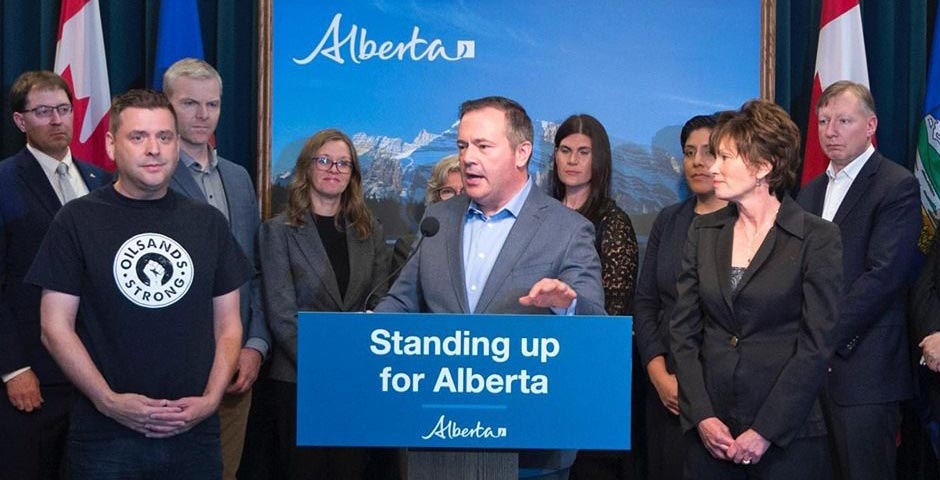 Although no staffing decisions have yet been announced, the collection of people present at Kenney’s war room press conference have already raised questions about the information that will soon be pumped out of the $30 million war room.

Standing behind Kenney at the press conference was Vivian Krause, a self-described “researcher” who focuses on “the money behind environmental campaigns.”

Krause’s research, which is often panned by her critics as a “conspiracy theory,” claims environmental groups funded by the Rockefeller Brothers are secretly working to cap oil production in Alberta.

If that sounds far-fetched, keep in mind Kenney himself blamed the Rockefellers for a secret plot to undermine the family by banning parents from hitting their children and providing abortions to “brown people.”

This week, the Chamber of Commerce hosted a conversation with Krause about how “the Canadian energy industry is the target of a multi-million dollar campaign that explicitly aims to land-lock Canadian oil and gas” — CAPP, Enbridge and Norton Rose Fullbright were the event’s “executive sponsors.”

Kenney was also introduced at the press conference by Robbie Picard, an oil activist who has been involved with groups like Canada Action and Rally for Resources, but better known for creating the “I Love Oilsands” t-shirts.

As Maclean’s notes, Picard is known to be “a bit too enthusiastic in his cheerleading” for the oil industry, as well — in a 2018 appearance on Rebel Media, Picard described environmentalists as “terrorists” who should face “six months in jail” for protesting the oil industry.