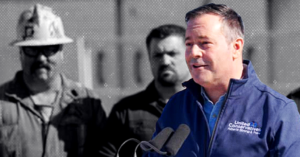 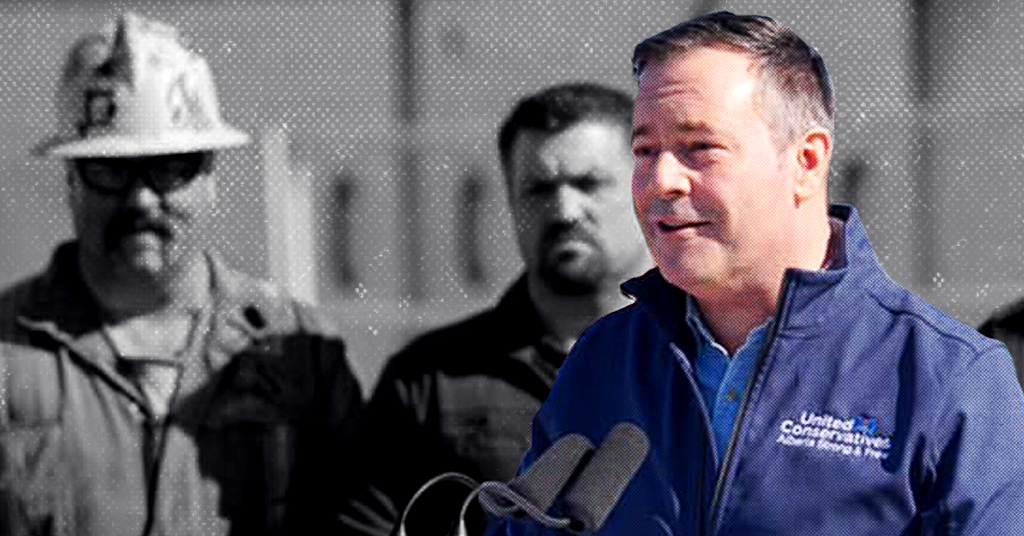 Jason Kenney likes to use oil and gas workers as props for campaign photos, but his plan to gut Alberta’s labour policies would actually take the most money out of the pockets of workers in Alberta’s resources sector.

Kenney’s plan to help corporations and Alberta’s wealthy elites will come at the cost of Alberta’s workers — like a tiered minimum wage, weaker labour laws and a deep cut in overtime pay.

As part of its platform, Kenney’s UCP promised to cut requirements employers pay more for banked overtime hours — amounting to a 33.3% pay cut.

Ironically, the hardest hit by Kenney’s plan will be Alberta’s oil and gas workers.

“For many workers, overtime is a significant part of their salary, especially if you work in an industry that’s seasonal or frequently has busy and slow periods, like many tradespeople in Alberta right now,” CUPE economist Angella McEwan told PressProgress 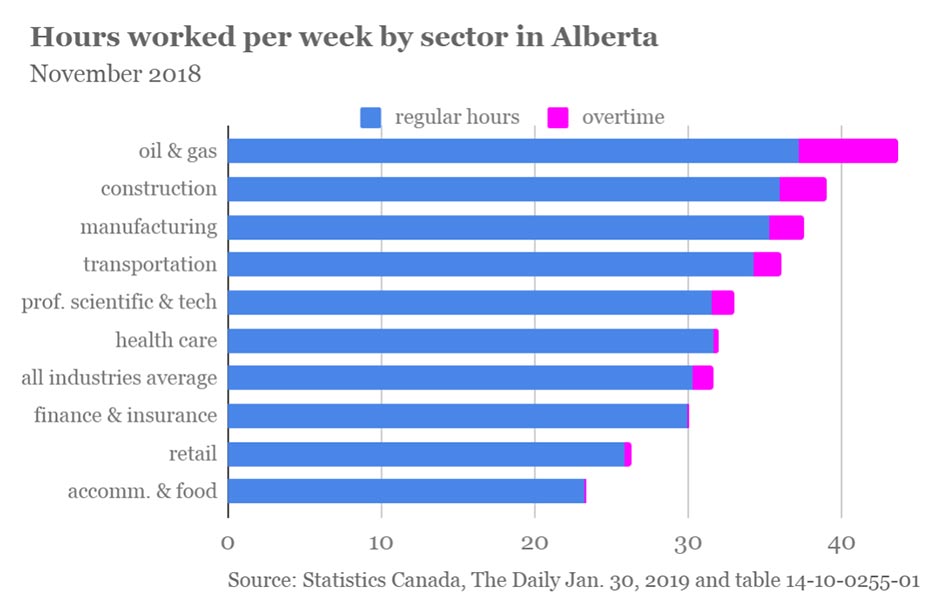 According to ATB Financial’s most-recent figures, not only did resource workers put in the longest hours, averaging 43.7 per week, they put in the most overtime, at 6.5 hours per week.  That’s far higher than the 1.4 hour overtime, ATB Financial noted, “partly explaining why their paycheques are so much larger than average.”

Meanwhile retail, accommodation and food service workers — those Kenney says will be most helped — cost employers the least in overtime pay.

Retail and accommodation and food workers worked 26.3 and 23.4 hours per week, respectively, in Nov. 2018.  ATB noted that’s a “a reflection of the predominance of part-time workers in these sectors.”

Still, Kenney’s plan would cost already-vulnerable low-wage workers between $220 and $328 per month.

NextAlberta said of the proposed cut “the UCP wants to help employers suppress the wages of oil and gas and construction workers.”

“If you work in these sectors — especially if you don’t have a union to protect you — Kenney and the UCP are coming for you.”