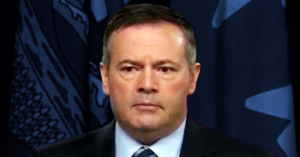 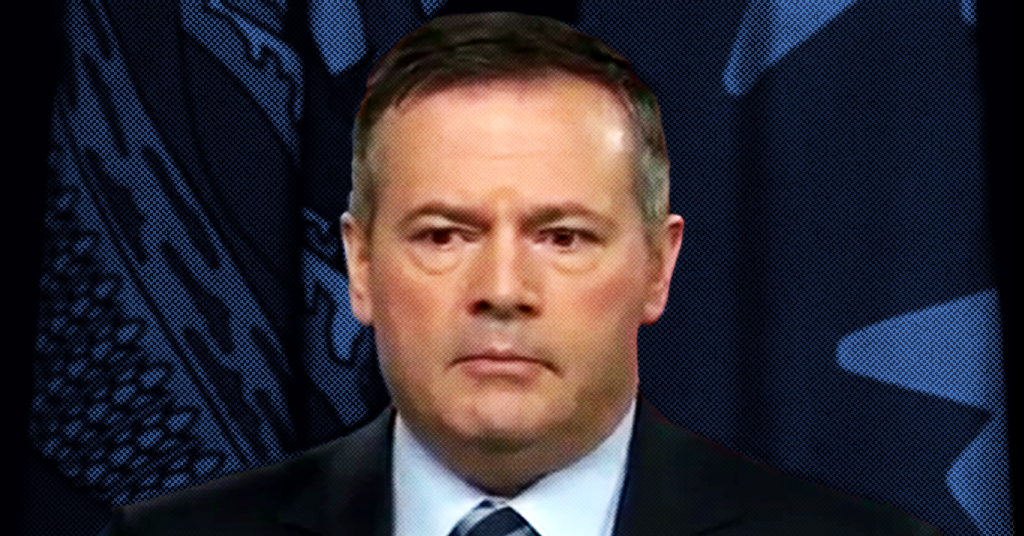 Alberta Premier Jason Kenney has a plan to create safe spaces on campuses for groups that advocate the oppression of women and marginalized groups.

Despite Kenney’s well-documented history fighting women’s rights and free speech on campus as a hardline anti-abortion activist, Alberta’s new premier is now looking to introduce a deceptive policy modeled after one introduced by Ontario Premier  Doug Ford that effectively cracks down on student protesters and penalizes schools that take action against far-right extremism on university campuses.

Demetrios Nicolaides, Kenney’s Minister of Advanced Education, signaled the new government’s intention to follow through on an Orwellian “free speech” policy for post-secondary institutions, according to the Edmonton Journal.

The policy, modeled after measures brought in under Ford’s government in Ontario, claims to promote “free speech” but actually does the opposite, ordering universities to enforce strict “discipline measures” against students who engage in “protesting that significantly interferes with the ability of an event to proceed.”

When the policy was first rolled out, Ford explicitly pointed to a court case backed by a right-wing legal defence group led by John Carpay, a close Kenney ally who compared the rainbow flag to the Nazi swastika, that unsuccessfully argued that the political activities of anti-abortion groups should be entitled to funding like other student groups.

2/3 Doug gave socons a bonus policy by pledging that if elected Premier, he’ll defund universities that do not defend #FreeSpeech. Bravo! That’s much needed because, as Ford said in his presser “schools have been turned into social laboratories”. #onpoli #PCPO @fordnation

Ford’s policy is monitored and reviewed to ensure the policy is enforced, otherwise “the ministry may respond with reductions to their operating grant funding.”

Pressed by the Edmonton Journal, Nicolaides declined to say whether Kenney’s government would also cut funding to universities that don’t comply:

“Nicolaides wouldn’t say whether his government will financially penalize institutions that don’t adopt the principles, saying only the policies would give students and faculty “strong protection with respect to freedom of speech, which is essential to the academic experience.”

Groups representing academics in Alberta stress the Kenney government’s proposal is a “perversion” of free speech, not a measure that strengthens free speech.

Jolene Armstrong, president of the Confederation of Alberta Faculty Associations, told PressProgress the initiative is a “Trojan horse for groups that aim to claw back the rights of other groups of people, which is a perversion of freedom of expression protections.”

“It is all about making sure discriminatory hateful speech can be on campus. If people are counter-protesting these events, that could be shut down,” Arthur said.

“It’s actually very scary in terms of the right to protest.”

Ironically, as a young anti-abortion activist, Kenney himself spent time at university clashing with his Catholic school administrators over the “free speech” rights of women on campus.

At the University of San Francisco in the 1980s, Kenney led an ultra-conservative campus group that was accused of confronting and intimidating the members of a pro-choice women’s group from the university’s law school.

In USF’s student newspaper, Kenney went so far as to argue against “free speech” on campus for groups promoting women’s rights.

In the op-ed, titled “religious bigotry is alive at USF,” Kenney complained that his female adversaries were making “emotional appeals to the inviolable sanctity of free expression.”

He said women’s rights activists “equivocate their University with a shopping mall,” insisting his school must be “guided by the principles of the Catholic faith.”

Kenney concluded by warning that extending free speech to women’s rights groups would open the door to universities welcoming the Ku Klux Klan, the Man-Boy Love Association and the Church of Satan to share their ideas on campus too:

Kenney later attempted to have the Women’s Law Student’s Association charter suspended, prompting the American Civil Liberties Union to defend the women’s group, threatening the school with a lawsuit over Kenney’s efforts.

At the time, Kenney stated:

“Organizations whose objectives are antithetical to the Gospel, including racist, pro-abortion, and homosexual groups, could soon be using facilities and resources that have supposedly been consecrated to the promotion of justice and human dignity.”

After the Archbishop of San Francisco rejected Kenney’s personal plea to defrock his university over its policy supporting the women’s rights group’s freedom of speech, Kenney pledged he would take the matter directly to the Vatican.

Kenney left university that summer only two years into an arts degree.