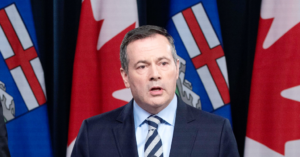 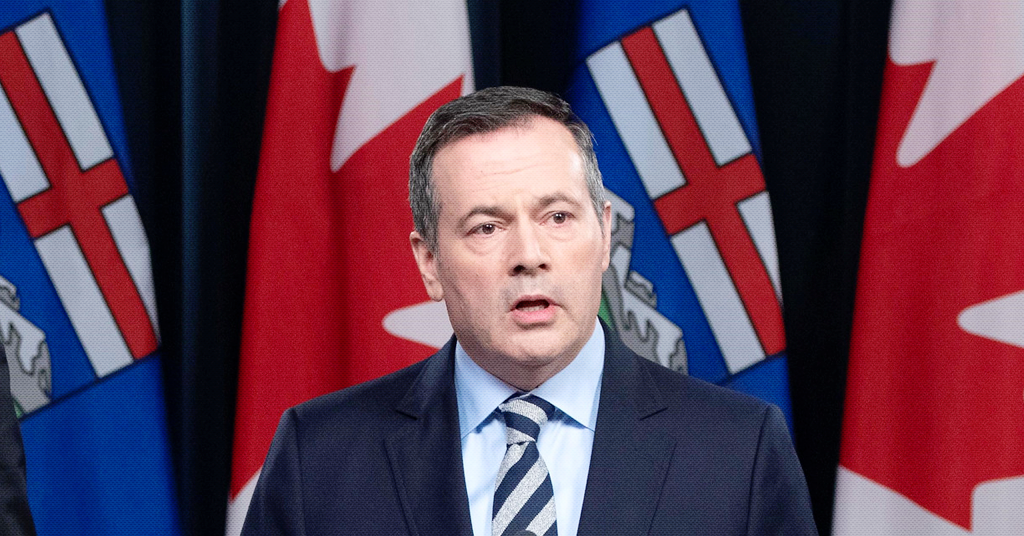 After receiving widespread criticism for statements he made last week downplaying the seriousness of COVID-19, Kenney made an appearance on a local right-wing radio show to do some damage control work.

“There is a very, very close correlation between this disease and age,” Kenney told Global News radio host Danielle Smith, the former leader of the Wildrose Party, one of the precursors of Kenney’s United Conservative Party.

“We’re always told that policy should be based on evidence and data.” Kenney added. “I’m trying to, through the data and the facts, bring balance to the debate, to point out that we can safely reengage in economic and social activity that is critical to our livelihoods and our lives together.”

Kenney was referring to statements equating COVID-19 with the flu and suggesting those under the age of 82 have little to worry about.

“The average age of death from COVID in Alberta is 83, and I’ll remind the house that the average life expectancy in the province is 82.”

That statement prompted people from across party lines to criticize the so-called “pro-life Premier” for devaluing the lives of the elderly:

I haven’t seen my 93 year old grandmother in months because I’m trying to keep her safe during the pandemic.

Jason Kenney would like you to know that the average life expectancy is 82 in Alberta, so if she dies from COVID19 she already beat the odds anyways.#ableg #yeg #yyc pic.twitter.com/38rNDyl1qv

.⁦@jkenney⁩ says:“The average age of death from COVID in Alberta is 83, and I’ll remind the house that the average life expectancy in the province is 82”. So, Alberta seniors, if you managed to live to 82 your shelf life is over. You can die. #ableg https://t.co/CbT0ECR9oP

“death from COVID in Alberta is 83, and I’ll remind the House that the average life expectancy in the province is 82”

Kenney begins to normalize #COVID19 as a risk mainly to the elderly https://t.co/y5Grk2C5Sb

In fact, COVID-19 can cause severe health problems and serious side effects for otherwise young, healthy people, even if that does not ultimately result in death.

As the Calgary Herald  later pointed out, local hospitals are still reporting a number of teenagers and young adults are also being admitted to hospitals and intensive care units:

A recent study also found evidence most people who die of COVID-19 are dying one decade earlier than they would have otherwise, contradicting the idea that COVID-19 victims were living on borrowed time.

Despite this, Kenney also made a bizarre statement describing COVID-19 as an “influenza,” a type of virus also referred to as the flu that is completely different from COVID-19:

“We cannot continue indefinitely to impair the social and economic, as well as the mental health and physiological health of the broader population for potentially a year for an influenza that does not generally threaten life apart from the elderly, the immuno-compromised.”

When it was pointed out that an influenza is not the same thing as a coronivrus, Kenney replied: “In some respects, the two are analogous.”

Medical experts, as well as Alberta Health Services own website, explicitly say COVID-19 is not like Influenza. Experts have told media the comparison is incorrect, dangerous, and downplays the seriousness of the pandemic.

Premier Kenney has called COVID-19 an “influenza” that’s mainly an issue for the elderly.

Is there any validity to the premier’s comments?

“COVID-19 causes severe disease in a higher percentage of cases than seasonal influenza,” The AHS’ website notes. “Estimates of mortality in COVID-19 cases depend on many things, but on average they range from about 1-2 deaths per 100 people infected.”

“By comparison, seasonal influenza is deadly in about one in every 1,000 who are infected.”

The premier also told the legislature Alberta’s population has a “very high level of immune resistance against an influenza of this nature.”

Epidemiologist point out that is also not true.