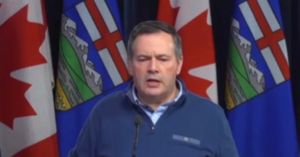 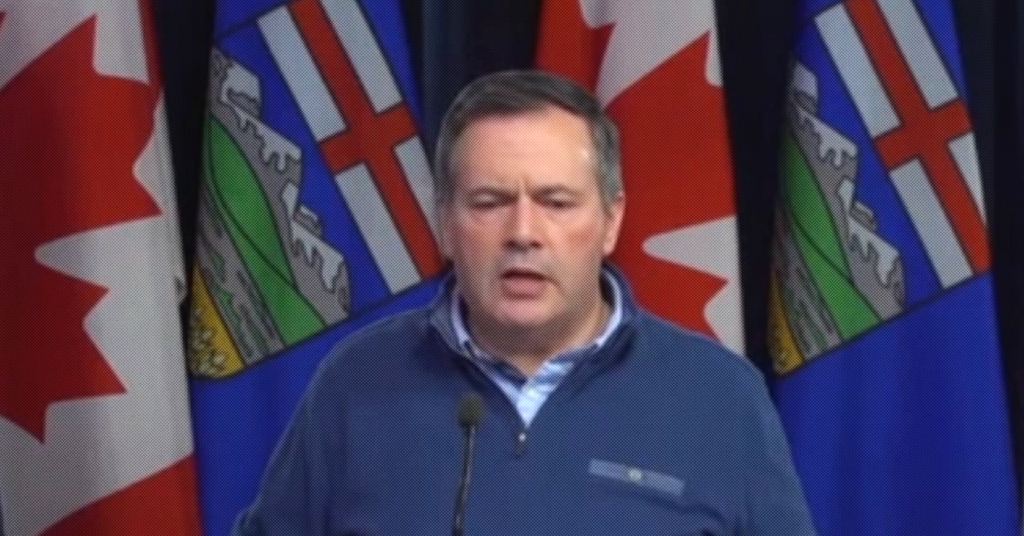 At a COVID-19 press conference Monday afternoon, Kenney was asked what he plans to do about about potentially tens of thousands of newly laid off workers who may not have enough money to pay rent on April 1.

“Mr. Premier, you’ve talked about the government looking into what it can do to protect people from evictions,” one reporter asked. “We’re now eight days away from April 1, is there any movement on that? Will the government ban evictions?”

“Well, first of all, there is a significant backlog on evictions and we are considering a potential short-term stay on enforcement of evictions, but please note that most of the eviction orders that would currently be in the system predate the COVID crisis.

Many of them would be renters who have not paid their rent for several months or who have been engaged in criminal activity or vandalism or operating grow-ops. Landlords need to be able to continue to protect the value of their property from bad tenants …”

Contrary to Kenney’s claims, PressProgress has spoken to a number of newly unemployed workers in Alberta who say their landlords are refusing to show any flexibility on rent deadlines.

Karen, a Calgary renter who recently lost her job due to the coronavirus pandemic, said her landlord is refusing to grant an extension on rent: “I’ve been in this house 10 years and paid rent early every month for 10 years. I want to pay rent in full, I just need an extension.”

Karen said she is currently “trying to eat only one meal a day to save money.”

Another renter in Edmonton named Megan told PressProgress that both she and her roommate “got laid off from both our jobs due to the COVID-19 problems.”

Megan said she asked her landlord about “delaying rent until at least June or July as we will both be out of work for at least three months,” but her landlord said “no and rent is still to proceed as normal.”

According to the Canadian Centre for Policy Alternatives, nearly half of all renters in Canada have less than a months worth of savings on hand.

To date, only the provincial governments of Ontario and Quebec haveissued evictions bans, while the BC government has banned evictions in subsidized housing units.