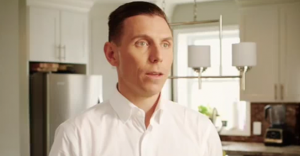 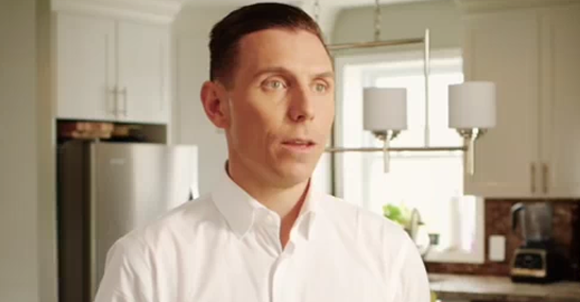 Is there any issue Ontario PC Leader Patrick Brown hasn’t flip-flopped on?

Who is Patrick Brown? Where do his convictions lie? In what does he believe?

Who is Patrick Brown?

Where do his convictions lie? In what does he believe?

Reflecting on the essence of Brown, perhaps it is Albert Camus who expresses it best:

“Forever I shall be a stranger to myself. In psychology as in logic, there are truths but no truth.”

Or is it the National Post’s Andrew Coyne, who tweeted:

Since taking the reins as leader of the Ontario PCs, Brown has made quick work reversing his position on nearly everything.

And while it’s good to see the views of politicians evolve on some issues, the speed and sheer number of flip flops has really been something to behold.

That and “typically, when you’ve had an epiphany, it comes with some insight into what was wrong with your thinking before,” as the Ottawa Citizen’s David Reevely points out.

It kind of makes you wonder what he really believes – or if he believes in anything at all?

Here’s an inexhaustive list of Brown’s flip-flops, so far:

But this was not always Brown’s position.

While he was running for PC leader in 2015, Brown claimed pricing carbon would kill jobs and make Ontario less attractive to investors.

And even after winning leadership, Brown claimed it would “shutter the windows of our largest manufacturers and drive businesses away.”

His own MPs even ran petitions on the issue, until mysteriously disappearing this week:

And during an interview with the Toronto Star last year, Brown said “it would not be my plan to bring in a cap-and-trade system or a cabon tax,” before appearing to change his mind only moments later, saying “I’m not ruling out cap-and-trade forever.”

The Star’s Martin Regg Cohn wondered: “can a politician with no discernible centre rebuild a hollowed-out party?”

What Brown forgets to mention, however, is that he was shaking hands with Hudak at the event unveiling Hudak’s plan to eliminate 100,000 jobs.

During his Ontario PC convention speech last weekend, Brown said “the public sector should be seen as a partner, not an adversary” and added that “it doesn’t matter if you belong to a union … you have a home in the Progressive Conservative Party of Ontario.”

Yet as a Conservative MP, Brown repeatedly voted for controversial anti-union legislation, despite the opposition of unions in Ontario who called the legislation Brown supported “an attack on workers’ right to have a union.”

Also during his convention speech, Brown criticized the pension debate for being framed as a false choice, stating “they want you to believe you have to choose between pension security and lost jobs – no, no and no.”

During last year’s PC leadership race, Brown won the support of social conservatives by condemning the Ontario government’s sex-ed curriculum, declaring “I think the school system should teach facts … I believe it’s up to families to teach values. I think it’s up to families.”

Brown also challenged leadership rival Christine Elliot to join him at Queen’s Park for an anti-sex ed rally, where he again criticized the sex-ed curriculum.

“I’m comforted to know that Patrick Brown also rejects the idea of government as a co-parent especially with something so important as teaching morals and values regarding human sexuality,” said a representative of a key group organizing the anti-sex-ed protests last April.

But only a few months later, Brown seemed to scorn the social conservatives who endorsed his bid for leadership, saying he won’t “get into specifics” about what, exactly, he found objectionable about the sex-ed curriculum and stating “I’m comfortable with teachings on sexual orientation and gender identity.”

It’s worth noting that in 2011, as a federal Conservative MP, Brown voted against adding gender identity to the Human Rights Act.

UPDATE: Despite flip flopping on the sex-ed question last year and stating he was “comfortable” with the curriculum, Brown announced on August 26, 2016 that he is once again opposed to it.

After attending anti-gay marriage rallies, Brown was one of 123 MPs who voted to reopen the same-sex marriage debate in 2006.

As a Conservative MP, Brown voted for numerous motions aimed at reopening the abortion debate, earning him an endorsement from Canada’s biggest anti-abortion group.

After winning leadership, when asked if he supports or opposes abortion, Brown said “we’re not going to revisit that issue (abortion) and I support the status quo.”

Billing taxpayers to run in marathons:

In 2013, Brown billed taxpayers for an official trip to New York City to “meet with United Nations’ officials,” but somehow managed to find 3.5 hours between meetings to go for a brisk 42K jog at the New York City Marathon.

Brown’s office was initially unable to provide any details about who he actually met with at the UN, saying only that the “timing of his visit to the UN fortunately coincided with the NYC Marathon.”

But facing more questions a few days later, Brown flip flopped on his earlier answer and decided to reimburse taxpayers for the trip.