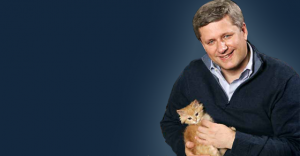 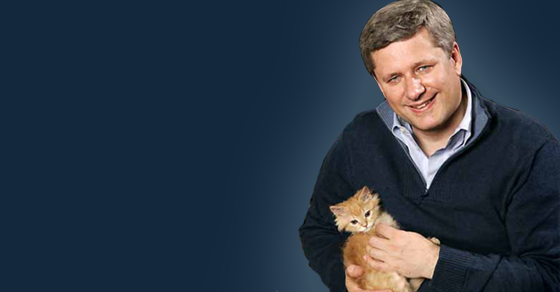 Some say Stephen Harper is racist. Maybe he wants you to forget about Conservative corruption?

It looks pretty ugly. But what if Harper is not a racist?

Is Stephen Harper a racist?

You could make a compelling argument.

Even the directors of Conservative riding associations are ripping up their party memberships and accusing Harper of making Canada “less welcoming” and “borderline xenophobic.”

But is this Harper’s long repressed beliefs bubbling to the surface or is it the art of misdirection?

In September, word leaked that Harper hired Australian-born political consultant Lynton Crosby to help his struggling campaign, someone the Canadian Press credits as the “master” of racist code words.

Here is how Boris Johnson, mayor of the City of London, describes Crosby’s so-called “dead cat strategy,” a way of getting yourself out of a “losing” situation by doing something so off-the-wall bazonkers, it forces everyone to talk about that instead:

“Let us suppose you are losing an argument. The facts are overwhelmingly against you, and the more people focus on the reality the worse it is for you and your case. Your best bet in these circumstances is to perform a manoeuvre that a great campaigner describes as “throwing a dead cat on the table, mate”.

That is because there is one thing that is absolutely certain about throwing a dead cat on the dining room table – and I don’t mean that people will be outraged, alarmed, disgusted. That is true, but irrelevant. The key point, says my Australian friend, is that everyone will shout “Jeez, mate, there’s a dead cat on the table!”; in other words they will be talking about the dead cat, the thing you want them to talk about, and they will not be talking about the issue that has been causing you so much grief.”

Harper probably doesn’t want Canadians talking about how his own office worked behind the scenes to keep a lid on the Mike Duffy scandal.

And he’d probably like you to forget how a dozen others connected to Harper are now in trouble with the law, including Harper’s ethics point man who was sent to jail for election fraud.

He probably doesn’t want to talk about how he has the worst economic and job creation records since world war two.

He probably doesn’t want to talk about the disappearance of 400,000 manufacturing jobs under his watch, or job quality dropping to a 25-year low, or Canada’s deep and persistent inequality, or the explosion of hundreds of billions in corporate profit hoarding and corporate tax dodging, or how he has no plan to deal with Canada’s aging population.

Maybe Harper is more okay with Canadian history books remembering him as the most divisive Prime Minister in Canadian history than with voters thinking his party is ineffective and corrupt?