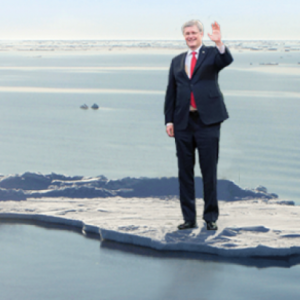 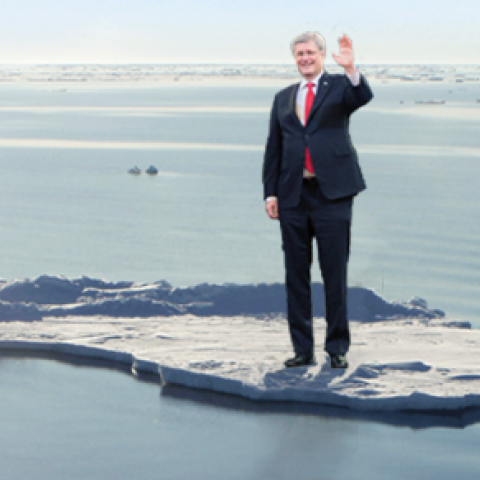 A major United Nations Climate Summit is taking place in New York City next week on the heels of the largest climate march in history on Sunday — and it seems like everyone’s going to be at the high-level meeting. U.S. President Barack Obama will be there. So will British Prime Minister David Cameron along […]

A major United Nations Climate Summit is taking place in New York City next week on the heels of the largest climate march in history on Sunday — and it seems like everyone’s going to be at the high-level meeting.

U.S. President Barack Obama will be there. So will British Prime Minister David Cameron along with virtually every leader in the Western world. But guess who didn’t bother RSVP-ing?

Harper now joins the ranks of Russia’s Vladimir Putin, China’s Xi Jinping and Australia’s Tony Abbott who are all bailing on the UN Climate Summit, cementing his legacy as a “global guru for climate skeptics.”

But here’s a question that might blow your mind: what if Harper believes in climate change — and it’s just that he’s okay with it?

We do know Harper believes the North Pole is melting.

A fact sheet distributed by his office to the media during Harper’s latest Arctic trip shows he’s pumping hundreds of millions of dollars into programs and infrastructure, many aimed at mapping the North for future resource development. Think of the “gas, oil, gold, diamonds and other wealth buried beneath the tundra,” as Harper described the treasure trove during his Arctic visit in 2008.

And what else do we know that Harper knows is melting?

“One day it will sail the Northwest Passage, symbolically following the dream of all the brave Arctic mariners who envisioned a northern route from Atlantic to Pacific,” Harper said when he announced the new polar-class “Diefenbaker” icebreaker during that 2008 trip. What Harper didn’t mention is the reason those brave Arctic mariner’s dreams were dashed is because the Northwest Passage was unpassable. It was covered in ice.

The only reason it’s possible to dream of the North’s buried treasure, mythic shipping routes and all the economic opportunities this presents is because of, well, climate change.

But don’t think of this as profiting off disaster. It’s adapting to climate change.

Here’s how a Natural Resources Canada report released earlier this year put it:

“While adaptation research and programming tend to focus on reducing vulnerability to negative impacts, some impacts of climate change could represent opportunities. Capturing these opportunities requires appropriate adaptation.”

Many of these possible economic benefits are highlighted in bullet points in a March 2014 internal memo to Joe Oliver, Natural Resources minister at the time.

Under “key conclusions and findings,” the memo, newly released to PressProgress under access to information, states that “adaptation can sometimes turn risks into opportunities, and opportunities into benefits.”

What kind of benefits?

“Longer and warmer growing seasons would allow higher-value warmer-weather crops to be grown further north,” the memo states. Also, this “would allow the maple syrup industry to expand north.”

Climate change could be a boon for some industries, with the tourism and insurance sectors showing “the most promise in using adaptive actions to take advantage” of potential opportunities.

“Major warm-weather tourism markets in Canada could benefit from climate change, with the golf industry, for example, profiting from increased season length and demand,” the report says.