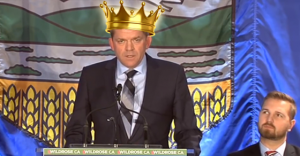 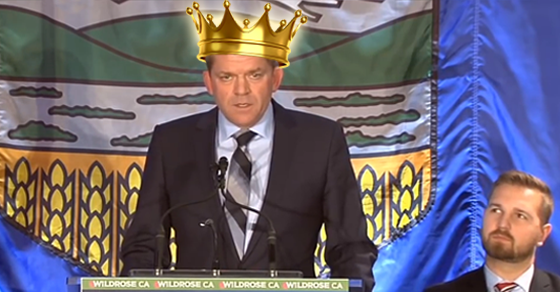 Is it time for Brian Jean to crush the Wildrose revolt against his leadership?

Now is the time for mild-mannered Brian Jean to strike fear into the hearts of his Wildrose caucus.

What is Brian Jean waiting for?

It’s starting to feel like all the people closest to Wildrose leader Brian Jean are whispering, conspiring behind his back to pull a Julius Caesar on him at any moment.

Just this week, one Wildrose constituency association set the wheels in motion for a kudatah by passing a motion calling for Jean’s leadership to be put to a vote at the party’s upcoming convention in October: This comes only weeks after Jean appeared to back down after facing an apparent internal backlash when he suspended his high-profile finance critic from caucus.

Of course, there can only be one reasonable response to a kudatah: randomly kicking people out of your party.

As Machiavelli points out, it takes “a lion to drive off wolves” – now is the time for mild-mannered Brian Jean to strike fear into the hearts of his Wildrose caucus.

Here is a helpful list of five potential sacrificial lambs Jean should definitely consider banishing from his party just to send a message that he’s hasn’t totally lost control of everything: You may be familiar with Wildrose MLA Drew Barnes for his promotion of climate change denial propaganda over social media, but did you know he also finished second to Jean during the last Wildrose leadership contest last year?

And as coincidence would have it, the head of the constituency association who pushed for a leadership review of Brian Jean also supported Barnes “wholeheartedly” for leader.

Is there anyone better to banish? These days, Jean calls Fildebrandt his “brother,” but some ask why Jean was so quick to cast him from the herd?

Is it because Jean sees Fildebrandt as a growing threat to his leadership?

One thing’s for sure – at this very moment, Fildebrandt is quietly amassing an army of Facebook followers for reasons that are not yet clear: Maybe it’s all just a coincidence, but Jean has banished Fildebrandt once. Why not banish him again?

3. Those 9 Wildrose MLAs who equated carbon taxes with the Ukrainian genocide last week

Who says this kind of stuff?

With comments like these, doesn’t it almost feel like they’re trying to prevent Jean from ever becoming premier? Speaking of Strankman, Jean might wonder if he might be more valuable as a cautionary tale than as an MLA?

When he isn’t comparing taxes to genocide, demanding to see evidence that coal pollution is bad for people or hanging out with groups that fear a United Nations conspiracy to takeover Alberta, he also apparently encourages women to bake pies: Wildrose MLA Grant Hunter seems to fancy himself an independent thinker – and who can trust a person with independent thoughts, right?

And when it comes to raising the minimum wage, Hunter’s thoughts definitely seem independent from what pretty much everyone else thinks about the subject.

Hunter’s thoughts on climate change appear to be pretty independent from science too:

But on second thought: can Brian Jean trust anybody anymore?