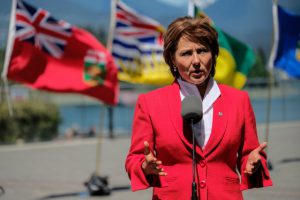 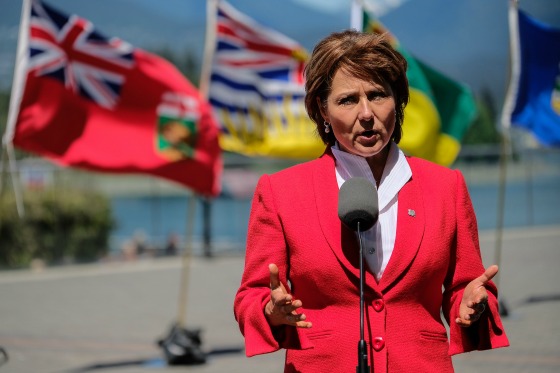 Is Christy Clark’s government the most ethically challenged in Canada?

Another day, another BC Liberal staffer in trouble with the law

Another day, another BC Liberal in trouble with the law.

The BC Liberals came under fire three years ago when leaked documents showed the details of a plan to achieve “quick wins” by “building political capital in ethnic communities by taking what will be perceived as thoughtful and caring actions” ahead of the 2013 provincial election.

The documents spurred outrage that, among other things, showed official apologies for historic wrongs were being considered for purely political reasons. Several political staffers, including Bonney, were implicated in the scheme, and the party was forced to repay some $70,000 spent on his salary for partisan work.

More than five years into the Clark government, such scandals are starting to feel like the new normal: staffers facing criminal charges, misuse of public funds, and a blurred line between party and government have all become hallmarks of Clark’s leadership.

So it’s fair to ask: is Clark’s government the most ethically challenged in Canada?

Consider just five (there are others) examples.

Just weeks ago it was revealed that, in addition to the salary of nearly $200,000 she receives as Premier, the BC Liberal Party pays Clark $30,000 to $50,000 per year for party work, including attending private BC Liberal fundraising events with corporate bigwigs keen to talk to government decision-makers.

The revelation about the “allowance” followed reports that Clark had been appearing at secretive get togethers where wealthy party donors were given special access.

A report published last year by BC’s Information and Privacy Commissioner found that political staffers in the Clark government regularly triple delete government communications that might be subject to freedom-of-information requests.

Ministerial staffer George Gretes is alleged to have grabbed the keyboard of a junior aide and permanently removed e-mails concerning government meetings about the Highway of Tears investigation into murdered and missing aboriginal women. In the course of the recent investigation, Gretes even lied to Privacy Commission investigators under oath.

In addition to the Highway of Tears investigation, there are at least seven further examples of communications surrounding important government business mysteriously going missing.

What is it with the BC Liberals and deleting emails?

In 2013, the party hired former Ontario Liberal staffer Laura Miller as its Executive Director. Not long after, Miller was charged alongside Dalton McGuinty’s former chief of staff David Livingston for the alleged destruction of emails in the Premier’s Office connected to the $1-billion cancellation of two gas-fired power plants.

Miller is charged with breach of trust, mischief and misuse of a computer system to commit mischief. She initial resigned, but the BC Liberals rehired Miller in March. The charges haven’t gone anywhere.

Asked about the rehiring BC Liberal election co-chair Rich Coleman said that, since Miller’s association with the party would be criticized anyway, she might as well return to work. YOLO!

Land sold at a $43 million loss to taxpayers

Documents released last year showed that the government sold 14 publicly owned parcels of land on Coquitlam’s Burke Mountain for $43 million less than what an independent appraiser said they were worth.

The land was sold just before the 2013 fiscal year came to a close – just in time for the government to use the sale (a one-off influx of cash) to present a “balanced” budget for 2013/2014.

Using public funds to brag about the government’s record

At the same time their federal cousins were up in arms about the Harper government’s frequent use of public advertising for partisan purposes, the BC Liberals were pumping out $15 million worth of taxpayer-funded ads.

The ads, highlighting the so-called “BC Jobs Plan”, were widely deemed partisan and wasteful by observers – including Martyn Brown: Gordon Campbell’s former chief of staff.