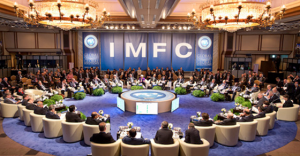 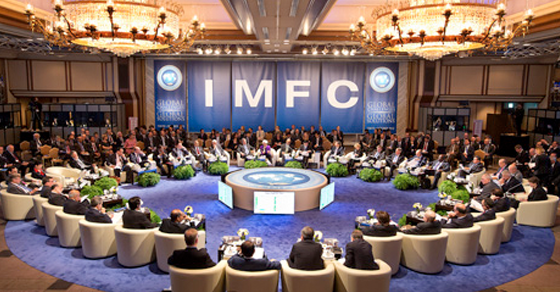 IMF study: decades of chipping away at unions is “strongly associated” with rising inequality

After decades of undermining labour unions, it turns out the biggest winners have been the super-rich.

After decades of undermining labour unions, it turns out the biggest winners have been the super-rich.

According to a recently published study from the research department of the International Monetary Fund (IMF), declining unionization around the world since the 1980s has driven down wages and left top earners even richer than they were before.

“We found strong evidence that the erosion of labor market institutions in the advanced economies examined is associated with an increase of income inequality,” says the study’s authors, IMF economists Florence Jaumotte and Carolina Osorio Buitron.

The study says that although globalization, technology and financial deregulation have contributed to rising inequality, declines in unionization “limit workers’ influence on redistributive policies,” while “the rise in top income shares is possibly supported by the weakening of labour market institutions” since this “reduces the bargaining power of average wage earners relative to top earners”:

“The most novel result is the strong negative relationship between unionization and top earners’ income shares. This finding challenges preconceptions about the channels through which union density affects income distribution. Indeed, the widely held view is that changes in labor market institutions affect low- and middle wage workers but are unlikely to have a direct impact on top income earners. We argue that if de-unionization weakens earnings for middle- and low-income workers, this necessarily increases the income share of corporate managers and shareholders.”

Not only has inequality between highest and lowest earners increased, the study also shows the share of the global top 10% has grown at a dramatic pace: “We find evidence that the decline in union density—the fraction of union members in the workforce—is strongly associated with the rise of top income shares,” the study concludes.

That conclusion echoes findings in Canada.

A 2015 study by the Canadian Centre for Policy Alternatives identified a similar relationship between declining union coverage and rising inequality in Canada over the last few decades: But as CCPA notes, that drop is even more striking among middle-income private sector workers: “Essentially, what this means,” the CCPA explains, “is that the decline in the weight of full-time unionized private sector workers in the middle to upper-middle income range is associated with a dramatic reduction in well-paid, private sector, unionized jobs, and that reduction took place over a very short span of time.”

Overall, Canadians have seen their average weekly wages and salaries decline 0.3% between 1977 and 2013 after adjusting for inflation. But previously, between 1945 and the late 1970s, workers saw their weekly earnings increase 114%.

Meanwhile, as union density in Canada declined between 1997 and 2011, the richest 10% accrued 48% of all inflation-adjusted income growth in Canada.

The richest 1% alone accounted for 18% of all income growth.