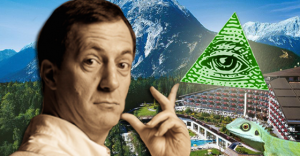 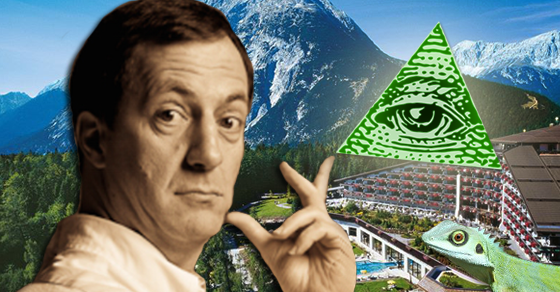 If you spot Andrew Coyne at Bilderberg, tell him to send this message to the Illuminati

Coyne's name definitely appears on a guest list alongside a who's who of the global elite for this year's secretive Bilderberg Conference.

Is Andrew Coyne, National Post’s Editorials and Comment Editor, conspiring with a secret cabal of extraterrestrial power brokers to enslave humanity under a new global super-government?

Perhaps, perhaps not — but thanks to the BBC we do know beyond a shadow of a doubt that Coyne’s name definitely appears on a guest list alongside a who’s who of the global elite for this year’s secretive Bilderberg Conference taking place between June 11-14, 2015 at a mountaintop Austrian luxury resort. Conspiracy theories have famously connected the annual Bilderberg Conference to nefarious groups, including the Illuminati and shape-shifting space lizards. But more likely than not, Bilderberg is probably just a bunch of mostly old rich dudes who get together every year to talk about geopolitics, global economics and other issues way less interesting than Queen Elizabeth being half-space lizard or President Obama teleporting to Mars.

According to their website, we do know one topic on this year’s agenda is “current economic issues.”

Just to be helpful, here are five things Canadians would probably appreciate Coyne bringing to the attention of his cabal of rich and powerful friends at Bilderberg if he made it:

Since the 2008 financial crisis, the right has tried to blame the economic downturn on public spending, rather than deregulation or good old fashioned greed.

Experts point out the right’s agenda on cutting both taxes and public services only makes the rich richer rather than eliminate debt. Heck, even the IMF now disputes the logic behind of austerity policies, arguing “it does not follow that paying down debt is good for growth” since “paying down the debt would require further distorting the economy.”

2. Unions are good for the economy

Speaking of the IMF, they also recently said “the decline in unionization is strongly associated with the rise of income shares at the top.”

The result? Stagnation in median real incomes and “the worsening of income inequality…incomes rose at the top of the income distribution, but not in the middle or below.” In other words, the rich got richer and the gains of new economic growth weren’t evenly shared.

3. It’s time to give low-income workers a raise

Bilderbergers might think about giving their bellhop something better than a tip this weekend: why not a raise?

Low-paid workers and minimum-wage earners come from diverse backgrounds — and many are older than some may think.

And they’re not working at small ma’ and pa’ shops on Main Street like right-wing groups claim — nearly half (46%) of Canada’s minimum wage workforce are employed by companies with 500+ employees, such as large corporations and brand name retail and restaurant chains.

The reality is that many Canadians from different age groups and backgrounds work minimum wage jobs – and they can’t make ends meet under the current wage, even working full-time.

4. The offshore economy needs to be shut down

Between $21-32 trillion — nearly one-third of the world’s wealth — is estimated to be held in the world’s tax havens, thanks to the loosening of rules.

And at the latest count, up to $199 billion of Canadian corporate cash is held in the world’s top 10 tax havens. In fact, the tiny island nation of Barbados is now the second top destination for Canadian foreign direct investments. Seems that money could be doing a lot better work back home.

5. Do the rich really need so many tax loopholes?

Here’s one specific ask for Coyne and the Canadian Bilderberg delegation, which includes a number of CEOs: why not support closing the stock option loophole?

Canadian corporate executives increasingly pay themselves in stock options. Seventy-five of Canada’s top 100 CEOs hold nearly half a billion dollars in stock options alone. So while regular folk who earn a salary or get paid an hourly wage pay tax on 100% of their income, this loophole can be used to avoid paying tax on 50% of earnings when the stocks are optioned.