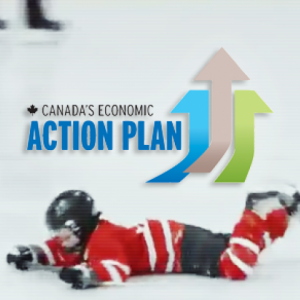 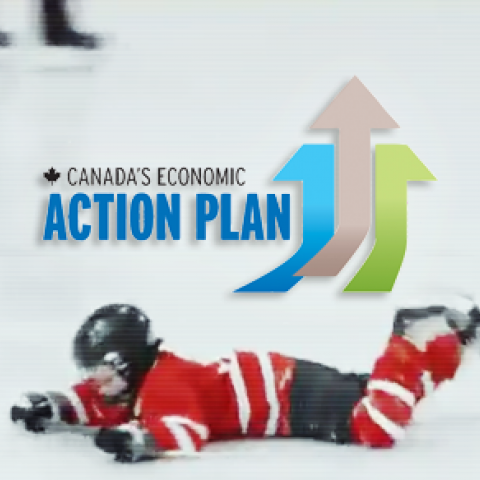 Focus groups can teach you lots of interesting things: If you offer parents a $75 tax credit to put their kids through hockey, they’ll shrug and tell you it’s not a “meaningful amount.” If you show them a super cute kid flopping around the surface of a hockey rink for 30 seconds and and tell […]

Focus groups can teach you lots of interesting things:

These are some of the things the Government of Canada learned when it showed a set of Economic Action Plan ads on “tax relief” to focus groups, a recently disclosed communications report reveals.

While the focus groups purported to make sure the ads informed the public about the Children’s Fitness Tax Credit and services offered by Canada Revenue Agency, the report spends as much (if not more) time measuring the emotional impact of the ads on target audiences.

In fact, compared to the emotionally-driven messages about the benefits of so-called “tax relief”,  the report itself concludes that people barely noticed the key points CRA had hoped to get across. The public service messages were simply “viewed as add-ons or reminders and not strong enough to cause behavioural change.”

And yet the taxpayer-funded TV ad ran anyway.

The report offers a rare, behind-the-scenes glimpse into the decision-making process of the Conservative government’s much parodied Economic Action Plan ads.

Several focus groups were shown three versions of the same ad. One rejected ad featured a camera panning across a trophy case that many didn’t like because of the “emphasis on winning trophies” that reminded them of “competition and winning and losing.” Others said the trophies prompted them to wonder “how their salary bracket would impact the tax credit they might receive.” That ad didn’t make the cut.

But the one that was ultimately selected, titled “Self Esteem”, received unanimous support from the focus groups. Many reported they were “touched emotionally” by the ad.

Self Esteem features a young boy boasting about his achievements at the hockey rink, while clips are shown of the same boy falling all over the ice and scoring in his own net. A narrator eventually cuts in, announcing: “Kids love the game. You’ll love the tax credit.”

Here’s how the focus group felt about this “heartfelt” ad: Focus groups were taken in by the “‘sweet’, ‘cute’, and ‘adorable'” child featured in the ad, listing “the little boy’s enthusiasm, the emphasis on having fun and the fact that ‘he was not that good’ but still really enjoyed himself” as major appeals. Others said they “liked the use of hockey.”

The report also notes that “parents related to the ad – it appealed to those with children.” Participants said they “liked that there is a tax credit that encourages parents to enroll their children in fitness activities.”

However, the consultants point out that many were unimpressed when they learned just how little the tax credit is worth.

“The amount of the tax credit was viewed as demotivating for many,” the report says buried in a section labelled ‘other mentions’. “They pointed out that in comparison to the expense of having a child involved in a sport such as hockey a $75 tax credit is not viewed as a meaningful amount.” And on the whole, the focus groups didn’t feel the ads were very informative.

Many were confused about which sports and activities were eligible for the tax credit and to which age ranges it applies. And participants barely noticed requests to file online and use direct deposits (two of CRA’s three main campaign messages).

Of course, the ads don’t bother mentioning that the $75 tax credit costs the country $100 million per year, there’s no evidence it actually increases the health and well-being of kids and wealthy households see far greater benefits from the scheme than lower income families.

Too bad the focus groups weren’t informed their tax dollars were being used to produce ads that gloss over those facts. Imagine the emotions that would generate!

Here’s the Economic Action Plan ad that did make it to air – and pay close attention to how the cuteness overload of the ad tugs on your emotions to sell you flawed tax policies: