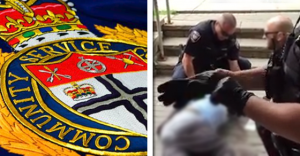 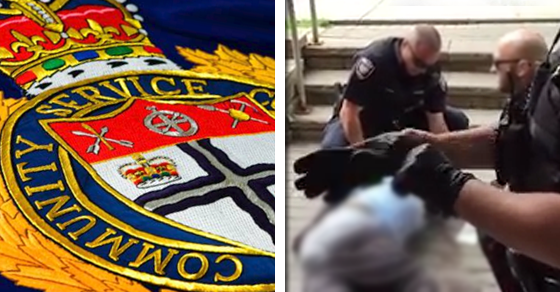 This is a problem.

This is a problem.

This week, an Ottawa man named Abdirahman Abdi was killed after a violent encounter with Ottawa police. Abdi was a Somali-Canadian immigrant who was also believed to be autistic. Two Ottawa police officers are now under investigation in connection to his death.

After controversies surrounding carding and racial profiling, Ontario has seen a number of high-profile lethal encounters between police and the mentally ill in recent years – notably the killings of Michael Eligon, Sami Yatim, Jermaine Carby and Andrew Loku – it’s pretty hard to deny problems linked to race and mental illness have become part of a pattern for police in Ontario.

So how can we get at the roots of the problem?

The Ontario Human Rights Commission has a few ideas – and the Government of Ontario might want to pay attention.

In a recent submission for public hearings on policing and public safety in Ontario, the OHRC proposes a number of pragmatic reforms – endorsed by more than a dozen human rights, legal advocacy and community groups – aimed at the goal of making policing in Ontario better reflect the principles spelled out by Ontario’s Human Rights Code.

Here are a few solutions they’ve brought to the table:

One reason individuals with mental health disabilities and addictions are more likely to be subject to use of force by police is they don’t predictably comply with police instructions.

The OHRC points out the behaviour of individuals with mental health disabilities tend to be “interpreted as unusual, unpredictable or inappropriate” by police, something that can escalate if “officers rely on stereotypical assumptions about dangerousness or violence when deciding whether to use force.”

To better align policing with human rights principles, the OHRC wants an independent review of the province’s “use of force” model.

They also propose police put more emphasis on communication and de-escalation strategies and call for the creation of special units to handle incidents involving individuals with mental health or addiction issues.

“Racial profiling is a systemic problem in policing,” the OHRC points out.

And one of the first problems is the province doesn’t even have a clear definition of what racial profiling is or guidelines on what police should do to avoid it.

The OHRC stresses that racial profiling isn’t limited to carding, it “occurs in a wide variety of police interactions, including traffic stops, searches, DNA sampling, arrests, and use of force incidents.” So, they propose the province brings in “clear guidelines on when and how police stop and question people; an appropriate framework for rights notification; and a prohibition on conducting immigration status checks on victims, witnesses or individuals” unless there are “bona fide reasons for doing so.”

The OHRC says Indigenous peoples are “over-represented at every stage of the criminal justice system,” representing a quarter of Canada’s prison population alone.

They add that funding for First Nations police services are inadequate and many Indigenous peoples feel alienated by their treatment by the way municipal police and the OPP treat them with “indifference or hostility.” The OHRC suggests:

“The Government must meaningfully engage and work closely with Indigenous communities to understand the concerns and issues they face in the context of law enforcement; and work with the federal government to develop a clear action plan with detailed timelines to address these concerns.”

A good venue for that discussion could be the federal government’s upcoming inquiry into Missing and Murdered Indigenous Women and Girls, although a recent draft of the terms of reference for the inquiry has been criticized for its “lack of teeth” in examining the role of law enforcement.

Accountability to the public

Calls to hand over disciplinary powers of the province’s Special Investigations Unit have come from both police unions and the former head of the SIU – and both are concerned political interference has undermined the Unit’s integrity in the eyes of the public.

In addition to greater independence and transparency , the OHRC suggests two other ideas for making police more accountable to the public:

• Commission an independent study looking at requiring all officers to wear cameras when they’re in uniform;

We actually don’t have any statistics showing the depth of violent encounters between police and individuals from racialized groups or individuals with mental health and/or addiction issues because no agency collects the data.

The OHRC also calls for governments to ensure greater enforcement and discipline “when their behavior is consistent with racial profiling or discriminatory use of force on people with mental health disabilities and/or addictions.”