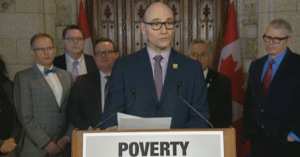 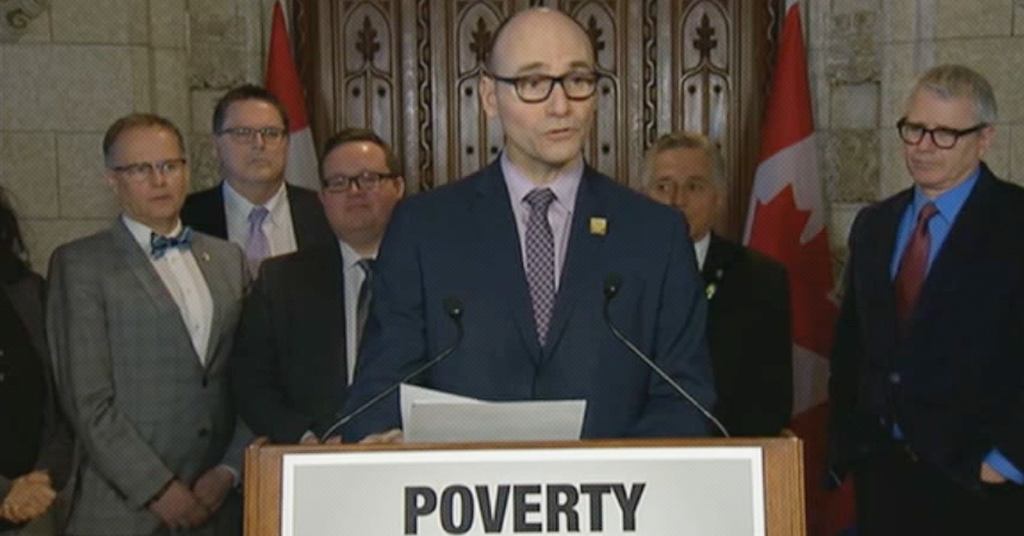 This article is more than 3 years old

While that might sound like good news, anti-poverty groups say the anti-poverty strategy will do more to keep track of how many Canadians live in poverty than it will do to end poverty in Canada once and for all.

Although it offers some good steps forward on social policy, the new anti-poverty strategy will do little on its own to actually reduce poverty.

According to its mandate, the strategy will set new poverty reduction targets so Canadians can “monitor the progress being made and hold this and future governments accountable.”

Meanwhile, the new advisory council will advise the minister and “publicly report, in each year, on the progress that has been made toward poverty reduction.”

Sounds good, but as the Canadian Centre for Policy Alternatives’ Katherine Scott points out, the targets are so unambitious, Canada is “already most of the way to meeting the 2020 target already.”

“The federal government is effectively leaving the fate of poverty reduction to future governments,” the Scott adds, noting this is “a point Minister Duclos acknowledged at the press conference.”

As Scott sums it up:

“There is a clear gap here – between language and delivery. We were hoping for a poverty reduction strategy – but what we got was a poverty measurement strategy.”

The consensus emerging from anti-poverty groups is that the anti-poverty strategy falls short because it does not allocate new resources to achieve its goals.

Darlene O’Leary, an analyst with Citizens for Public Justice, told PressProgress that although she’s “glad to finally have a national poverty reduction strategy,” Canada needs something beyond a “piecemeal approach that pulls together previous policy and funding commitments”:

“A strategy needs to be comprehensive, legislated, and adequately funded to reach its targets … The targets and timelines set out in Opportunity for All are good to see. However, they are not ambitious enough. A wealthy country like Canada is capable of poverty eradication and that’s a goal our campaign will continue to push toward.”

Biss told PressProgress groups like hers liked the language found in the strategy, but were disappointed by the lack of funding:

“It is unfortunate that no new monies were announced, and there is a reliance on existing programs without additional income supports. This means this strategy is less ambitious than we would have hoped … We were certainly hoping to see adequate funding behind this strategy beyond the programs already announced.”

Citizens for Public Justice and Canada Without Poverty are both members of the Dignity For All campaign, which calls for sweeping changes in six key policy areas, including income security, housing and homelessness, health, food security, early childhood education and employment.

A serious effort to eliminate poverty would include new public programs and policy changes. The campaign specifically endorses a national pharmacare program and national wage standards to promote living wages.

Yogi Acharya, an organizer with the Ontario Coalition Against Poverty, provided an even blunter assessment, dismissing the strategy as “good talking points” that won’t help reduce poverty.

Acharya told PressProgress that the strategy promises “some help in the elusive future while providing little to no respite now, even as homelessness reaches crisis proportions”:

“The poverty reduction targets set serve as good talking points for ministers, but the resources necessary to realize them are not allocated. Meanwhile, both levels of government continue to be active proponents of neoliberal policies that have expanded low-wage precarious work, weakened unions and scaled back funding of income security programs and public housing.”

According to data recently released by the CCPA, over 4 million Canadians are currently living in poverty.