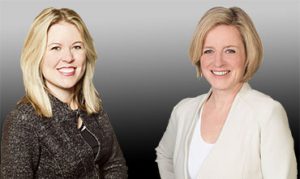 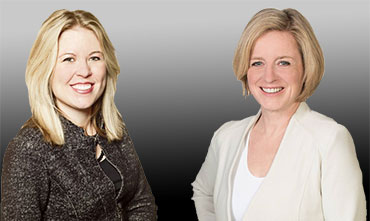 Here’s why being a woman in politics can suck

Top 10 ways politics can be pretty ugly for women

This election saw historic levels of Indigenous and Muslim MPs elected, but women’s representation in the House of Commons barely budged.

Twenty-six per cent of the MPs elected were women, up only 1% from 2011 results — a figure putting Canada at 48th in the world for women in Parliament.

And how about the political environment into which they get elected? Well, it can suck.

Here are 10 reasons why:

1. It’s lose/lose. You’re either considered “too bossy” to lead, as newly re-elected Conservative MP Michelle Rempel spells out in a Twitter essay…

All your DMs with DO IT aren’t helping. I’m a 35 year old chick. We’re not supposed to do these sorts of things, you know.

Maybe I should take a little time – good things come to those who wait. I’m a bit too aggressive. Maybe the base won’t understand me.

her party cred…wasn’t an eda prez or managed our policy input process for years or anything. Nope. Just bossy. Young.

Anyway…..want to talk about women in leadership? Those are the things that come up. Goodnight Twitter.

…Or someone’s pawn, as Alberta Premier Rachel Notley has discovered: 2. People call you the c-word. 4. They make sexual and violent threats. 5. Seriously, so many sexist and violent threats that’s it’s actually become considered “totally normal” and “not unusual in any way.”

Online threats to @RachelNotley. Strange to think this is “normal” for public figures. #ableg https://t.co/eIfbKVXlVB

6. They go after you for what you look like, rather than what you say.

For the late crowd. MT @JeromieWilliams: Have a little respect for the country and learn how to sit in your chair w/o looking like a hooker. 9. Washed-up rappers make comments that a woman shouldn’t lead a country because “women make rash decisions emotionally,” and that the Loch Ness monster has a better chance of winning.

10. And when you complain about the unfair double standard, you get called “self-entitled.”

This passive aggressive @MichelleRempel tweetstream is like a parody of the millennial self-entitlement complex https://t.co/WqqgSb3HvX