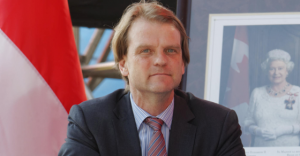 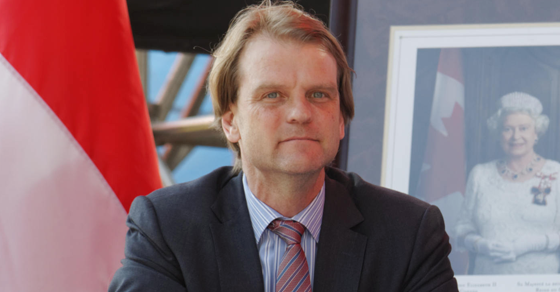 Thursday was not a good day for Citizenship and Immigration Minister Chris Alexander.

Thursday was not a good day for Citizenship and Immigration Minister Chris Alexander.

It started with news that Canada had rejected a refugee application from the family of Alan Kurdi, a 3-year-old Syrian who was discovered washed ashore on a Turkish beach. Photographs of Kurdi’s body have gone viral and ignited a global outcry about the Syrian refugee crisis.

While it later turned out the rejected application related to Kurdi’s uncle rather than his father, Kurdi’s aunt had sent Alexander a letter dated March 17 pleading for help for her entire family.

And it didn’t help that the night before, Alexander was widely criticized for making factually incorrect statements about the refugee crisis in an interview with the CBC.

Was it all just a bad day for Alexander or something that’s recurring? Here are a few things to consider:

In 2012, the Conservatives made significant cuts to the Interim Federal Health Program, which provides temporary healthcare to refugees and refugee claimants after they’ve arrived in Canada.

The changes denied healthcare coverage to vulnerable refugee groups such as children, pregnant woman and cancer patients and restricted most refugees’ healthcare access to bare basics.

Not only that, Alexander scolded the government of Ontario after it stepped in to provide the coverage itself:

“Simply arriving on our shores and claiming hardships isn’t good enough. This isn’t a self-selection bonanza, or a social program buffet.”

A federal court later called the changes “cruel and unusual treatment,” adding that the government’s position “perpetuates the stereotypical view that [refugees] are cheats… [and] undermines their dignity and serves to perpetuate the disadvantage suffered by members of an admittedly vulnerable, poor and disadvantaged group.”

“We are doing this because the court has ordered us to do it,” Alexander said in July 2014 response to the court order. “We respect that decision while not agreeing with it.

A year later, this turns out not to be the case.

2. Canada has already “done more than our part”

Although Alexander thinks “we have done more than our part in resettling refugees,” the numbers tell a different story.

The government says it only accepts 10,000 refugees per year, ranking Canada 33rd on the number of refugees per capita according to 2012 data from the Canadian Council for Refugees.

The CCR points out Canada accepted less than 1% of the total number of new refugees in 2014 and is home to only 1.5% of the world’s refugees. Not only that, but according to Alexander’s own department, it could likely be doing more.

Last year, internal documents released to the Ottawa Citizen under Access to Information suggested Canada could accept thousands more Syrian refugees under the the targets the Conservatives themselves had set.

3. By the way: how many Syrian refugees are in Canada, anyway?

In June 2014, Alexander claimed “1,150 Syrian refugees who have received Canada’s protection so far are in Canada.”

But in July 2014, Alexander said only 177 Syrian refugees sponsored by the federal government were on Canadian soil, along with another 108 privately sponsored refugees.

When he was asked about it again in October 2014, suddenly Alexander said there were 1,645 Syrian refugees in Canada.

A journalist reported in July 2015 that when he tried to find out the real number, Alexander’s department told him the material he was looking for was only “available for purchase by the public,” at a rate of “$100 for the first 10 minutes or less of access to the department’s database, plus $30 for each additional minute or less of access.”

4. Alexander seems to talk about Syrian refugees even less than the CBC

And then on Wednesday, when CBC Power and Politics host Rosemary Barton asked Alexander why the government has not acted faster earlier, Alexander replied that he was “actually interested in why this is the first Power & Politics panel we’ve had on this.”

Later in the program, Barton pointed out the crisis had been the topic of 32 panel discussions, as well as five interviews with Alexander himself.

Alexander also accused Barton of wanting “to avoid the fact that the biggest conflict and the biggest humanitarian conflict of our times has been going on for two years and you and others have not put it in the headlines,” and later criticized Barton on Twitter:

Conflict that has killed 300K, made 4M refugees, displaced 8M deserves much more than one panel every two months. @RosieBarton @LeslieCBC

According to a search of the government of Canada’s website, Alexander appears to have issued only 11 news releases mentioning Syria or Syrian refugees since being appointed Citizenship and Immigration Minister in 2013.

And between Alexander’s personal and ministerial Twitter accounts, Alexander has tweeted the word “Syria” a total of 17 times since 2011.