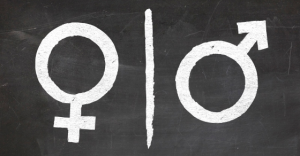 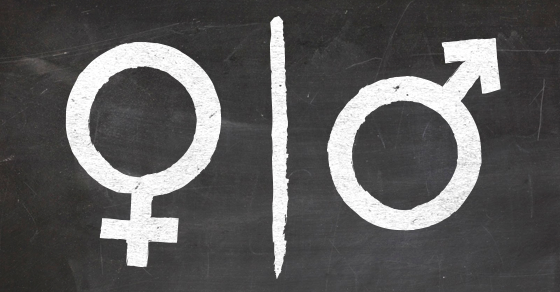 It's no secret women in Canada are paid less than men. Here are four things we can do about it.

It’s no secret women in Canada are paid less than men.

What does the wage gap look like in your city? Want to know why? Check it out https://t.co/hzl3E1MIYv pic.twitter.com/cDRa3SB79W

Last year, a secret internal report from Status of Women Canada warned that the “pay gap” in Canada is one of the worst among the world’s industrialized countries.

So what can be done about this?

A new joint report from the Canadian Centre for Policy Alternatives and Oxfam has a few solutions:

1. Look at public policy through the lens of gender

We wouldn’t make policy decisions without considering the impact on the economy or the environment, so why not the impact on gender too?

Actually, Canada’s Ministry of Status of Women is already “tasked with ensuring gender-based analysis occurs across all government departments and agencies,” but lack of funds and understaffing means they haven’t been fulfilling their mandate:

“Status of Women’s budget for this work is approximately $2.5 million annually. High-level leadership, sufficient resources and monitoring capacity are all necessary to ensure the federal government makes informed decisions about how policies affect the lives of men and women in Canada.”

Want an example of something that should be analyzed through the lens of gender?

“Tax policies designed without attention to the different impact on men and women can have a negative effect on economic growth overall and on women’s economic security,” the report says.

As one example, the former Conservative government’s controversial income splitting tax cut proposed a scheme allowing high-earning spouses to lower their taxes by transferring parts of their income to their low-income spouse, something that was criticized for making wild assumptions about what 21st century families look like and also for incentivizing women to not participate in the workforce.

Here’s how the benefits of income splitting broke down by gender: The report points out that decades of right-wing tax policies have not only shifted the tax burden away from corporations and wealthy Canadians onto the backs of workers – it has also helped widen gender inequality.

“Canada could increase its contribution to women’s economic equality by supporting tax policy reforms that shift the tax burden from labour and consumption to capital and wealth,” the report says.

Another way to reduce gender inequality is by investing in public services that support women.

“Government services also play an essential role in easing the burden of unpaid work and enabling women to both seek employment and provide for their own economic security,” the report says, listing universal health and education, as well as home support and community care services for seniors as examples of services that “reduce women’s unpaid care work and expand their job opportunities.”

But one thing that could make a very big impact would be affordable and accessible childcare:

“The lack of affordable and accessible childcare in Canada is creating a crisis for the one million households in Canada that have twp working parents and a child under the age of six, and for the more than 100,000 single working parents with young children. It is also creating a significant drag on economic growth. The lack of childcare spaces keeps mothers out of the workforce long after they want and need to return. The high cost of childcare means that a working parent often spend as much as a third of their income on childcare.”

The cost of child care in Canada continues to rise, with the median cost for a toddler (between the ages of 1.5 and three years) as high as $1,325 per month in Toronto: The CCPA’s Kate McInturff has pointed out “women are nine times more likely to cite child care as a reason for staying in part-time work rather than taking full-time work.”

“Women’s opportunities for higher pay are limited by the family responsibilities which they still disproportionately bear,” says Mary Cornish, Chair of the Ontario Equal Pay coalition, adding that “women with children earn an additional 12% less than women without children.”

“Canada should protect workers,” the report states, “by ensuring access to decent and safe employment opportunities, non-discrimination in the workplace, and women’s right to organize.”

The report points to the public sector as a good example of how to achieve this goal – thanks to unionization, workplace regulations and also the collection of data on gender, wage gaps are less prevalent in the public sector than it is in the private sector:

Across Canada, unionized women earn on average 34.3% more than their non-unionized counterparts.