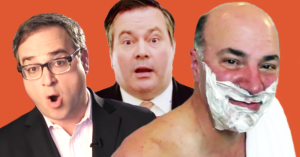 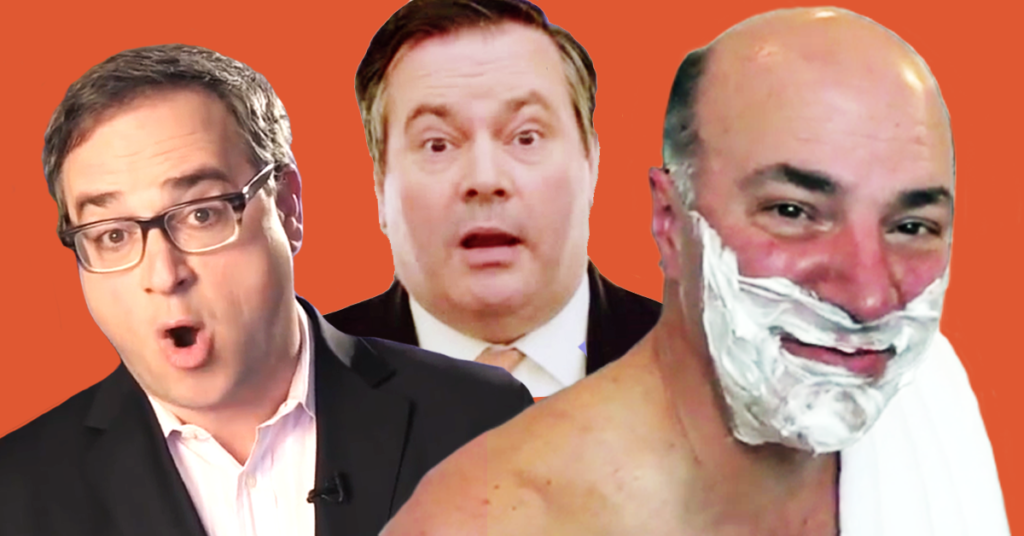 This article is more than 4 years old
year-in-review

What kind of a year did PressProgress have in 2017?

But not everyone was happy with our work – let’s take a few moments to remember the conservatives who got mad at PressProgress in 2017:

PressProgress uncovered a topless video of failed Conservative leadership candidate Kevin O’Leary ranting that having women as bosses at the CBC is “ridiculous” and claiming he “gets back at them” by not wearing pants during TV interviews.

Our story was cited far-and-wide, with everyone from the National Post’s Andrew Coyne to the Toronto Star’s Heather Mallick offering their thoughts on O’Leary’s “gesture of contempt to CBC women” – although O’Leary’s campaign released a statement insisting the celebrity millionaire has always been a “feminist”:

“It is glaringly obvious PressProgress, a notoriously anti-conservative blog, has no sense of humour … It is truly a shame PressProgress wants to distract from the great work and strides women in business have made and choose instead to twist facts to slander a person like Kevin O’Leary who has said repeatedly he is a feminist.” After the Ottawa Citizen, Globe and Mail and other news outlets followed our story, an e-mail warned the Conservative MP’s Ottawa Valley constituents that a “radical left-wing group” called “PressProgress” is “trying to silence Cheryl”:

“They see Cheryl’s Gallant Night News videos as a threat they need to shut down.” What else happened in 2017? Well, late one night, a sitting Member of Parliament tweeted ominous sounding threats after PressProgress broke a story he didn’t like.

Conservative MP Kerry Diotte tweeted: “you should be afraid, very afraid you fake news outfit.” Only problem? He seemingly sent his threatening tweet to the wrong Twitter account. Diotte ended up deleting his tweet the next morning. Whoops! Over in Alberta, PressProgress made national headlines revealing the interim leader of Jason Kenney’s party was a spokesman for an anti-LGBTQ group, we broke a big story about one of Kenney’s backbenchers linking marijuana to communism and we also obtained a leaked copy of the Manning Centre’s secret plan to improve Kenney’s bad image with Millennials.

PressProgress is earning many badges of honour: Kenney’s damage control team went into action no fewer than a dozen times responding to our original reporting  in 2017, the UCP house leader urged Albertans to stop looking at PressProgress, plus Rebel Media once remarked they “would not be shocked” to find PressProgress “lying under Jason Kenney’s car or rummaging through his garbage like an errant bear.” Speaking of Rebel Media, PressProgress stepped up its game after a Rebel host went palling around with neo-Nazis last August at a deadly white supremacist rally in Charlottesville, Virginia.

Canada’s traditional media would not touch this story, but PressProgress launched into action contacting every single Conservative MP who appeared as a guest on the alt-right website and asked a simple yes-or-no question: will you ever appear on Rebel Media again?

As for Levant: now he’s complaining PressProgress is trying to “silence” Rebel Media. So, that’s the kind of work PressProgress did in 2017.

Want to help us break more stories in 2018? We’ve established a special program backed by our most committed readers to support our original investigative journalism – we’re calling it the PressProgress Society.

We’re looking to make smart investments to support our work producing original investigative journalism on issues that matter to progressives.

Our work isn’t funded by ads, we’re a non-profit newsroom that’s powered by our readers. If you’d like to see us keep breaking news, we’re going to need your help.

We’re even willing to throw in a few perks for anyone who joins the PressProgress Society and commits to sustaining our work today: click here to learn more now.

Thanks for supporting our work. See you next year!