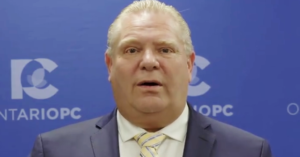 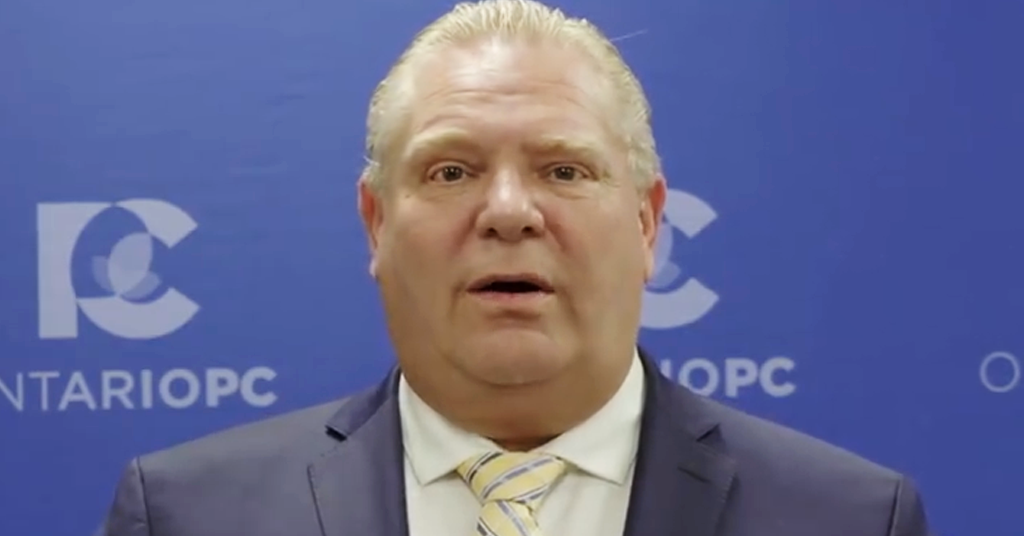 When it comes to blunders and missteps, Ford has had a very busy few weeks.

Ontario PC leader Doug Ford hasn’t even been on the job for 2 months, but he’s certainly had his fair share of blunders and gaffes.

And, as Ford remains unclear about many of the hard details of his own plans, members of the press and public alike are starting to ask questions.

As a recent Toronto Star editorial put it:

“The new Ontario Progressive Conservative leader says if elected premier he will deliver billions of dollars in tax cuts. He will tackle the province’s debt. And he will do all this mostly by weeding out government waste. Ford is promising a free lunch. Yet experience, including Ford’s own political past, dictates there is no such thing.”

With the provincial election now formally underway here’s a rundown of some of Ford’s, uh, finest moments so far.

Last month, Ford promised relief for “folks that are working their back off for minimum wage,” pledging to introduce a new tax credit for anyone earning minimum wage.

But it soon turned out that Ford’s promise has a pretty big catch.

As part of the same pledge, he plans to clawback the minimum wage from $15 to $14 by cancelling the next increase currently scheduled for January 2019.

And according to an estimate by economist Sheila Block, the minimum wage clawback would cost Ontario’s minimum wage workers a staggering $1,899 in lost wages while Ford’s tax credit would save them only $817.

In other words, Ford brilliant plan is to help minimum wage workers by taking $1,082 out of their pockets. That time he said he’d cut funding to the CBC, which isn’t provincially funded

Responding to Ontario’s 2018 budget during his first weeks on the job, Ford decided to lean on that old conservative hobby horse: bashing the CBC.

In a particularly confusing scrum, Ford seemed to suggest he could save Ontario money by cutting funds to the CBC – which is paid for by the federal government rather than the province.

Speaking in Thunder Bay a few weeks ago, Ford again resolved to save the province money – this time by firing Mayo Schmidt, the CEO of Hydro One.

Ford asked why the CEO doesn’t appear on “the sunshine list” when “everyone else’s salaries were shown,” apparently unaware Hydro One is not covered by legislation disclosing public sector salaries because Kathleen Wynne’s Liberals privatized it.

Maybe “Wynne put a kibosh” on it to keep things “hush, hush,” said Ford before promising to fire Schmidt. “I’m putting him on notice…He is gone. He is gone when we get down there.”

The Premier of Ontario can’t directly fire the CEO of Hydro One because it’s now a for-profit company (though Ford could potentially try to remove him using a complicated process likely to create much more chaos than it’s worth).

That time he appointed 11 candidates, one of whom was Andrew Lawton

Despite promising his own party members that “every single riding nomination is going to be 100 percent transparent,” Ford unilaterally appointed 11 Ontario PC candidates in a single weekend.

So much for democratic transparency.

But to make matters worse, one of said candidates turned out to be a former host at Ezra Levant’s far-right Rebel Media with a history that includes, among other things:

-Praising a book written by a far-right Islamophobe

-Criticizing the raising of the Pride Flag at London City Hall

Ford’s view of it all?

That time he promised developers a chunk of the Greenbelt

A favourite theme of Ford’s is railing against Kathleen Wynne’s secret backroom deals.

In a recently-surfaced video filmed on February 12 at a campaign event in Markham, Ontario, Ford said he’d talked with “some of the biggest developers” in Canada about developing a “big chunk” of Toronto’s greenbelt: “We will open up the greenbelt…We’re going to open a big chunk of it up and start building.”

We’re glad that’s been straightened out.