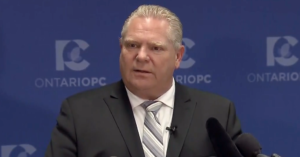 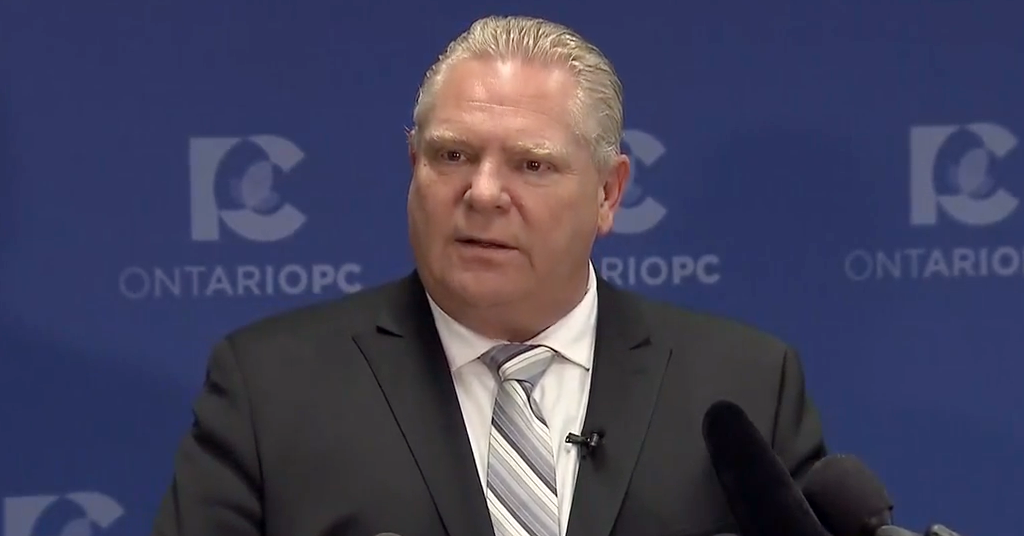 This article is more than 4 years old
Gaffe Alert

Um, does Doug Ford even know what job he’s applying for?

The new leader of Ontario’s PCs thinks he can cut funding for something Ontario doesn’t actually pay for?

Responding to Ontario’s 2018 budget Wednesday, Doug Ford raised fresh questions about his basic understanding of the issues when he offered reporters a nonsensical suggestion about how he could save Ontario money: cut funding for the CBC.

Only problem with that idea? The Province of Ontario doesn’t fund the CBC – that’s the federal government’s job.

PC Leader Doug Ford was in rare form during his #ontariobudget2018 response. Said Kathleen Wynne should have been the one “locked up,” suggested he’d (somehow) cut funding to the CBC if elected. (Photo: @johnrieti) pic.twitter.com/Jx1AJpbvm3

Needless to say, Ford’s idea left quite a few people scratching their heads:

Can someone please ask Doug Ford to elaborate on how exactly the Ontario Government would go about cutting provincial funding of the CBC? https://t.co/JetZj7TPnJ

Uh Doug, looks like you’re in over your head. The province doesn’t fund CBC. #geturfactsstraight https://t.co/EJDMshSyMN

Doug Ford can cut funding to the CBC? Brilliant! (Googles whether CBC is provincially funded.) Wait a second. I see a problem. #ONpoli https://t.co/COWG3j3khy

Even reporters, who largely gave Ford a pass on the substance and details behind his policy proposals during the recent Ontario PC leadership race, are now starting to acknowledge a “tendency among reporters and the public alike to give Ford an easy out on detailed policy questions.”

This week, a Toronto Star editorial accused Ford of making stuff up and promising Ontario voters a “free lunch”:

“The new Ontario Progressive Conservative leader says if elected premier he will deliver billions of dollars in tax cuts. He will tackle the province’s debt. And he will do all this mostly by weeding out government waste.

Ford is promising a free lunch. Yet experience, including Ford’s own political past, dictates there is no such thing.”

“Reporters asked the new Progressive Conservative leader — repeatedly — what he would do differently were his party to form government after the June 7 election, but Ford offered few details.”

The good news is that some journalists are trying to overcome Ford’s evasive pattern of “lying” by challenging Ontario’s would-be Premier to make clear, on-the-record statements about what he really believes.

Today during budget lock-up I used my question to ask Doug Ford about his remarks suggesting, if elected premier, he would change abortion laws to require teenage girls get parental permission before obtaining an abortion. See here: https://t.co/GqCk0jXbzG

But when pressed on the issue, Smith says Ford lied to reporters and blamed it on a “gotcha question” from the CBC – to be clear, Ford made the promise in an interview with a hardline right-wing anti-abortion group, not the CBC.

In his response today, he lied and said the only time he mentioned this was because of “gotcha question” from the CBC.

In March, he told socially conservative website RightNow that he would welcome allowing parents to block abortions. See link above.

Not sure where the CBC thing came from, but good example of Ford lying infront of about 100 journalists.

Ontario voters will go to the polls in two months.