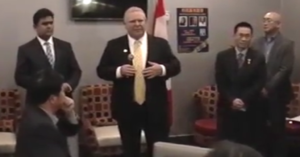 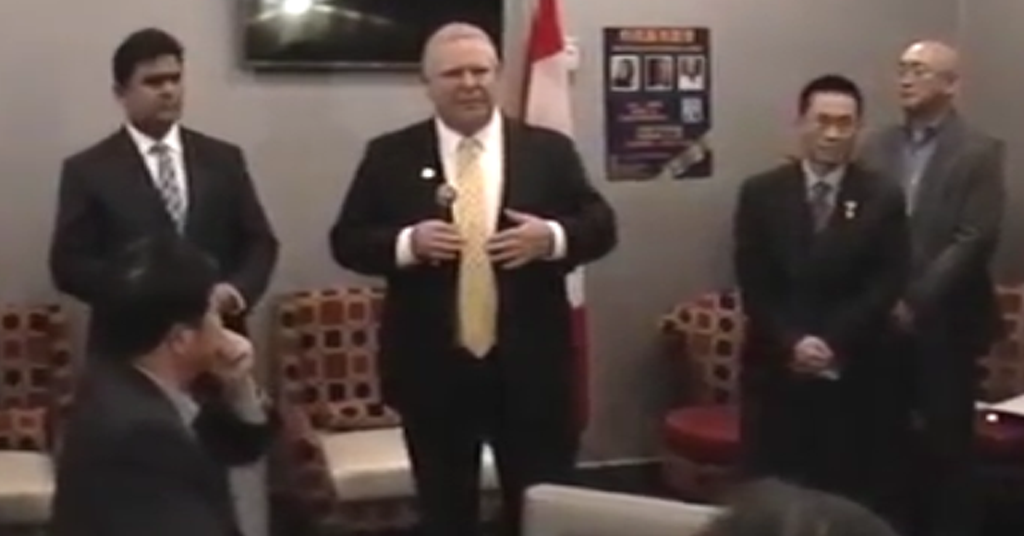 ‘I wish I could say it’s my idea, but it was their idea as well,’ Ford told Ontario PC gathering

In a newly surfaced video filmed February 12 at a campaign event in Markham, Ontario, Ford says he’s talked with “some of the biggest developers” in Canada about developing a “big chunk” of Toronto’s greenbelt.

“We will open up the greenbelt,” Ford tells a room of supporters. “We’re going to open a big chunk of it up and start building.”

Although the greenbelt protects environmentally-sensitive wetlands and forests, Ford tells supporters not to worry, because “it’s just farmers’ fields.”

And here’s the kicker: Ford says it wasn’t his idea – the idea came from developers:

“I’ve already talked to some of the biggest developers in this country, and again, I wish I could say it’s my idea, but it was their idea, as well.”

Ford has had a long and close relationship with Toronto’s biggest developers, counting on the support of local real estate tycoons to bankroll his failed run for Toronto mayor in 2014.

Ironically, at the same event, Ford railed against the “backroom deals” of Kathleen Wynne’s Liberal government, pointing to secret deals as proof that “Queen’s Park is corrupt from top to bottom.”

During the event, Ford’s official Twitter account even tweeted out that he would “stop the backroom deals” once and for all.