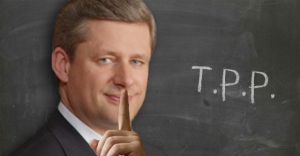 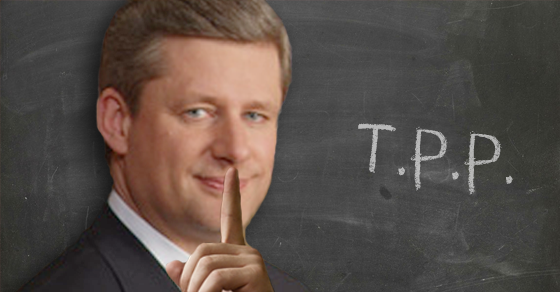 A legal expert is warning changes to copyright law under the TPP could drive-up the cost of education by hundreds of millions of dollars.

Critics of Stephen Harper’s Trans-Pacific Partnership deal have already pointed out how it could kill thousands of auto sector jobs, undermine environmental regulations and increase the cost of medicine.

Now Michael Geist, Canada Research Chair in Internet and E-Commerce Law, warns changes to copyright law under the TPP could also dramatically drive-up the cost of education in Canada.

The University of Ottawa professor says that the “biggest change” under the TPP is a “requirement to extend the term of copyright from life of the author plus 50 years to life plus 70 years,” keeping “works out of the public domain for decades.”

How does that translate into everyday life?

And higher costs for text books and other educational materials could put schools and governments in a squeeze. It could also mean additional financial burdens for students already waist deep in debt.

In an interview with Canadaland this week, Geist suggested the TPP’s changes to copyright could drive-up education costs in Canada by hundreds of millions of dollars:

“In a country like Canada we’re talking about hundreds of millions of dollars in higher costs for education as well as the loss that people have as we lose the public domain and the ability to use these works without further permission.”

Geist points to an economic analysis by the Government of New Zealand that estimates the new rules will cost that country $55 million per year alone.

But we don’t know for sure because the Conservative government hasn’t done an economic analysis.

In fact, the Conservative government doesn’t look like they even want to talk about it.

The summary of the TPP’s intellectual property changes the Canadian government released to the public last week makes no mention of this change, even though New Zealand and Japan have already publicly acknowledged it’s in the deal.

As Geist points out:

“There’s no reason to believe that Canada hasn’t agreed to extend its term of copyright … the Canadian government simply isn’t acknowledging this in its summary documents.”

Is that because they have something they want to hide?